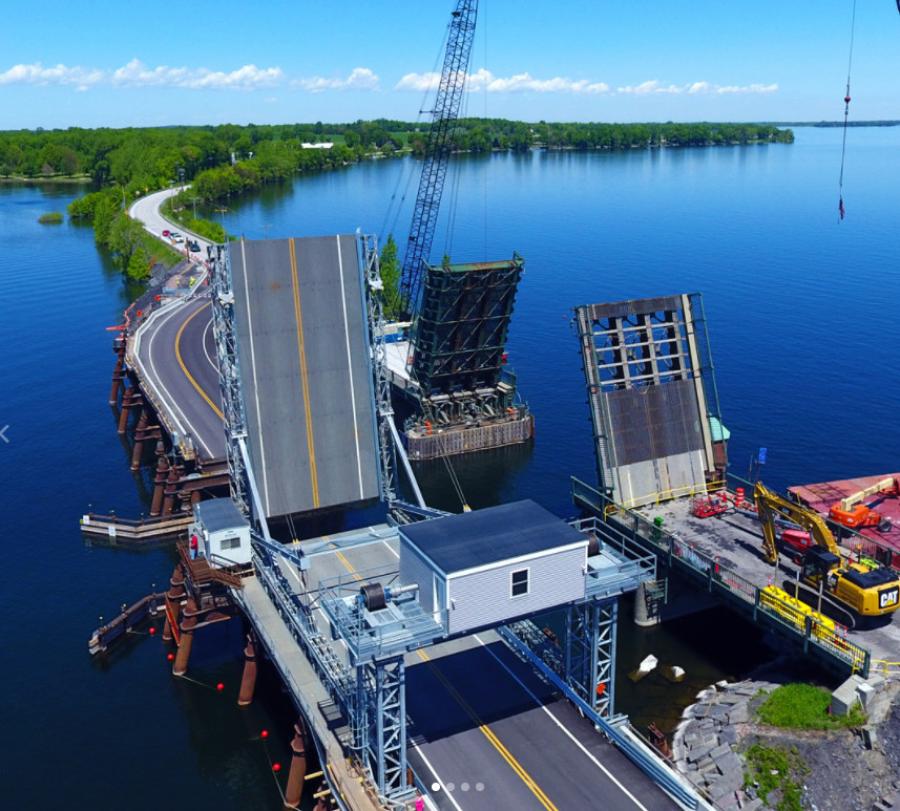 While the construction has progressed, cars and trucks making the drive between the two communities have the use of a temporary drawbridge, albeit with occasional delays, the transportation agency added. (VTrans photo)

Lake Champlain's navigable channel between the towns of Grand Isle and North Hero, Vt., is now off-limits to boats of all sizes until May 15, 2022, due to the construction of a new roadway drawbridge over the narrow waterway.

The North Hero Grand Isle Drawbridge is a historic twin leaf bascule bridge, according to Vermont Agency of Transportation (VTrans), and the only vehicular movable bridge in the state. The channel it crosses is located near the north end of the lake, close to the Canadian border.

Construction on the replacement bridge carrying two lanes of U.S. Highway 2 began in June 2018. The total project cost is approximately $73 million and the bridge will have a lifespan of 75 years.

Its predecessor was built in 1953 and, at the time, was a modern, motor-driven bridge. It, too, was a replacement for a drawbridge that for decades had been operated by hand.

While the construction has progressed, cars and trucks making the drive between the two communities have the use of a temporary drawbridge, albeit with occasional delays, the transportation agency added.

About 3,000 vehicles per day ride this section of U.S. 2 in the colder months, while twice that number do so in the summer and fall.

In a typical year, tall boat sailors ply the passage between the main lake and its eastern "inland sea" by first scheduling a reservation — provided the winter ice does not get there first.

Beginning in mid-April, the channel will open to a 40-ft.- width for boaters every Saturday afternoon through Monday morning, VTrans said in a statement, adding that a minimum of 10 ft. vertical clearance will be provided during that period.

The general contractor for the North Hero Grand Isle Drawbridge is Cianbro Corp., based in Pittsfield, Mass.

In a Dec. 3 update on VTrans' drawbridge website page, the state agency noted that Cianbro recently placed concrete for the perimeter curb on the west side of the existing bridge and is currently installing rebar and formwork for the stairs. In addition, the electrical work and interior room finishes are being completed.

On the drawbridge's east side, the contractor recently placed concrete for the suspended roof slab at the south end of the pier. The installation of reinforcing steel and formwork for the control house slab, the last slab placement at the pier, was also wrapped up the first week of December. Following that, Cianbro's crews will pour concrete for the east side control house slab and begin work on the stairways inside the pier.

VTrans added that the construction barges currently at the site may be removed from the channel for emergency purposes with four hours of notification. If the lake is frozen, though, moving the barges to accommodate emergency passage may be impractical or impossible.

A safety zone was issued to mariners by the U.S. Coast Guard Sector Northern New England that will remain in effect within a 50-yd. radius of the drawbridge, enforced from 7 a.m. to midnight, until the project is completed. 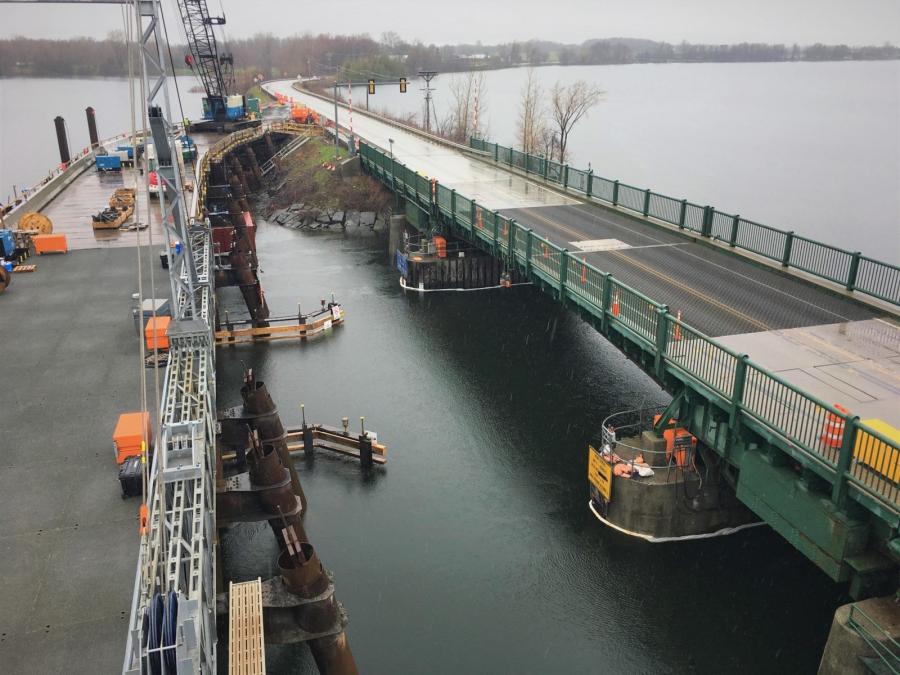