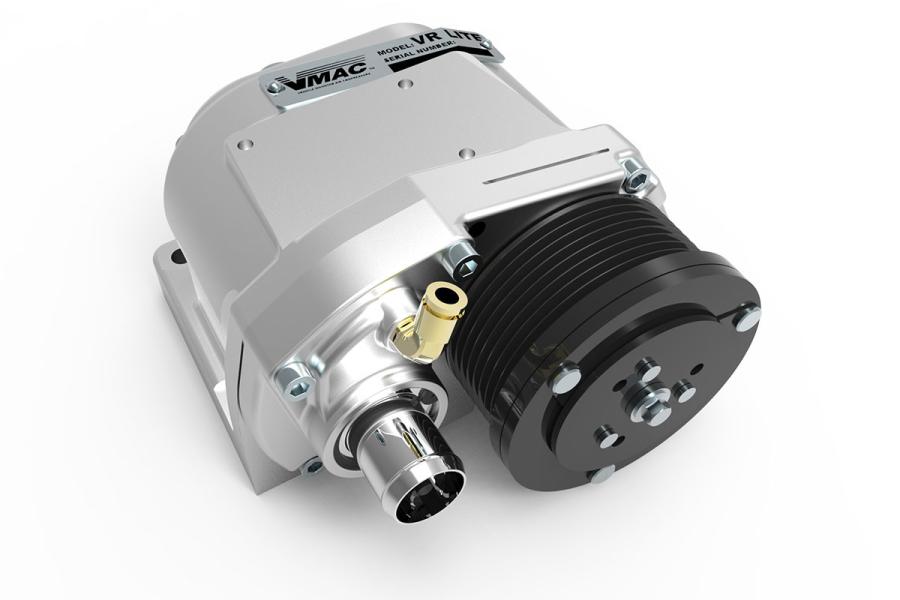 “We've seen tremendous growth in the commercial van industry in North America, as businesses introduce vans into their fleets,” said Mike Pettigrew, VMAC's marketing manager. “VMAC has responded to our customers' evolving demands by producing the Van Series of Underhood30 air compressors for Ford, GMC, Chevrolet, RAM and Mercedes-Benz models. The Underhood30 air compressor for the 2013-2017 Ford Transit EcoBoost is the latest addition to this popular Van Series.”

Weighing just 62 lbs. (28 kg), the VMAC Underhood 30 rotary screw air compressor is lightweight and compact. It is perfect for light duty applications; the compressor provides 50 percent more output of a bulkier standalone air compressor at a fraction of the weight, according to the manufacturer.

This affordable option can be installed quickly as there is minimal vehicle modification required, with the air compressor running off the van's own belt. VMAC works closely with van manufacturers to ensure vehicle warranties remain intact with the installation of Underhood air compressors.

“2017 has been an exciting year for VMAC with the launch of several new air compressors, as we continue our commitment to meeting the needs of our customers and their businesses,” said Pettigrew. “In addition to the Underhood 30 air compressor for Ford Transit EcoBoost vans, we also launched the DTM70 at NTEA's Work Truck Show in March, and just announced the Underhood70 for 2017 GMC Sierra Duramax diesel engines.”