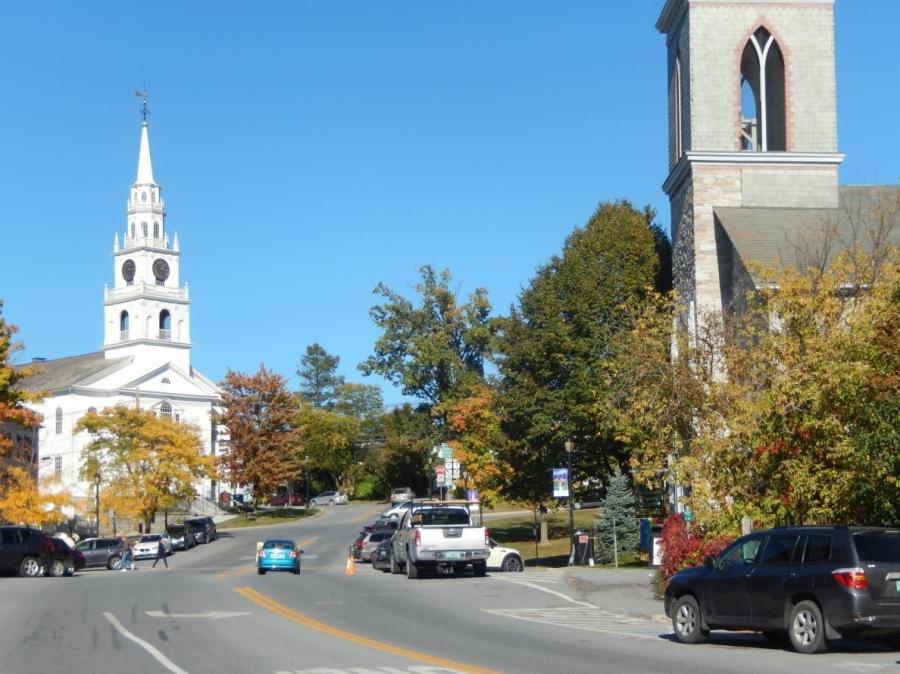 The Vermont Agency of Transportation (VTrans), in collaboration with the Town of Middlebury, is undertaking a project to replace two nearly 100-year-old rail bridges in the center of Middlebury with a tunnel. The two bridges are about 300 ft. (91.4 m) apart, with one located on Main Street/VT 30 and the other on Merchants Row.

For more than 25 years VTrans bridge inspection reports have documented the ongoing deterioration of both bridges. Concrete cracking, delamination and spalling have occurred on all bridge components. Embedded steel reinforcement is rusting and is now exposed. There is leakage through the deck and full depth holes on the Merchants Row sidewalk have needed to be patched.

The condition of the bridges limits how VTrans can respond to safety concerns. The height of the bridges is too low to install wire mesh safety nets to catch concrete from falling onto the tracks and passing trains. Concrete patching is only a short-term solution to addressing this problem. The deterioration of the fascias has compromised the support posts for the sidewalk-mounted railings. Some of these bases are cracked or rusted through. Chain link fencing was added to the railings on Merchants Row to improve safety conditions but do not meet current design standards.

The 360-ft. (109.7 m) tunnel that will replace the Main Street and Merchants Row bridges will address several deficiencies now facing the railroad. Currently, the bridges do not have enough vertical clearance for double-stack rail cars. By lowering the rail bed approximately four feet, clearance can be increased to 21 ft. (6.4 m) without impacting the grade of the road and sidewalks above.

The tunnel also will enable the alignment of the rail to change, softening the curve that currently exists, allowing better horizontal clearance for trains. Drainage improvements and covering the track will reduce the risk of icing problems that have been severe in some winters as well as ponding that occurs.

Many considerations have gone into planning and designing the project. The design team has had to balance community needs and character, local and regional mobility, construction feasibility — all while keeping the rail line active, except during the 10-week closure period, as communities along the line depend on rail for deliveries of various commodities.

Among the items the project team has focused on are:

• Placing utilities in the Printer's Alley underground so that they do not interfere with the crane needed to construct the tunnel;

• acquiring right-of-way, both temporary and permanent;

• negotiating with Vermont Rail Systems about feasible work windows that enable construction to get done without interrupting rail service;

• monitoring walls, foundations and windows of nearby historic buildings during activities that may produce vibrations;

• designing the project to mitigate risk from the 100-year flood level of Otter Creek;

• supporting a design that considers community character and aesthetics;

• creating a safe working environment for workers, motorists, and the community;

• scheduling a construction sequence to minimize community disruption; and

• developing a communication and outreach program to identify and respond to community concerns.

Before proceeding with construction, VTrans will conduct an environmental assessment in accordance with the National Environmental Policy Act.

Replacing the rail bridges with a tunnel received broad support at public meetings and was endorsed by the Middlebury Town Selectboard. The tunnel will change the town landscape by overlaying the depressed, walled rail bed that cuts through the town with green space that will link Triangle Park with the Village Green.