Walsh Equipment Holds First in a Series of Open Houses 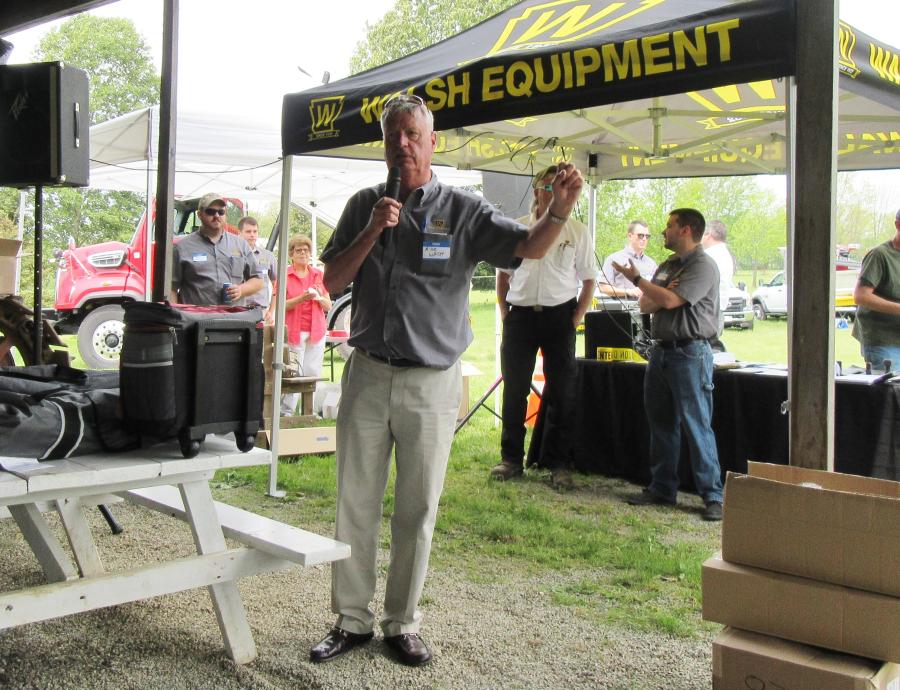 Walsh Equipment held the first in a series of four planned regional open house events on the grounds of the Pioneer Steam & Gas Society in Saegertown, Pa., on May 17. The event attracted a crowd of approximately 200 of Walsh Equipment's customers from northwestern Pennsylvania who came to see the latest equipment offerings from the dealership. JCB equipment featured prominently with two new machines — the Hydradig and Teleskid, both of which debuted in the United States at ConExpo.

Introduced worldwide 18 months ago, the JCB Hydradig wheeled excavator and tool carrier was designed from the ground up to specifically address customer needs and concerns. The five key features which inspired the machines' design are mobility, maneuverability, stability, visibility and serviceability.

With engine and pumps built into the chassis, the Hydradig's low center of gravity provides increased stability while the position of the cab offers added visibility.

The Hydradig has three steering options including 2 wheel, 4 wheel and crab steer modes, is capable of speeds of up to 25 mph and can tow a 7,000 lb. trailer.

JCB's Teleskid, with its telescopic boom, is a hybrid machine that can function as both a skid steer and a telehandler.

Both of the product introductions are powered by JCB EcomaxTier IV Final engines that do not rely on a diesel particulate filter and do not regenerate.

Attendees enjoyed a catered lunch while visiting with the Walsh Equipment personnel and manufacturer representatives from many of the dealership's equipment lines. As well as a full lineup of JCB machines, representatives from LeeBoy paving equipment, Hi-Way Equipment Company and Gledhill snow removal were on hand to present their equipment on display at the event.

According to Walsh Equipment President Charlie Walsh, while they plan to continue holding the popular events at the dealership's headquarters, this year they elected to conduct a series of smaller regional events to enable more individual time with those in attendance. The next regional open house will be Aug. 3 in Washington, Pa.

Operating as Walsh JCB, the company is a full-line JCB dealer serving central and western Pennsylvania. Along with JCB, the dealership also is an authorized dealer of J&J Truck Bodies & Trailers, LeeBoy, Rosco, Schwarze street sweepers, Tiger mowers, and Gledhill and Western snowplows.