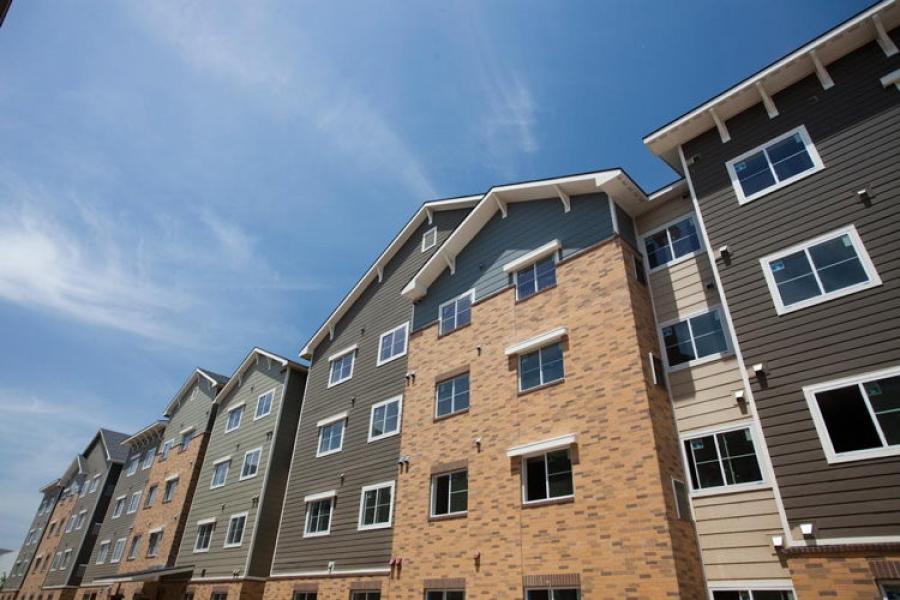 WaterWalk announced the groundbreaking of its property in in Richardson, Texas. (Hotel News Resource photo)

The planned two-building, four-story, 153-room hybrid hotel and apartment concept has a projected opening date of November 2018. Law Company of Wichita, Kan., is serving as general contractor and Woolpert of Dallas, Texas is serving as architect and civil engineer.

WaterWalk was created by entrepreneur Jack DeBoer, founder of Residence Inn (now Marriott), Candlewood Suites, Value Place (now WoodSpring Suites), and Summerfield Suites (now Hyatt House). WaterWalk's first property opened in Wichita, Kansas, in November 2014 and its second property opened in Centennial, Colo., in September 2017. Three additional locations are under construction and seven construction starts are planned for the next eight months. The next two locations to open will be San Antonio, Texas, in March 2018 and Las Colinas, Texas, in May 2018.

WaterWalk combines the space and comfort of apartment living with the services of an upscale hotel. Business travelers staying a few nights to several months for relocations, training or projects gain an added level of comfort and convenience with a fully-equipped modern kitchen, full-size in-room washer and dryer, housekeeping and customized breakfast options delivered weekly to their suite. Guests also enjoy an onsite fitness center, 300 DirecTV channels and a DVR, internet and 24/7 front desk service.

For those seeking an improved apartment experience, residents of WaterWalk get more for their money with all utilities, internet, DirecTV with 300 channels, and a DVR included in one monthly payment. Additional benefits include a washer and dryer in each unit, flexible lease terms, 24/7 front desk service, an on-site fitness center and the savings and convenience of no security deposit, administrative fee, or utility deposits.

Upon completion, WaterWalk Richardson guests will experience additional amenities not yet seen before at previous WaterWalk locations with the planned introduction of WaterWalk Prototype 4.0. New amenities will include a beautiful outdoor swimming pool with a lounge area along with an expansive outdoor green space. WaterWalk Richardson also will be the very first WaterWalk location to have balconies and a spacious new lobby. The open concept will invite guests and residents to linger and connect with one another at the coffee bar or over a televised sporting event on the 70” flat screen television in the media room. A high level of attention will also be paid to selecting comfortable and stylish lobby furniture to further enhance the guest experience.

“WaterWalk is eager to add another WaterWalk property to the thriving Dallas, Texas, area and we're honored to be doing it with MBC's founding partners: Rob Mossburg, Chris Copps and Bill Booth,” said David Redfern, president of WaterWalk.

“MBC Partners could not be more pleased to break ground in Richardson with its second WaterWalk franchise, and to have invested in two of the country's most dynamic markets,” said Rob Mossburg. “We look forward to a smooth construction period, a strong pre-opening sales effort, and witnessing the operational talents for which WaterWalk management is well known.”

Companies using WaterWalk for their corporate housing needs will find a particularly convenient added level of service compared to other corporate housing facilities, including a national sales team, full support staff on-site 24 hours a day for any guest needs, increased flexibility in arrival and departure dates, and the convenience of a 24-hour notice to vacate.