If completed, the pipeline would transport up to 830,000 barrels of heavy crude oil daily from Canada to Steele City, Neb. 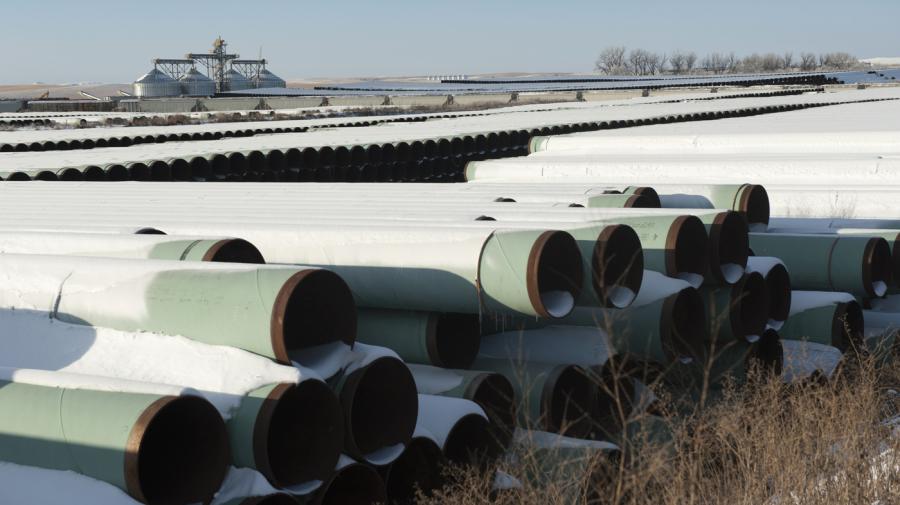 According to TransCanada Executive Vice President Paul Miller, the company will decide whether to begin construction on the $7 billion pipeline after the open season is complete (Photo Credit: Andrew Cullen/Reuters/Landov).

Keystone XL pipeline developer TransCanada announced July 28 that it is launching an open season in an effort to secure additional bids to support the pipeline's construction. The company invited interested parties to bid until September 28 for contracts to ship oil on the pipeline that would establish a connection between Alberta, Canada's oil sands and U.S.-based refiners and export opportunities, Politico reported.

According to TransCanada Executive Vice President Paul Miller, the company will decide whether to begin construction on the $7 billion pipeline after the open season is complete.

“In November we'll make an assessment of commercial support and [Nebraska's] approval,” Miller said. “In the event we do decide to proceed on the project, we'll need six to nine months” before any construction would begin, Politico reported.

Although the company has said it is confident in the project, Politico reported that this open season is an acknowledgement on TransCanada's part that there simply may not be enough demand to see the project through to completion. Right now, the company still must find enough customers to support the project and obtain approval from Nebraska regulators for its route through the state.

If completed, the pipeline would transport up to 830,000 barrels of heavy crude oil daily from Canada to Steele City, Neb., where it would then be transported to refiners in the Midwest and the Gulf Coast before being exported, Politico reported.

However, refiners have been effectively using rail cars and other pipelines to deliver crude oil from Canada. In fact, Canadian oil imports have grown 52 percent from 2008, when TransCanada first proposed building Keystone XL, to 2016, Politico reported.

Another issue is that developing oil demand is coming from Asia. To reach these customers, it is thought that Canadian oil shippers would rather ship their product to the west coast using Kinder Morgan's proposed TransMountain pipeline or rail cars, said Rusty Braziel, president of energy consulting firm RBN Energy.

Despite this, TransCanada spokeswoman Jacquelynn Benson said the company still has shipper support, and is committed to the project. Benson said, “We are confident that we will have the support we need to move this project forward as seek additional shipper commitments through the open season,” Politico reported.