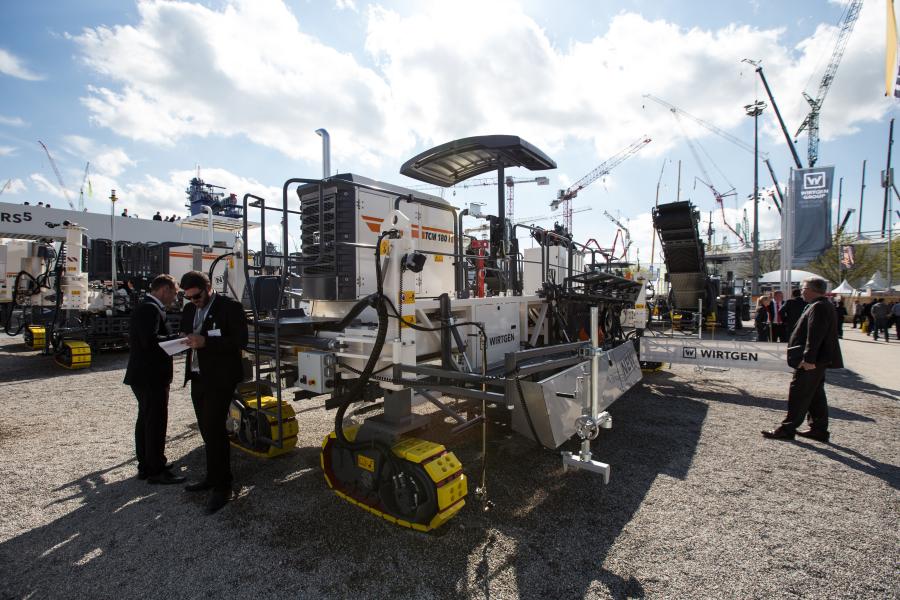 The modular design makes the self-propelled TCM 180i texture curing machine suitable for working widths from 13 ft. 1 in. (4 m) to 59 ft. 1 in. (18 m). Available in numerous equipment versions, the TCM 180i can be used to produce all manner of surface textures.

As soon as concrete has been paved by the slipform paver, it must be protected without delay to prevent curing moisture from evaporating, as this causes tension which, in turn, leads to cracks. When paving concrete, the curing unit, with its automatic spraying and brooming system, follows directly behind the slipform paver to produce the desired surface texture. Finally, the spraying system applies a coating to the fresh concrete to retard evaporation of curing moisture.

A new engine unit means that the TCM 180i now has the most eco-friendly engine technology in compliance with emission level EU Stage 4 / US Tier IV Final. The engine also can be equipped with an additional diesel particulate filter (DPF).

With its new operating concept, the curing unit can now be operated intuitively, just like the Wirtgen slipform pavers of the SP 90 and SP 60 series. In addition to a more modern and clearer arrangement, the operator's console also features a number of new service and control functions, optimizing the work process.

Its new hydraulic concept has a positive impact on the work process, for the traction drive can now be switched at different speeds, for example, between working and transport mode. Proportional control supports precision height adjustment to meet every requirement.

Additionally, Wirtgen has enlarged its range of different surface textures to cater to the diverse wishes of its customers around the world. In addition to the established functions of transverse brooming and spraying, longitudinal brooming and spraying — and even the application of a diagonal finish — will be possible in the future. The machine also can be fitted with mounts for a burlap or synthetic turf.