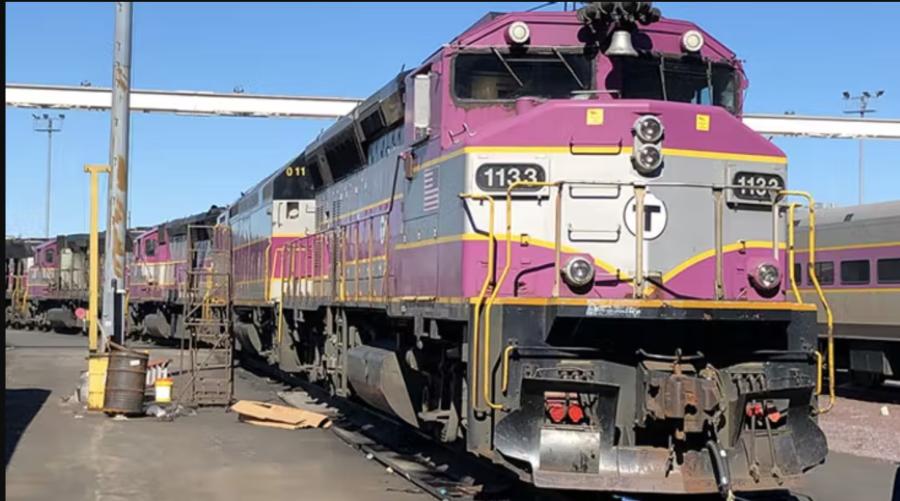 The bill allocates $250 million toward the long-sought east-west rail project, which the bill said, “shall include Pittsfield to Boston service via Springfield, Palmer and Worcester.” (Photo courtesy of Mass Transit)

The Massachusetts House of Representatives took a major step June 23 toward injecting billions of dollars into work on the state's transportation and environmental infrastructure — including $250 million toward a possible east-west rail extension.

The House voted 155-0 in favor of a nearly $11 billion infrastructure bond bill after approving a mega-amendment that tacked on about $560 million in additional spending, mostly consisting of local earmarks, as well as new reporting requirements for the beleaguered Massachusetts Bay Transportation Authority (MBTA) amid a federal investigation.

Hundreds of millions of dollars from the bill are to be used for fixing glaring safety issues at the MBTA, the State House News Service (SHNS) in Boston reported.

Before sending it to the floor for June 23's debate, House leaders bulked up the bill with $250 million to be used as a down payment toward a western Massachusetts rail extension and $400 million that the MBTA would use to correct harrowing safety problems identified in an ongoing federal investigation.

The bill allocates $250 million toward the long-sought east-west rail project, which the bill said, "shall include Pittsfield to Boston service via Springfield, Palmer and Worcester."

The down payment would be for "transportation planning, design, permitting and engineering, public hearings and engagement, acquisition of interests in land, vehicle procurement, construction, construction of stations and right-of-way acquisition," the House Ways and Means Committee said prior to the vote.

Leaders earlier called for more deliberation about the "oversight structure, capital and operational funding" of the project after Gov. Charlie Baker and members of the state's congressional delegation said they had agreed to a "path forward" for the proposal.

But SHNS noted that it stops short of fulfilling U.S. Rep. Richard Neal's call for the Legislature to create a new public agency to oversee rail service in Western Massachusetts. Instead, it proposes creating a new commission to examine whether an existing entity could build and operate the rail expansion.

A Massachusetts Department of Transportation (MassDOT) study in 2020 forecast that extending passenger rail from its current endpoint in Worcester west to Palmer, Springfield, Chester and Pittsfield would cost between $2.4 billion and $4.6 billion while attracting hundreds of thousands of riders per year.

Senate Likely to Overcome Any Objections to Pass Bill

The infrastructure bond bill now heads to the Senate, where top Democrats have not signaled if they support setting aside a pool of money for the MBTA's safety response.

A spokesperson for Senate President Karen Spilka did not directly answer a question from SHNS about whether she supports the additional MBTA dollars, saying only that the Spilka "looks forward to reviewing the bond bill in its entirety."

Spilka's spokesperson took note of a joint statement from the senator and House Speaker Ronald Mariano on June 21 in which the duo announced they would seek an MBTA oversight hearing but stopped short of taking a position on funding to respond to Federal Transit Administration (FTA) findings.

Their statement did make clear that both leaders "expect to increase the amount of available funding" for east-west rail, according to SHNS.

"The T has needed additional infusions of resources for quite some time, and the Baker-Polito administration has been making some of those infusions together with the Legislature," Tarr told SHNS. "It seems to me that we have some serious safety issues that need to be addressed at the T. Part of the consideration here needs to be how will the additional resources be used to improve safety as opposed to just expanding the system?

"That's particularly my concern with the western expansion," he added. "I think there is good reason to proceed with that, cautiously, but first and foremost we need to think about how we improve the safety of the MBTA.

"We need to think about resources that need to go to that, but we also need to think about the continuing levels of subsidy for the operation. Years ago, we had agreed to forward funding in trying to make the T self-sufficient. Given what's happened with the pandemic, that simply is not possible, and we're still in a period of recovery, in my opinion, but we need to think about how those dollars are used."

SHNS reported that the new infrastructure bill would steer about $2.8 billion toward the federal highway system in Massachusetts and another $1.35 billion to non-federally aided roads and bridges in the state.

It also calls for more than $1.3 billion to support MBTA capital improvements such as electrifying commuter rail trains and replacing the Green Line fleet, $200 million to promote or support electric vehicle rollout, nearly $65 million for regional transit networks and authorities, and several other spending provisions.

Baker kicked off debate by filing a $9.7 billion bond bill in March that he and his deputies said would maximize the impact of federal dollars flowing to Massachusetts under a new infrastructure law and position the Bay State to compete for more grant funding.

President Biden's bipartisan infrastructure law made billions of dollars available to states in competitive grants, but to get in the running, the Massachusetts Legislature needs to approve all its spending upfront before the federal government reimburses.

About $3.5 billion of the original pot Baker proposed would put state dollars on the table toward grants, according to SHNS.