Work Could Begin Next Fall on Downtown Knoxville Ballpark 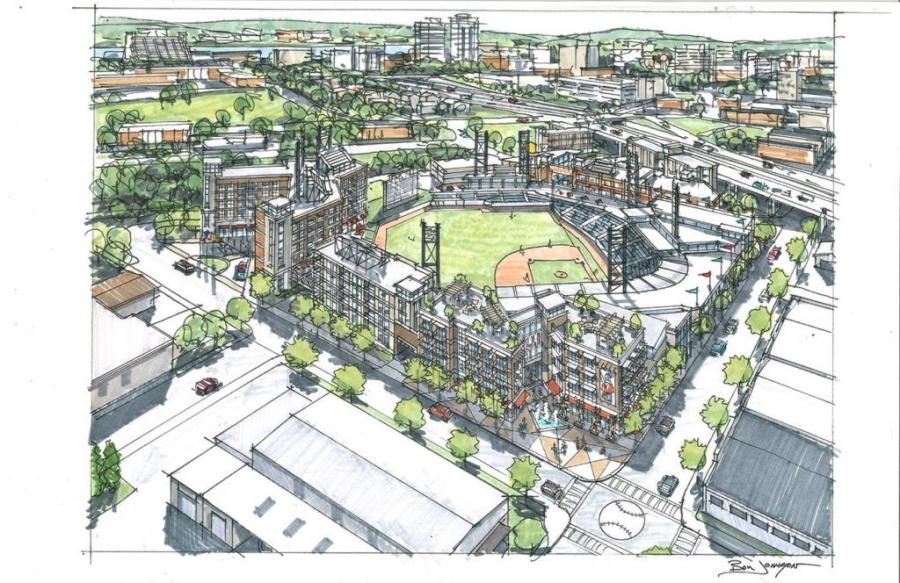 The $65 million stadium would be the anchor for a proposed $142 million mixed-use development in Knoxville’s Old City area. (Tennessee Smokies rendering)

Boyd is president of the University of Tennessee System, and a local businessman, who has assembled seven acres for the ballpark and associated development in what has been an industrial part of Knoxville. He had been meeting privately with city and county political and business leaders for months about his plans as his current lease for Smokies Stadium expires in 2024 and nearby Sevier County was reportedly looking at development alternatives for the ballpark site.

Now, Boyd has worked with Knoxville city and Knox County officials to create a proposal for a sports authority to finance, build and operate the new ballpark.

"A potential schedule would be that the city and the county – [through] the sports authority – bond the project in late spring, early summer of next year, and we would begin construction in the third quarter of 2021," Boyd told the Knoxville News Sentinel. "The hope – and this is a very aggressive schedule – is being able to say, ‘play ball' in April of 2023."

Sports authorities are allowed under state law to keep state sales tax generated by the facility — 7 percent on items like tickets, concessions and merchandise — to be funneled back to the city and county to pay off debt to construct the stadium. According to the News Sentinel, local bond attorney Mark Mamantov said the sports authority could generate "probably between $300,000 to $400,000 a year depending on how the team does."