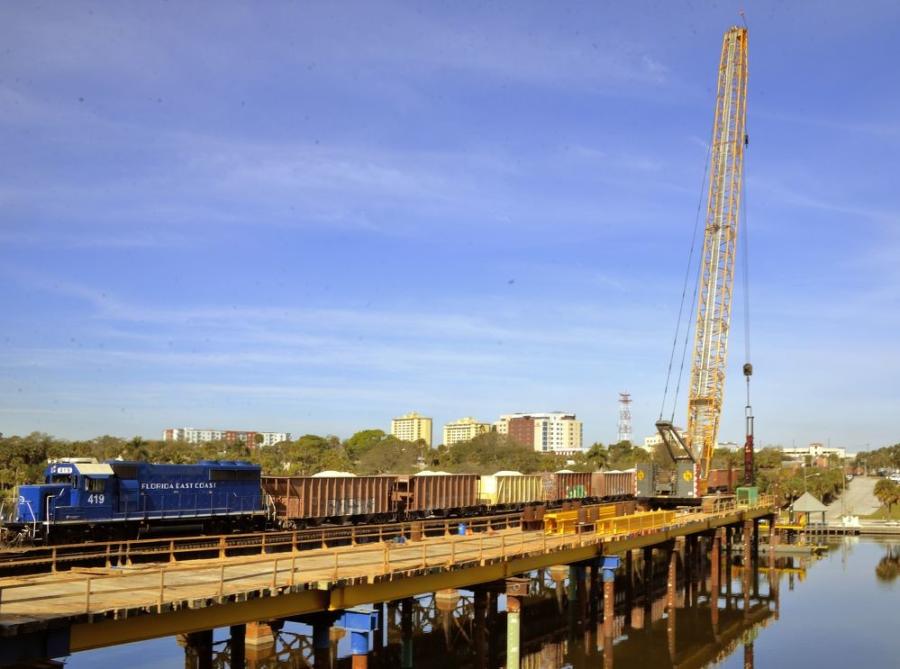 When 95 percent of its fleet is working every day, that's good for the crane company. But it makes for a chaotic workload for estimators and dispatchers, the folks who have to fit the crane to the job.

When the customer calls, it helps if he knows as much as possible about the project so all the bases are covered with the right rig and operator.

"It's been a very good market for the past few years," said Ole Pedersen, estimator/project manager of NessCampbell Crane + Rigging, Portland, Ore.

"We like to call it organized chaos," he said of the fast-paced environment in which he works.

NessCampbell typically runs 120 cranes in a given week. The number fluctuates because the company sometimes rents cranes itself. 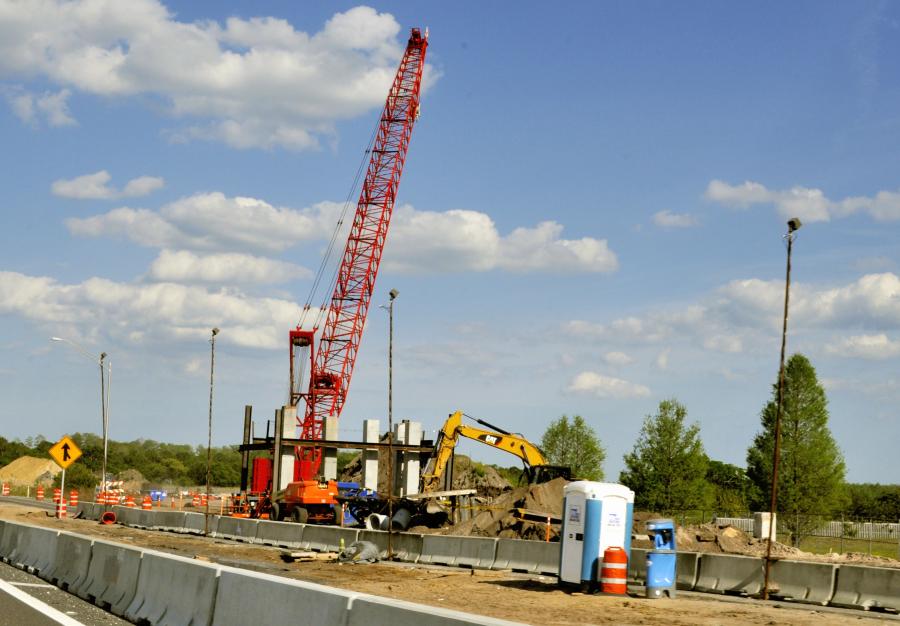 "As we get busier, we rent machines and operate them with our own staff," said Pedersen.

The company maintains a fleet of 60 cranes in each of its locations in Seattle and Portland. The majority are rubber-tired mobile cranes.

Hydraulic truck cranes and all-terrain cranes dominate NessCampbell's fleet. And the company operates much like a taxi-crane service.

"The schedule is crazy," said Pedersen. "We drive the crane to the site, set up and make the lift. The majority of our calls are one- or two-day jobs, so we need to get in, get out and on to the next job."

He and a team of NessCampbell estimators and dispatchers work diligently, "to keep up with everything customers throw at us on a given day."

And what customers don't know about their projects may be very little in the eyes of an estimator.

Pedersen said about 90 percent of his customers need to be educated about the factors that must be taken into account to choose the right crane.

"They know what they need to have happen, they just don't know what size machine it takes."

So, he starts with the basic questions: "Are we going to set up in the street or in a parking lot? What is access like to the site? How tall are any adjacent buildings?"

Then there's the question about load radius — how far in to the structure does the operator need to take the load?

Is the load being placed on a building? How close can the operator get to the structure with a crane?

"Another big question: What capacity percentage is allowed by the general contractor on the site?" said Pedersen.

He also asks what kind of rigging they need for the load.

"A lot of times I ask them to send cut sheets of the load being lifted, maybe show rigging attached to it and how heavy the pieces are."

Pedersen said many times customers don't understand just how big the crane actually is with outriggers out. They think the crane will fit in one lane of traffic.

"With pads on the ground, a crane footprint's is going to be about 30 feet wide. That surprises a lot of people, how wide the crane is with outriggers."

If multiple counterweights are involved, people don't always realize the staging space involved, including trucks and trailers to haul everything to the site.

"Good access is needed, not just for the crane but to support the loads that come along with the crane." 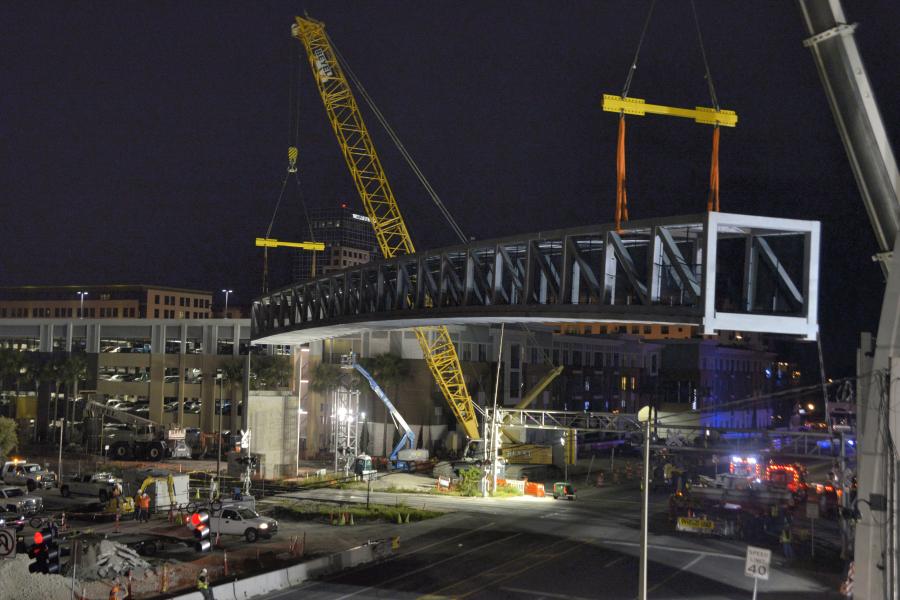 If space is lacking and the crew can take only one truck in and out at a time, it takes longer to assemble the crane.

If a boom extension or luffing jib has to be installed, room is needed to perform that task.

"Every job is different," said Pedersen. "Each job is unique and should be priced on a job-by-job basis."

He said many customers make assumptions like this one. Some plug in a crane number without talking to the estimator first.

"People will call and request a specific crane. I want to run through all scenarios of the lift, the load weight, the rigging on the crane," said Pederson.

Once he gets the basics of the project, he still goes out to look at the job site before he quotes the job, "just to verify."

Pederson is clear it's simply a matter of working smarter. "I don't want to send a crane and not have it do the job."

So, he spends time out looking at projects before he sits down at his computer to create a lift plan and job quote.

"Except for the projects that need to be engineered — we have in-house engineers on the big lift plans. But for most basic projects I do my own lift plans."

Often, customers are savvy enough to know exactly what they need in a rig for their job. Pedersen said that's only about 5 percent of his clients.

"A lot of times companies have their own cranes," said Pedersen. "They do know about cranes and load charts, sizes and accessibility and what needs to happen in site prep for the crane to set up safely."

More than half of Beyel Brothers' customers are repeats and know their way around a crane.

"Most of our customers on utility projects are customers we've had for years, and they know what they need.

Beyel does have many new customers so it does not bid a job without sending out a crane consultant.

"We like to call ourselves ‘problem solvers,'" said Beyel. 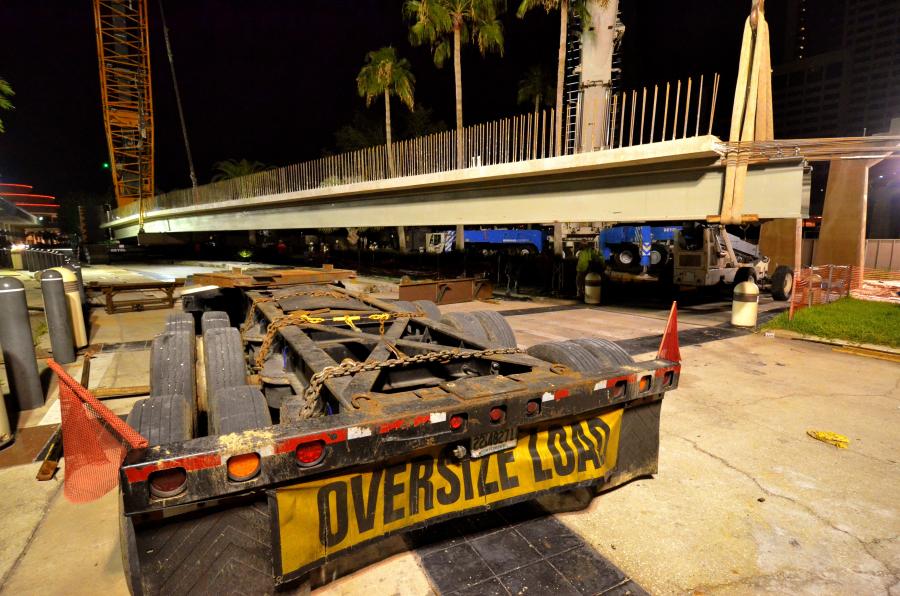 "We go out, take a look at the job and then decide on the best piece of equipment to do their project at the best price for the job."

But the process always begins with the questions about job location and conditions.

"We ask what kind of surface the crane will be working on. Is it sand, asphalt or concrete?" said Beyel.

Then, he'll get more info on the job itself. "What kind of job is it? Are we lifting light poles, setting a transformer, placing an HVAC system or roof trusses?"

To decide on the best crane for the job, he needs load capacity, weights, radii, elevations and ground conditions.

"We have to know what's underneath, what the crane is being set on top of."

He said customers often don't consider whether there is clear access to the job site.

Not only are power lines an obstacle, but trees can get in the way. So can septic tanks and water mains, gas lines, even sprinkler systems.

"When you pull up to an industrial site, you need to know whether there are underground utilities and the ground-bearing pressure on the outriggers," said Beyel.

Beyel Brothers runs about 250 cranes in capacities from 5 tons to 1,200 tons. The fleet includes 75 all-terrain cranes, 75 rough-terrain cranes and 75 crawlers.

Both Pedersen and Beyel love that they do. They like the fact that there's never a dull moment in the workday, and the pace is a quick one.

"We do some very unique jobs," said Beyel. "There are so many different types of jobs that we handle."

He said every day is a new challenge and a new experience in this business.

Pedersen views his work much the same way.

"I feel like I run into new challenges every single day, doing something I have not done before, and going places I have not been before," he said.

His ultimate goal is safety. "I want to make sure that what they spec out is correct," said Pedersen.

"I want to make sure everything happens safely on anything we do." And he summed up his work this way: "Crane rental can be chaotic." CQ