Year Two of Cuomo's $21.1B Investment Resumes in Albany 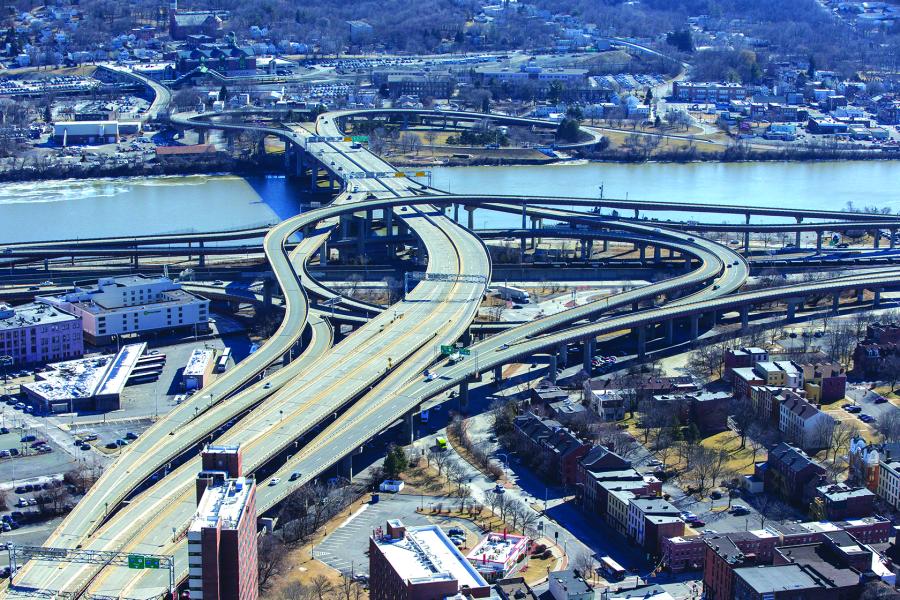 Gov. Andrew M. Cuomo announced that work on a $22.4 million project to rehabilitate the South Mall Expressway in Albany is now under way.

Gov. Andrew M. Cuomo announced that work on a $22.4 million project to rehabilitate the South Mall Expressway in Albany is now under way. This is the second year of a three-year project that is part of a larger $21.1 billion investment in roads and bridges across New York State. Lane shifts were scheduled to begin April 17 as work resumes on the South Mall Expressway, which connects Interstate 787, the Dunn Memorial Bridge, the Empire State Plaza and downtown Albany neighborhoods.

“The South Mall Expressway rehabilitation is critical for residents and commuters, as it is a key route to the Empire State Plaza and government buildings in Albany,” Cuomo said. “Last year's construction was performed with minimal disruption to drivers, and as work continues this spring, repairs completed by New York's hard-working men and women will keep this expressway safe, and resilient for years come.”

Work on the South Mall Expressway, which carries approximately 21,000 vehicles each day, will largely occur from inside the tunnels and underneath the Empire State Plaza to I-787 and the Dunn Memorial Bridge, in the outbound direction. The project includes:

• replacing the concrete driving surface of the four bridges that carry the expressway over 787 and city streets;

• structural repairs to the four bridges, including joint and bearing replacements;

• repairs to the pavement exiting the tunnel; work on the connecting ramps; and

Nighttime work on the project, scheduled to be completed by fall 2018, began in March. Work in 2018 will be performed primarily underneath the bridge and is not expected to impact expressway traffic. In 2016, construction began on the inbound direction and remaining work will occur mainly off-peak, on the weekends and at night, and will include completing pavement rehabilitation on the stretch from Grand Street through the plaza tunnels.

Consistent with Gov. Cuomo's Driver's First initiative, the project has been designed to minimize impacts to expressway traffic. Work that will most affect travel lanes has been scheduled for summer months, when traffic volumes are lower.

From April until the end of June, work will occur on the outbound lanes from the Plaza to the Dunn Memorial Bridge, including ramps connecting to I-787. During this time, Rensselaer-bound traffic will encounter a lane shift. Nighttime prep work is currently under way.

From July 5 to Labor Day, one of the two outbound lanes leading to I-787 will be closed and Rensselaer-bound traffic will continue to be maintained. Traffic exiting the Office of General Service's East Garage at the corner of Philip Street and Madison Avenue will continue to have access to the expressway, but motorists should be aware of lane shifts and temporary yielding conditions.

Also this summer, the eastbound on-ramp from South Pearl Street will be closed for up to 30 days with a detour; the exact dates will be announced well in advance of the closure. Periodic removal of parking spaces directly underneath the expressway will occur throughout the project.