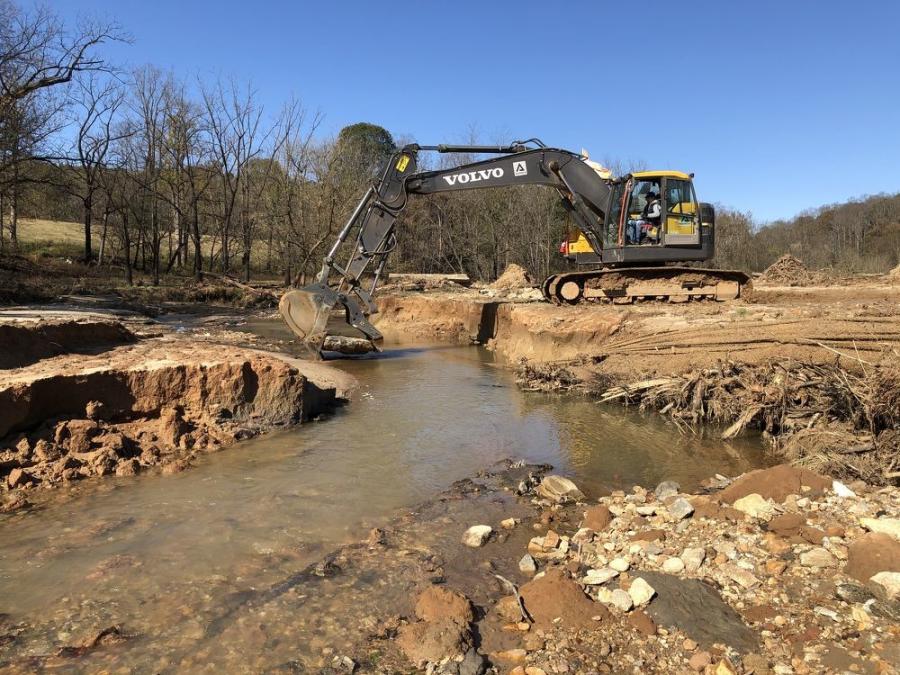 Before starting the work in the mountains, Riley Lecka and Wildlands made sure they had the right construction equipment for the project, like this Volvo ECR235E excavator.

The practice of engineering stream and wetland restoration has been in use for thousands of years — ever since humans first realized they needed to keep their waterways healthy to drink and safe to travel upon.

But doing so in an ecological sense using highly trained engineers and professionals is a relatively new discipline, one that has gained much more growth and prominence in the past several decades.

Stream, or river, restoration is a set of activities that aim to improve the environmental health of free-flowing waterways by bringing them back to their original states in support of biodiversity, recreation, flood management, landscape development or a combination of these goals.

In the Southeast, one company quickly making quite a name for itself in this line of work is Wildlands Engineering, founded in 2007 and based in Charlotte, N.C.

Made up of a team of dedicated, motivated and skilled hydrologists, ecologists, geographic information system (GIS) analysts, stream designers and wetland and riparian buffer restoration experts, Wildlands has years of experience in all aspects of stream and wetland restoration, watershed planning and assessment and water quality best management practices.

To help in its efforts, the company also has a subsidiary, Wildlands Construction, operated by a young, but very experienced environmental stream restoration expert.

At 34 years old, Riley Lecka has been working in the field for more than half his life, having started waterway repairs as a teenager in his native western North Carolina, following several hurricanes and storms that roared through the region in the early 2000s.

It was during this time that he met what is now senior leadership at Wildlands Engineering. These early relationships led Lecka to join forces with Wildlands in 2019 to form Wildlands Construction. He serves as the firm's director of construction services. 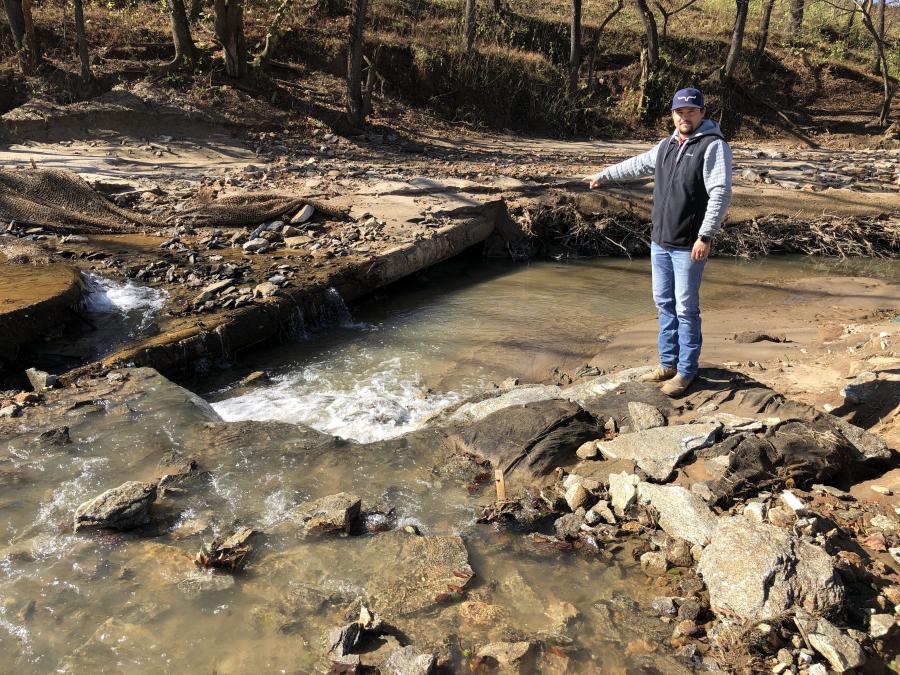 Lecka grew up in Banner Elk, a small resort town high in the Blue Ridge Mountains of the Tarheel State, where as a kid he loved being around the nearby rivers and streams that flow off some of the tallest peaks east of the Mississippi River.

"When I was 15 years old, I got my first itch for rivers and how they worked, but also just the creative solitude that I found working on them," he said. "The rivers and streams have allowed me to find the delicate craft of creating features, living habitats, natural channels and enabling me to become who I am today."

Natural systems, such as streams and wetlands, can become degraded over time due to human manipulation often exacerbated by catastrophic natural events such as tropical storms. Restoring those ecosystems gives nature a boost in regaining stability and establishing a self-maintaining natural system — exactly the type of work Lecka has been trained to do.

"I got into a program to start doing stream restoration and repairing small areas blown out due to a hurricane or high water," he said. "I had learned to run equipment at a young age and realized it was a specialized industry, it was creative and I could build something that was very natural, unlike a highway. Those qualities are what made me fall in love with this type of work."

Since then, he has been involved with many different types of projects across 47 states where he has helped install, by Lecka's own count, about 300,000 linear ft. of stream restoration.

There are several different ways to go about repairing a damaged creek, stream or small river, he said, but what Wildlands does is apply its highly developed mitigation processes. In doing so, it is often helping to progress the local or regional development while offsetting impacts to the affected waterways. 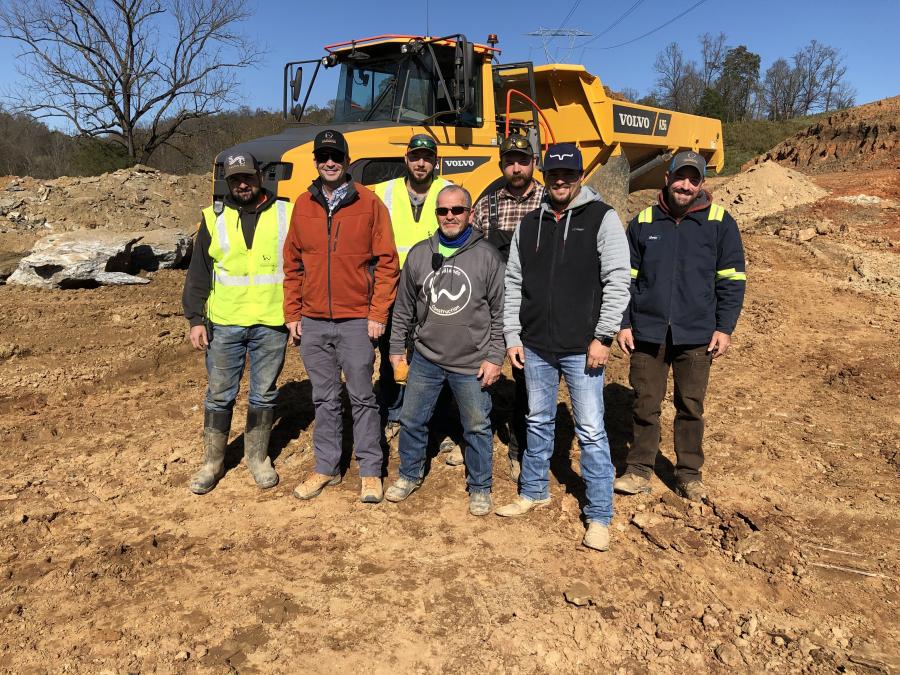 "We are a turnkey company that locates, say, a farmer who owns 500 acres of property that has seen a natural waterway damaged by a road project," Lecka said. "We will buy a conservation easement on his property and do a needed stream restoration there — completely reconstruct the entire stream, including the banks, the bed surface, the slopes, grass and timber vegetation."

In that scenario, Wildlands obtains wetland or stream mitigation credits used to offset ecological losses in the same wetlands due to urban and suburban development. The company can then sell the credits to groups that need to impact streams to build their projects, such as a state transportation department or commercial developer, to satisfy their environmental permit needs prior to impacting wetlands or streams.

"Any time there is an action, like building an interstate through a wetland or someone disturbing the flow of a stream, we are the reaction," Lecka said, adding, "but the reason why we restore streams is to prevent sediment loss from eroding streambanks and restore habitat for the fish and bugs that live in them."

In May 2020, Wildlands began a project in Wilkes County, N.C., in the foothills of the Blue Ridge, that perfectly illustrates the type of work Lecka and his team often perform.

What sets this contract apart, though, is that the 23,000-linear-ft. stream restoration also is the largest the company has ever constructed in this river basin.

"This is in the Brushy Fork Mountains with about a 20- to 25-square-mile drainage area that runs into our stream project, flows through the South Fork Fishing Creek and all the way down into the Yadkin River," said Lecka.

Prior to performing their work, he and his team examined the damaged stream, looked at the channel's size, noted how much erosion had been going on, and determined the amount of stream restoration credits that could be obtained from the project.

"This one was in pretty rough shape due to cattle that free grazed the land and moved on to the water to drink, in the process destroying the stream bank by walking across it," he said. "That was a big factor in the damage."

The landowner was pleased that Wildlands was offering to make what amounted to a small land acquisition.

"We came in, talked to him and offered to pay him for the easement," Lecka said. "That allows him to make a little bit of money."

Before starting the work in the mountains, Lecka and Wildlands made sure they had the right construction equipment for the project. 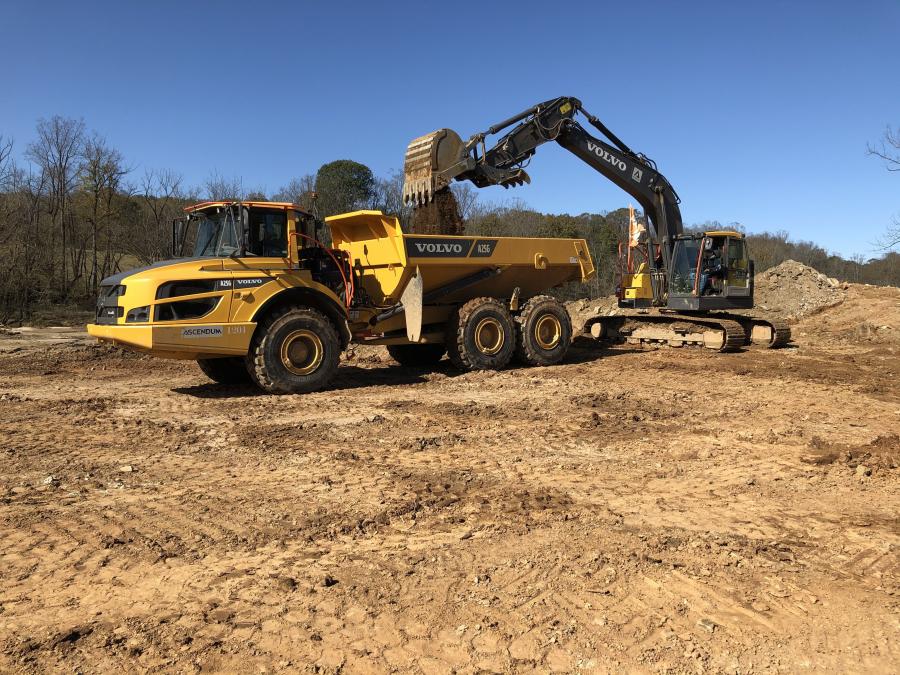 No matter what is required, they have placed their trust in the Volvo machines they get from Charlotte-based Ascendum Machinery. With more than 60 years of experience, Ascendum is widely known for its dedicated and knowledgeable staff, the price points contractors want and a commitment to maximum uptime, quality service and parts availability, according to the company.

Lecka works primarily with Steve Brown, his Ascendum sales representative in the Asheville dealership, but he buys equipment from both that location and the Charlotte branch, he said.

"Years before we started Wildlands Construction, I traveled all over the U.S. with my previous company and Volvo was a very big partner of mine then, too," Lecka said. "We tend to rent quite a bit of Volvo equipment, which led me to decide to buy some of its machines, such as a Volvo 235 excavator, a Volvo 145 excavator, and an A25G off road articulated truck. Each of them has more than matched our needs and we run them daily on all our tasks."

With the durable Volvo equipment on hand, Lecka and the Wildlands crew are set to complete the Wilkes County project in February.

They also are working from an all-new natural channel design involving multiple steps of alignment, surface work and structural work, the latter of which includes building a series of cross-vanes to create scour pools in the river, giving the fish enough water depth. 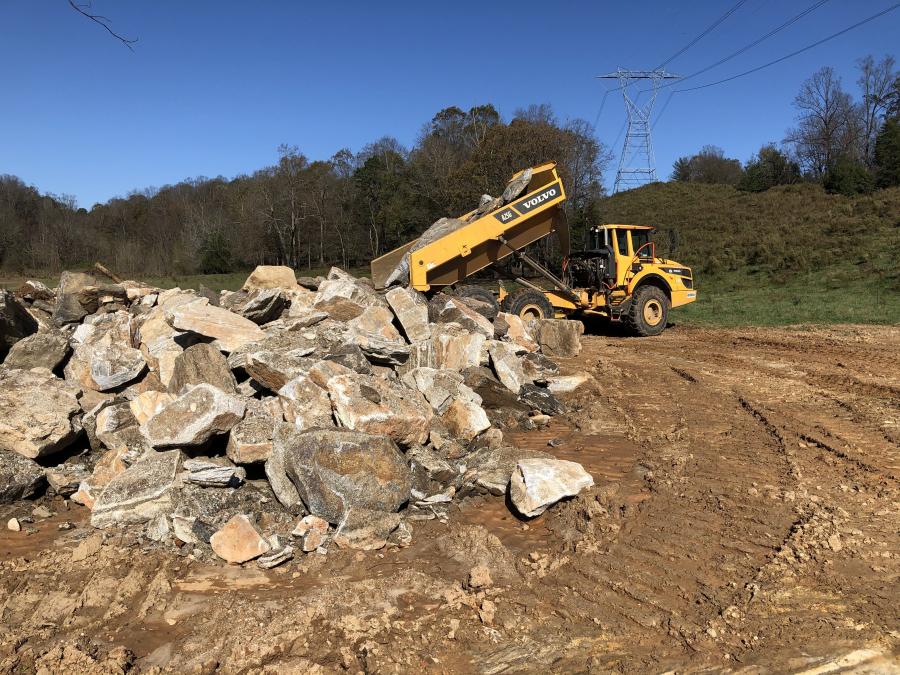 Cross-vanes are "U"-shaped structures made of boulders or logs, built across the channel to concentrate water flow in the center of the channel and thereby reduce bank erosion. As the current flows over the top of a cross-vane, it scours out a pool down below to keep the sediment moving downstream while also creating the fish habitat.

"A natural channel design tries to recreate what was there prior to man either destroying or overpowering the watershed," Lecka said.

The contract's challenges, he said, are many: Staying on schedule because of the project's large size, the different types of soil on site that are not always ideal for growing grass, the ever-present wet ground, working with high, steep stream sections within the wooded areas and finding the right timber that Wildlands can harvest for reuse in the stream.

His crews' efforts were tested severely this past fall following a hurricane that plowed through the western part of the state, dumping almost six inches of rain on the project in about five hours. The flooding that resulted swamped Lecka's project, causing a great deal of damage.

"The challenge after that was to stay on task, stay on schedule and stay on budget," he said. "It also created more equipment wear and tear, longer hours of use, issues with servicing, and planning/scheduling for any kind of breakdown."

But with Ascendum Machinery keeping watch over Wildlands Engineering's Volvo equipment on the project, Lecka knew that everything would turn out right.

"I have known a few of the Volvo people for quite some time," Lecka said. "A great dealer, great friends — they have been there when we have needed them. Any time of the day, if we have a parts problem, we just call them, and they will work with us to get the issue solved."

The headquarters for Wildlands Engineering is located at 1430 S. Mint St, Suite 104, in uptown Charlotte, N.C. The company has additional North Carolina offices in Raleigh and Asheville, plus locations in Charleston, S.C., and Fairfax, Va. For more information, call 704/332-7754 or visit www.wildlandseng.com

Ascendum Machinery also is based in the metro Charlotte area at 1025 International Dr. NW, Concord, N.C. There are also full-service dealerships in Raleigh, Greenville and Asheville, as well as another three locations each in South Carolina and Georgia, and two each in Tennessee and North Dakota.