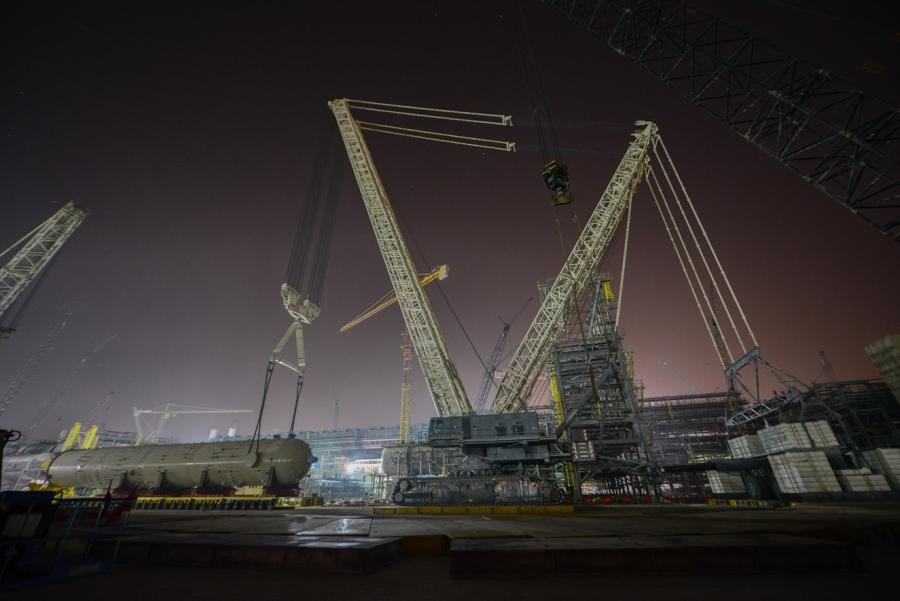 Reuters is reporting that China's Zoomlion Heavy Industry Science & Technology Co Ltd (000157.SZ) has raised its bid for U.S. crane maker Terex Corp (TEX.N), according to people familiar with the matter, as it challenges Terex's merger with Finland's Konecranes (KCR1V.HE).

Zoomlion's main stumbling block in its negotiations with Terex is the price, rather than concerns that the United States could block the deal because of Terex's ties to the U.S. military and presence in U.S. ports, the people familiar with the matter said this week.

Zoomlion has increased its offer to more than $3.4 billion by adding a special dividend for Terex shareholders of $1 per share to its previous $30 per share cash offer, the people said. Terex has responded by asking for $32.75 per share in cash to terminate its merger agreement with Konecranes and agree to sell itself to Zoomlion, the sources said.