Keeping the spillway functional is important because it channels water around the dam when the water gets too close to the top of the dam. 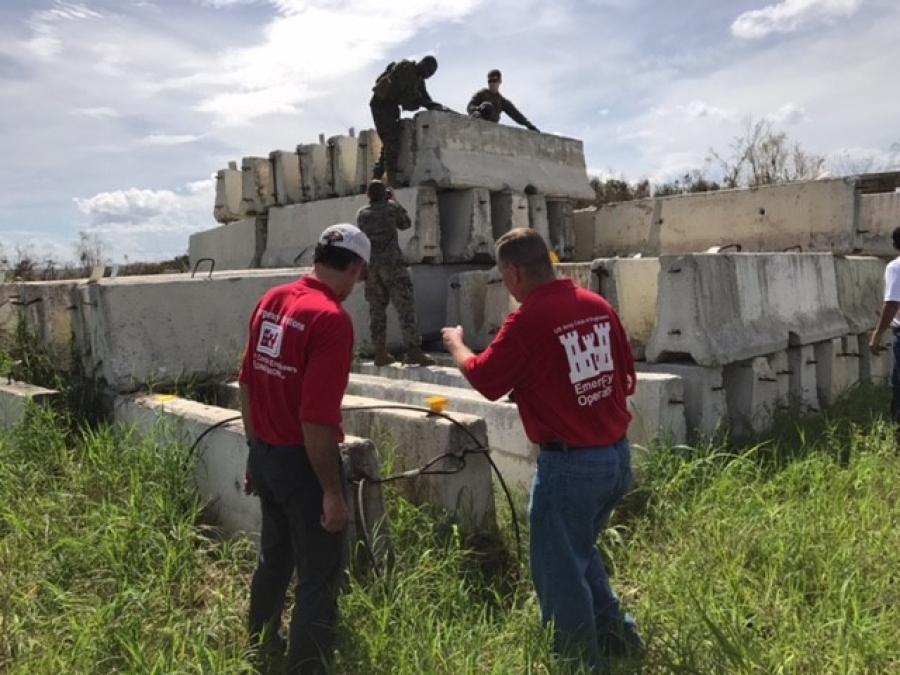 At the direction of the Federal Emergency Management Agency (FEMA) and in support of the Government of Puerto Rico, the U.S Army Corps of Engineers, the Department of Defense, and the Puerto Rico Electric Power Authority (PREPA) took the first steps Sunday toward slowing the erosion of the Guajataca Dam's damaged spillway.

Keeping the spillway functional is important because it channels water around the dam when the water gets too close to the top of the dam.

This will be a two-phased operation to stabilize the spillway to prevent further deterioration. The 26th Marine Expedition Unit is placing approximately 350 concrete jersey barriers. Then, the Pennsylvania National Guard will place hundreds of “supersacks” filled with sand to further reinforce this emergency action.

The efforts started by loading and transporting concrete Jersey barriers from three points around the town of Guajataca to the top of dam. Today, Marines will attach cables from the barriers to their helicopters to lift them and place them at the bottom of the dam. The Army Corps of Engineers will then strategically position them into place against the damaged spillway.

“We are ready to support PREPA with these Department of Defense assets to accomplish this vital mission for the people of Puerto Rico,” said Col. Jim DeLapp, the commander of the USACE's Puerto Rico Recovery Field Office. “This critical emergency measure is an important first step in stabilizing the dam to allow for further remediation actions.”

The Guajataca Dam, which is located between the municipalities of San Sebastián, Quebradillas, and Isabela, belongs to the PREPA and provides flood-risk management and water supply to more than 350,000 residents of Puerto Rico. USACE is assisting by conducting additional assessments of dams around Puerto Rico in efforts to reduce the risks to downstream communities.