Caltrans Lines Up Bridge, Highway Projects for 2018, Beyond 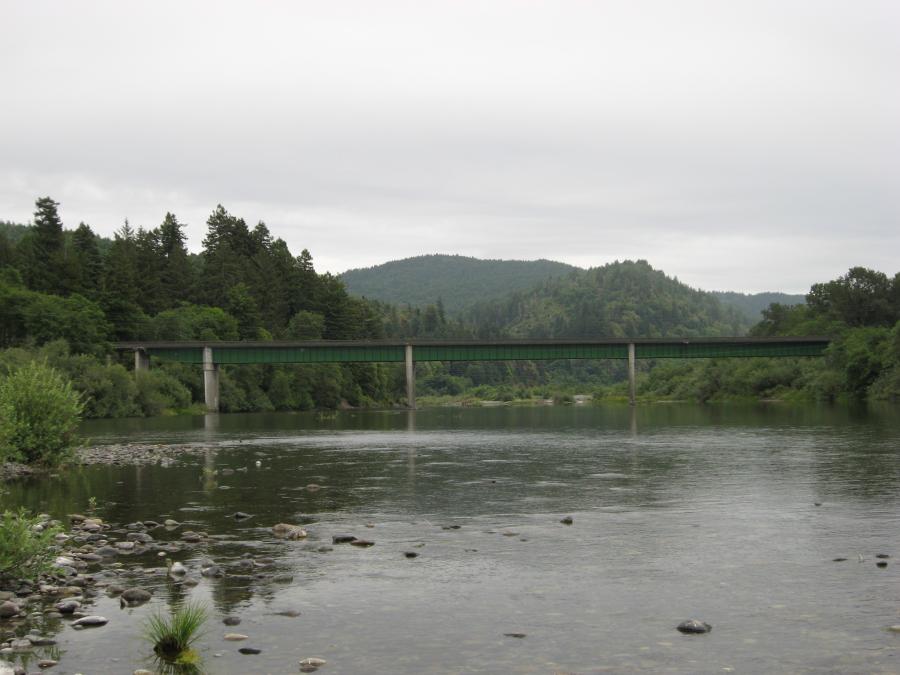 The final designs for the Dr. Fine Bridge replacement over Smith River north of Crescent City are due by the year’s end with construction set to begin in September 2019. (Caltrans photo)

As temperatures warm and days grow drier, the California Department of Transportation — Caltrans — is gearing up for construction projects all over the most populous state in the United States. Some are still in the planning stages, others, phases in ongoing plans. Here's a look at what's coming up and going on:

The final designs for the Dr. Fine Bridge replacement over Smith River north of Crescent City are due by the year's end with construction set to begin in September 2019. The existing bridge on Route 101 was built in 1940 and is near the end of its useful life. The new $83 million bridge is designed to better accommodate vehicles, pedestrians and bicycles. Construction is scheduled to be completed in December 2023.

A $245 million project to rehabilitate I-5 in Sacramento County has been fast tracked to begin in October 2018. The comprehensive project will occur from Beach Lake Bridge at Morrison Creek, milepost 13.0, to American River Bridge, milepost 24.9. The proposed work includes:

• Rehabilitate mainline and all ramps/connectors with a 40-year service life;

• bringing pedestrian ramps and sidewalks throughout the corridor into compliance with current ADA standards;

• widening both mainline and ramps to add the proposed auxiliary/transition lanes between Pocket Road and Florin Road;

• installing ITS Elements; and

Construction is scheduled for completion in December 2022. 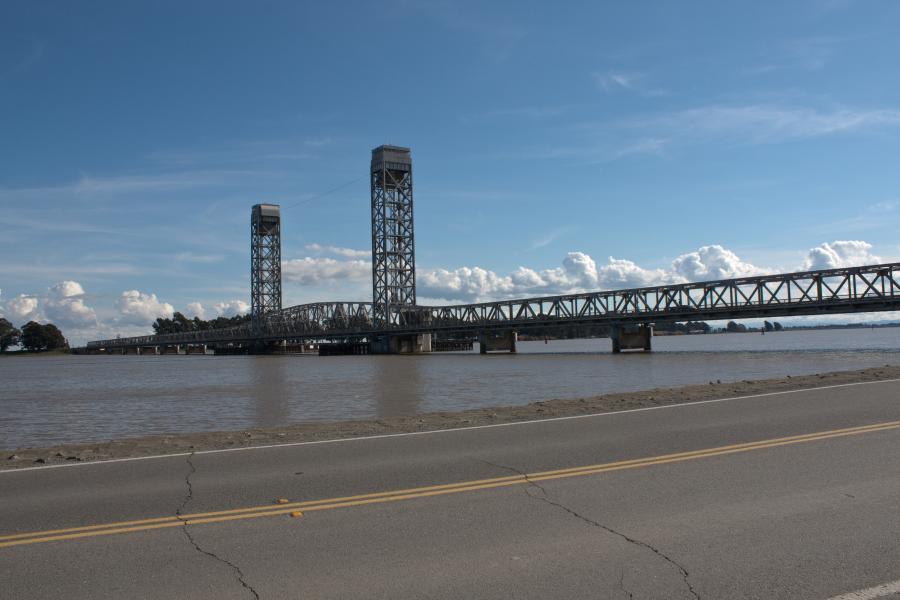 Part one of the two-part Rio Vista Bridge Preservation Project is under way with part two set to start 2022. The first part of the project includes cleaning and painting the drawbridge on SR 12 over the Sacramento River in Rio Vista at a cost of $37.1 million. This work is scheduled to take three years, completing in the winter of 2020. The existing coating system is deteriorating at various locations of the bridge.

The second project, which will cost an estimated $11.9 million to $19.2 million, will upgrade the mechanical and electrical operation of the bridge. Work is tentatively scheduled to start in spring 2022 and take two construction seasons to complete. The schedule is subject to change.

The Rio Vista Bridge, officially named the Helen Madere Memorial Bridge, is located in Sacramento and Solano counties, about one-half mile from the Highway 12/Highway 160 junction. The vertical lift bridge was built in two stages between 1943-1945 and 1957-1960. It carries about 23,000 vehicles per day. 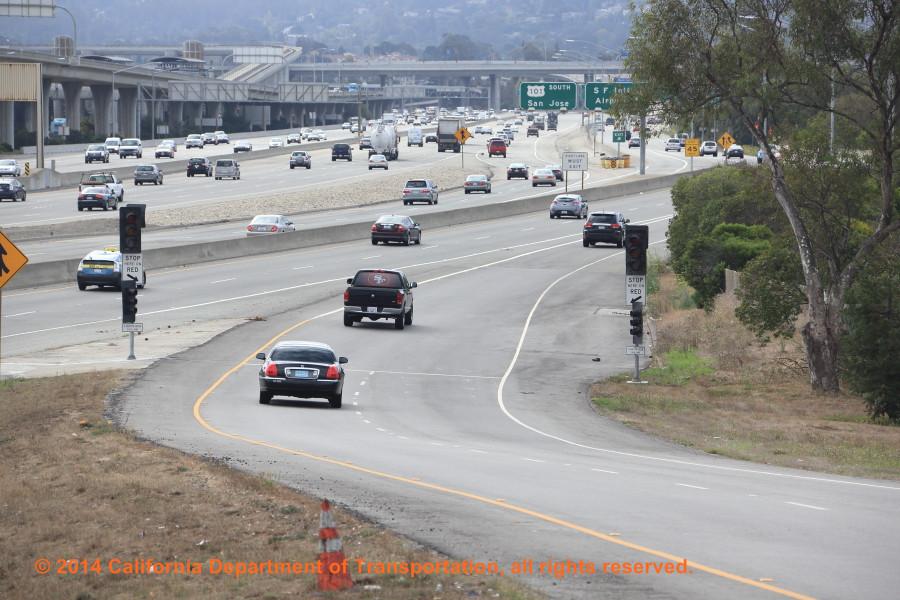 In a partnership with the San Mateo County Transportation Authority and the City/County Association of San Mateo, Caltrans is proposing the construction of express lanes in both directions on Highway 101 in San Mateo County. The express lanes would connect with existing carpool lanes at Whipple Avenue which would then also be converted to express lanes, creating new continuous express lanes extending from I-380 in San Bruno to San Antonio Road in Mountain View. Dependent on funding, construction is slated to begin in spring 2019 at a cost of $534 million, and finish in 2022.

Caltrans is nearing the completion on the design of the new bridges and continues to move construction at an accelerated pace. Security Paving Company of Sylmar, Calif., is the contractor for replacing three bridges at a cost of $20 million with completion anticipated in the spring of 2019. Lash Construction of Santa Barbara is the contractor for the Arroyo Paredon Bridge at an estimated cost of $10 million. There is no estimate when construction will be completed on the bridge.

A widening project on SR 46 in Kern County is expected to increase the capacity of the existing facility and will thereby reduce congestion, improve traffic operations and improve traffic safety. The $30 million project is near Lost Hills, from Brown Material Road to just east of Lost Hills Road. This project will widen SR 46 from a two-lane conventional highway to a four-lane conventional/expressway with 22 to 60 ft. median throughout the project limits. Construction begins this spring and is set to be completed in spring of 2021,

The Los Angeles Metropolitan Transportation Authority (Metro), in cooperation with Caltrans District 7, is conducting the final design of a project that includes operational and capacity enhancements along the Interstate 5 freeway in the northern part of Los Angeles County from the SR 14 interchange in Santa Clarita to just south of Parker Road in Castaic. The improvements include the addition of high occupancy vehicle/carpool lanes along the median, additional or maintaining of truck lanes, and auxiliary lanes. The improvements will enhance capacity, operations, and safety by removing trucks from the mixed-flow lanes, enhancing merge-weave areas, and adding a lane dedicated to HOVs. Construction is estimated to occur between late summer 2019 through summer 2022.

A two-phase project will create a new four-lane freeway in the city of Modesto, upgrading the existing route that is a flat, rural, two-lane undivided highway. It would begin at the intersection of existing SR-132/Maze Boulevard and North Dakota Avenue, and extend north along North Dakota Avenue for roughly a half mile. South of Kansas Avenue, at the proposed intersection with North Dakota Avenue, the new alignment would extend east to State Route 99 (SR-99) at the proposed Needham Street overcrossing. The project would also make improvements to the 5th Street and 6th Street connections to SR-99 including restriping and the reduction of conflict points between SR-99 and 5th and 6th streets. Phase 1 is set to begin construction in summer 2019 and open to traffic in 2020. Phase 2 construction is scheduled to begin in 2026 and opening to traffic in 2028. The total project cost is estimated at up to $214 million.