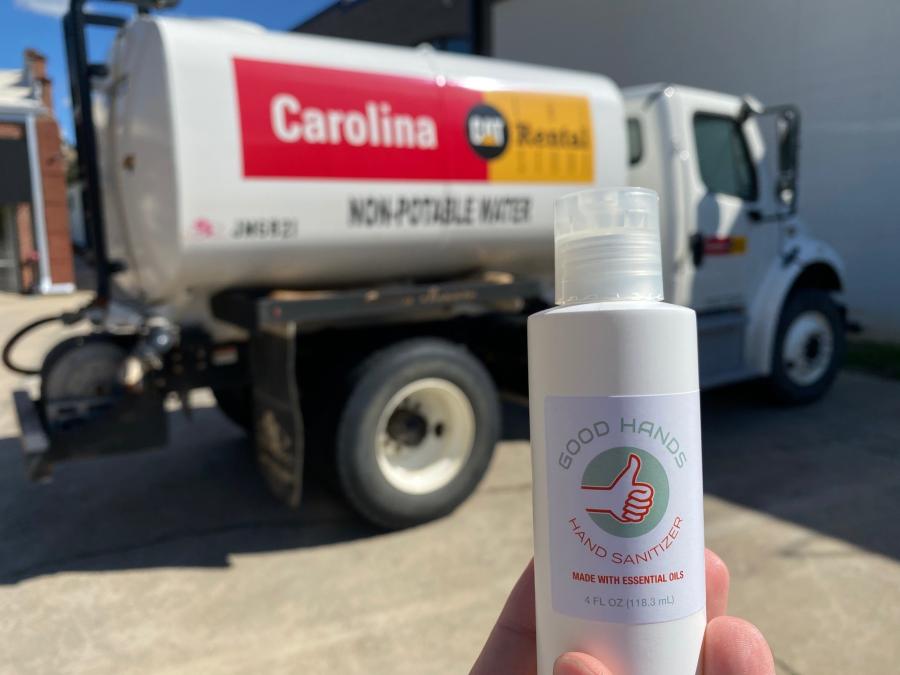 The team at the Carolina Cat Rental Store in Charlotte, N.C., donated a water truck that allowed The Unknown Brewery to increase production and efficiency.

Due to the viral nature of the COVID-19 pandemic, personal protective equipment (PPE), such as hand sanitizer, masks, safety glasses/goggles and gloves, have seen a dramatic increase in need and often are all but impossible to find.

When the spread of the virus came to Charlotte, N.C., and created a shortage of hand sanitizer, two well-respected businesses in town teamed up to provide a solution.

The Unknown Brewery, a popular local craft beer taproom in the Queen City's historic South End, decided to use its resources to distill an approved cleansing liquid. Charlotte breweries cannot sell hand sanitizer via retail, but by scaling the operation to distilleries, it has been able to generate revenue and allow employees to return to work to produce the sanitizer.

Producing the product was only one part of the equation, according to Brad Shell, owner of The Unknown Brewery. Distributing the hand sanitizer ingredients to other distilleries was where his operation needed help.

Up stepped the efforts of the team at the Carolina Cat Rental Store in Charlotte, which was critical in providing a solution by donating a water truck that allowed Shell's people to increase production and efficiency.

"The introduction of the water truck into the operation was the lynchpin that was missing," he said. "We were able to increase our production from one still to five. The Carolina Cat Rental team has been awesome to work with."

When the coronavirus first began to impact Charlotte, nurses from the nearby hospital system came by The Unknown Brewery and loaded up on all available hand sanitizer being offered by the establishment.

"They started telling us how they were already out of supplies at the hospitals – no gloves, no masks – and it really was just the beginning of this whole situation," Shell remembered. "We knew we had to help, so starting those next few days we prepared and started running hand sanitizer production 24 hours a day." 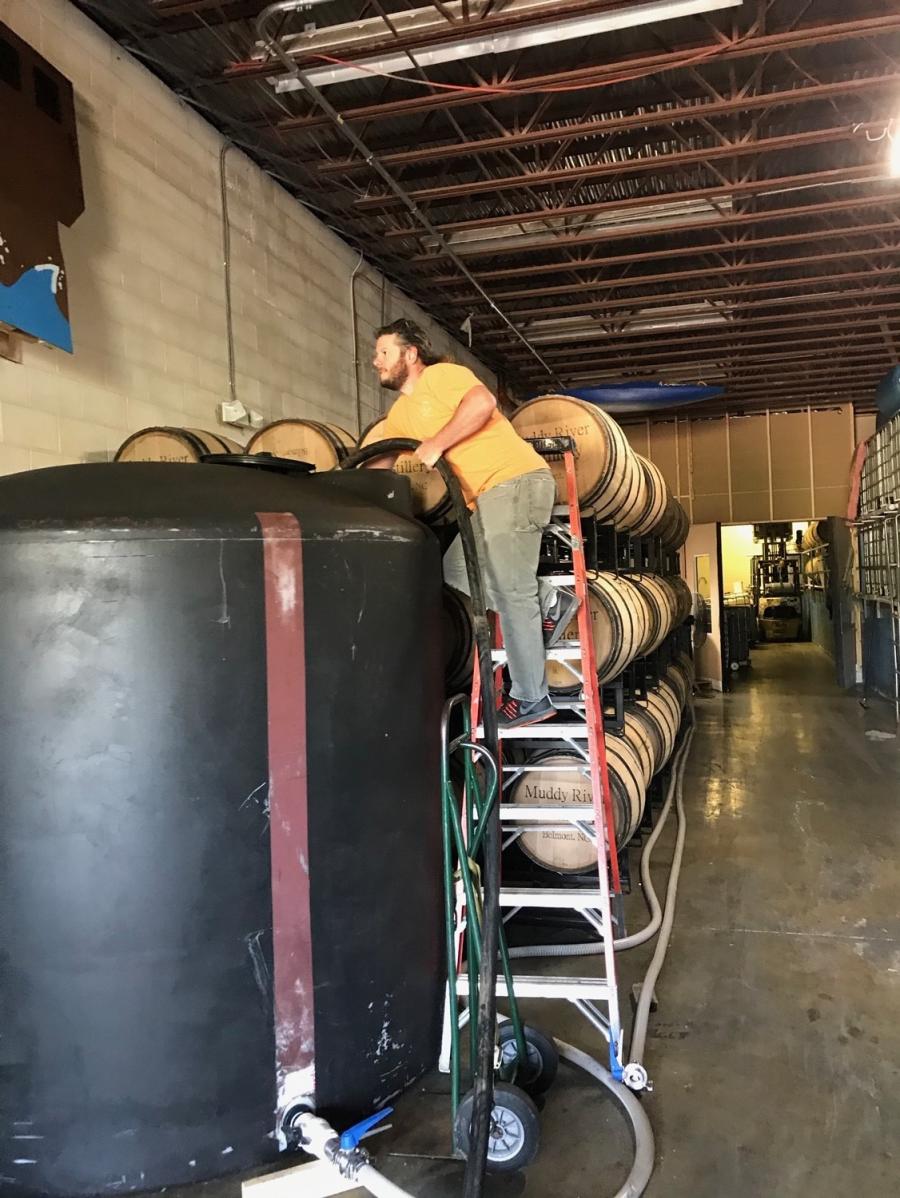 As it happens, beer and hand sanitizer share a common ingredient that The Unknown Brewery has in abundance – distilled alcohol. The hand sanitizer product, aptly named "Good Hands," utilizes an 80 gallon still to produce 160-proof ethanol alcohol. Hydrogen peroxide, aloe, glycerin and some essential oils are then added to create the final product.

The hand sanitizer is bought by numerous healthcare providers across the region, including Novant and Atrium health systems, as well as sold to customers of the brewery and donated to various local nonprofits.

"Carolina Cat is proud to support the communities in which we live and operate," said Neil Carbaugh, vice president of rental at the dealership. "We were honored to be able to support this worthwhile project during this unprecedented challenge." 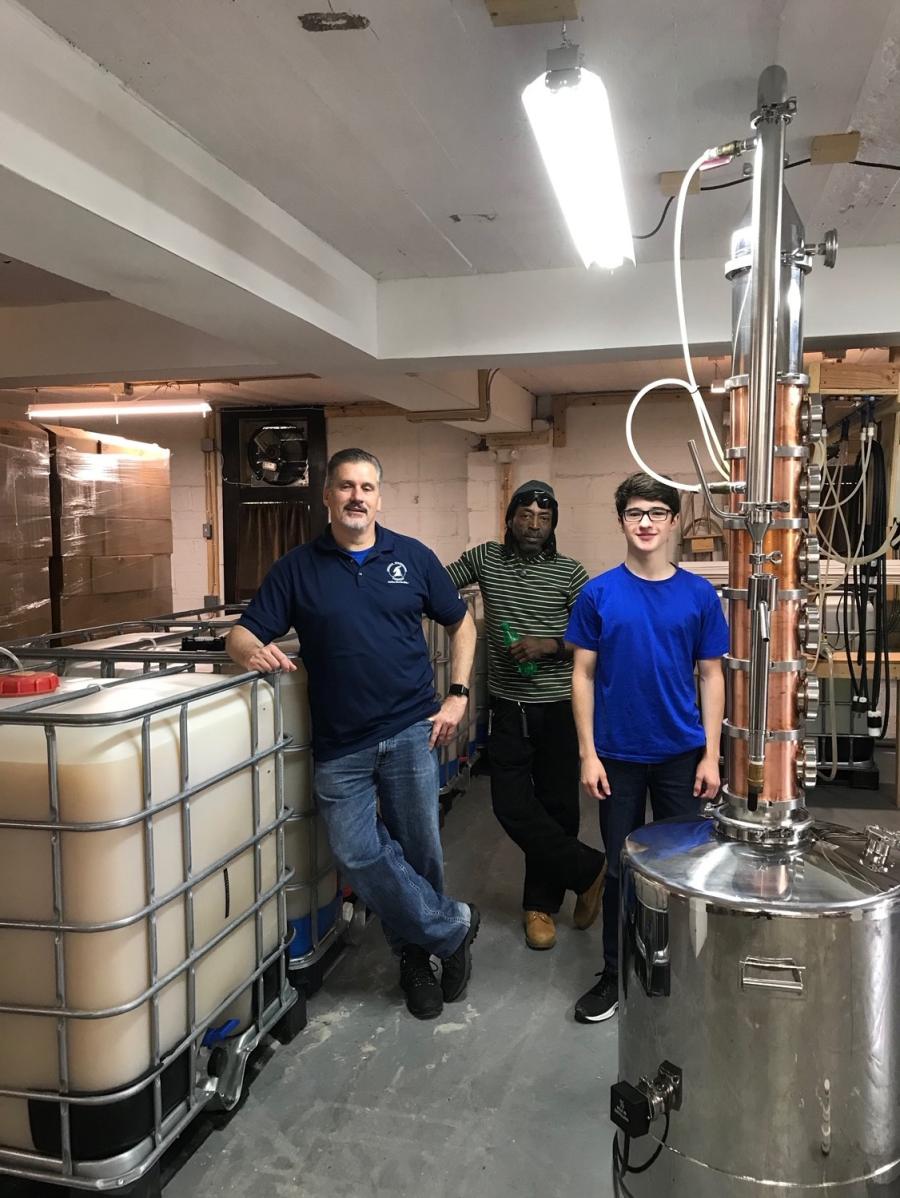 Charlotte breweries cannot sell hand sanitizer via retail, but by scaling the operation to distilleries, it has been able to generate revenue and allow employees to return to work to produce the sanitizer.