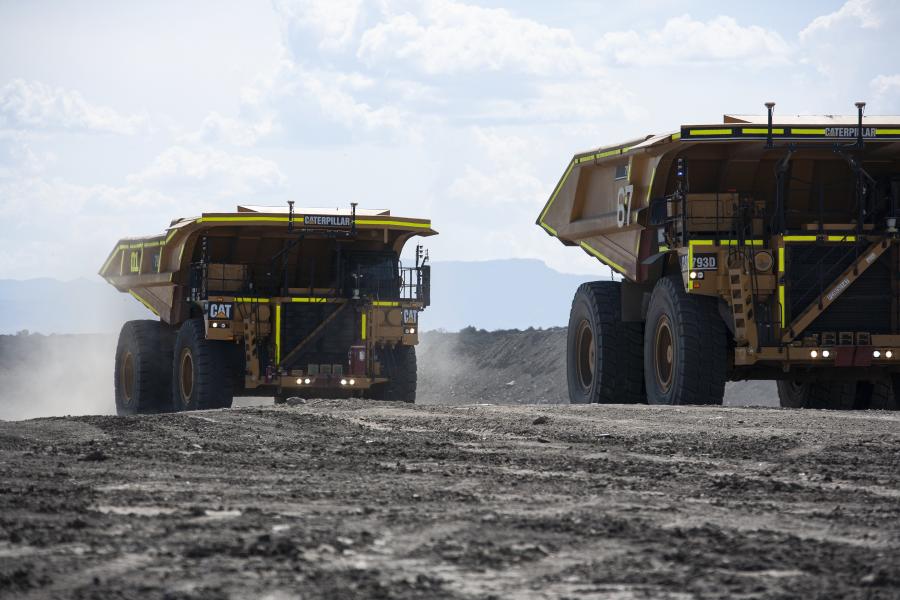 In total, Command for hauling trucks have autonomously and safely hauled more than 4.4 billion tons of material since 2013.

In total, Command for hauling trucks have autonomously and safely hauled more than 4.4 billion tons of material since 2013. To date, trucks equipped with Caterpillar's autonomous haulage system (AHS) have traveled more than 91.3 million mi. with zero loss-time injuries, nearly the same distance as traveling from the Earth to the sun.

"Safety and sustainability continue to be top values in the mining industry. We are now entering our ninth year with zero loss-time injuries with Command for hauling, a testament to its safety record," said Marc Cameron, vice president, Caterpillar Resource Industries.

Autonomous trucks equipped with Command for hauling are operating at 18 mine sites by 10 companies across three continents. Commodities autonomously hauled include iron ore, oil sands, copper, coal and gold. Spanning the 210- to 400-ton class sizes, the portfolio of Cat mining trucks capable of fully autonomous operation include the 789D, 793D, 793F, 797F and 794 AC with electric drive. Retrofit kits allow mining operations to expand Command for hauling to existing Cat mining trucks as well as other brands of trucks and loading equipment in their fleet.

"We continue to explore new avenues with Command for hauling to make strides toward the fully autonomous mine site and recently surpassed a major milestone of more than 500 autonomous trucks. Our previously announced collaboration with Newmont will introduce up to 16 autonomous trucks through 2023 at the company's Cripple Creek and Victor mine in Colorado with plans to transition to haulage fleet electrification, supporting Newmont's target of reducing greenhouse gas (GHG) emissions by more than 30 percent," said Sean McGinnis, general manager for Cat Mining.

"We currently have in progress high-altitude and new product introduction projects for the smaller [98.4-ton] size class. We have also expanded our Command system to Cat water trucks for haul road dust control at the mine."

The Command hardware and technology is currently deployed on the Cat 789D autonomous water truck (AWT) at Rio Tinto's Gudai-Darri mine in Australia, the world's first AWT. Connected with Cat MineStar technology, Command for hauling on the 789D integrates the truck, tank and water delivery system (WDS). The Cat WDS delivers variable waterflow based on truck speed, and the system's variable displacement pump automatically starts and stops when the truck slows or comes to a halt, preventing overwatering and poor traction at intersections.