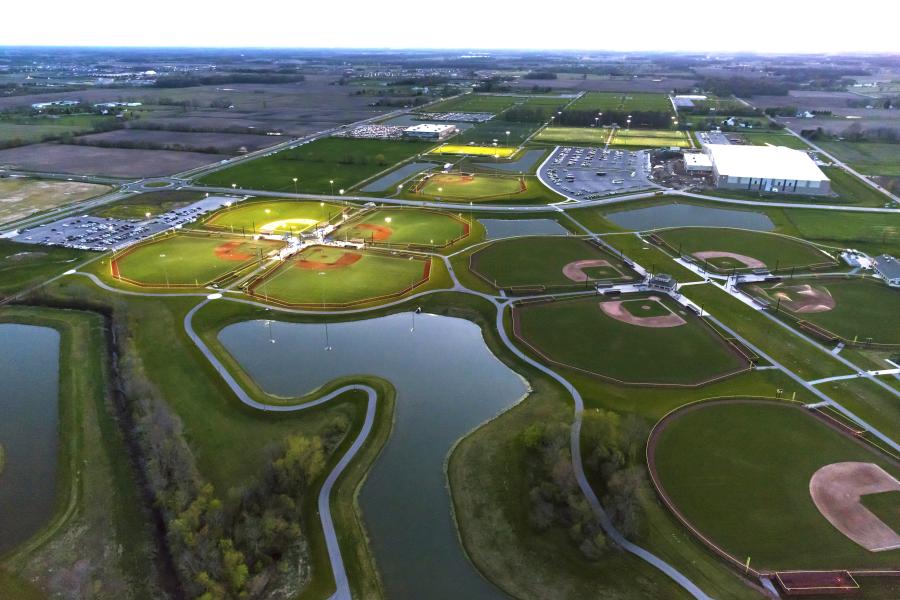 ORLANDO, Fla. (AP) Youth sports travel is scoring big as communities across the United States build multisport complexes crammed with state-of-the-art fields, rinks and courts in hopes of drawing not only tournaments for kids crazy about sports — but also parents who spend big on transportation, hotels, food and family entertainment.

All across the country, communities are reinventing themselves as youth sports travel destinations, following a model that Disney helped launch 20 years ago with a sprawling sports complex in Kissimmee, Fla.

Youth sports tourism is the name of the game in Westfield, Ind., a community of 30,000 that opened a 400-acre, $49 million sports complex in 2014. The largest publicly funded complex of its kind at the time has exceeded revenue expectations: the facility brought in 1.5 million total visitors in 2016, which translated into some 60,000 hotel night stays and $162.6 million into the area's coffers.

Several years ago, Florida's Seminole County began exploring ways to boost tourism dollars for its rural community north of Orlando. Local officials decided to spend $27 million on a multipurpose sports complex that could host youth tournaments on weekends. The county says the complex, completed in May 2016, brought in 58 tournaments and generated $25 million in economic benefits in its first nine months. Hotels are doing brisker business, especially on weekends when occupancy had typically been low, Seminole director of sports tourism Danny Trosset said.

"That's where the sports groups come in. They help fill that void,' Trosset said. "This facility has been a huge boon for us.'

Seminole County decided on building its facility despite facing competition for regional and national youth events from The National Training Center in Clermont, Fla., and from the Disney facility in Kissimmee. Seminole county paid for the construction with $23 million from a tourist tax and $4 million from property tax.

Phil Krugman made the 3 1/2-hour drive up to Seminole from the South Florida town of Margate to bring his 8-year-old son Jaxson to a PONY baseball league summer tournament at the sparkling complex, which boasts 15 baseball fields built on 100 acres of former orange groves. Nine of the fields are synthetic turf and can easily transition into fields for soccer, football and field hockey tournaments.

Krugman said he's been to facilities in Florida, Louisiana and Texas with his son's Margate All-Stars.

"This is my son's third year on All-Stars and by far this is the best facility I've ever been to,' he said recently.

That the industry is "recession-proof' has been a talking point for developers and town councils since a 2009 study by the National Association of Sports Commissions and Ohio University showed participation in youth sports travel increased from 2008 to 2009 despite the Great Recession. Spending has increased by 10 percent in each of the past couple years. Some $10.4 billion in spending was generated in 2016.

"More teams are going each and every year, because the one thing we found is families will always invest in their kids no matter what,' said Jim Arnold, director of business development of The Sports Force & Fields, a planning and management company.

In Lexington, Ky., the Bluegrass Sports Commission is planning to build a $30 million complex with baseball, soccer, football and other kinds of multiuse fields, as soon as a location can be settled on.

"It's a great win for communities anytime you can get new people, especially young people, coming to your city,' said Brian Miller, the commission's president.

In Ohio, the city of Sandusky, with a population of about 26,000, opened a $23.5 million facility this spring on 57 acres with nine multipurpose synthetic turf fields, four NCAA regulation baseball fields, eight NCAA regulation soccer and lacrosse fields, as well as baseball and softball stadiums.

The pace of development has become so high that even some travel league executives fear there could soon be a glut in facilities. Experts warn that before communities invest heavily into sports complexes that they have an independent feasibility study done to gauge demand, competition and return on investment.

"I just think it's going to come to a point where there is going to be a glut of these things and it's hard to pay the bill,' Goudy said. "It is a competitive marketplace.'

Some communities have pushed back against such plans, with residents opposed to extra traffic and noise or unconvinced that their tax dollars will fund a winning proposition. In early March, 73 percent of voters in the 23,000-strong town of Yukon, Okla., voted "no' on a $18 million youth sports complex that would have raised property taxes.

In Florida's Brevard County, district commissioner Trudi Infantini was the lone dissenting vote in 2015 when the board of commissioners agreed 4-to-1 to use a 5 percent hotel room tax to help raise $22 million to turn a former Major League Baseball spring training ground into a youth sports complex. "I'm all about the sports,' Infantini said, "I just don't believe in government financing it.'