After nearly 20 years starting as a union laborer and then operating excavators for various companies, Joe Correia established Correia Excavators to do basic residential excavating and site work in 1987 with not much more than a dream, a vision, an American model 25 excavator and a 1962 B Model Mack dump truck.

Correia knew the value of hard work and the value of the equipment he worked so hard to own — the American model 25 excavator is still in operating condition today. Correia has since retired from the excavating business and has turned the company over to his son, Blake.

Blake grew up around his dad's business. He had a seat in the excavator at age six and after completing college, he took a job with a local public utility company where he applied his college education and the skills that he had learned growing up in his dad's business. 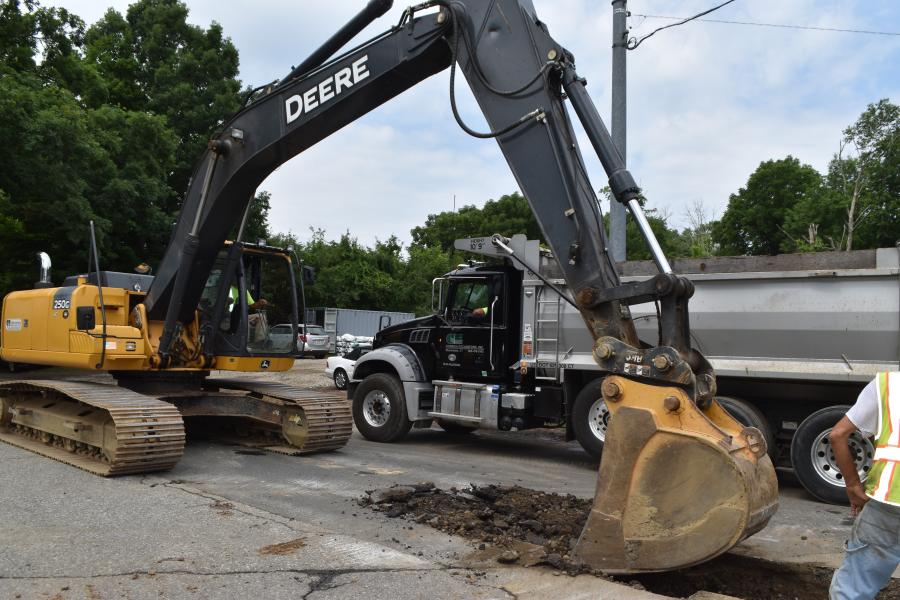 In 2009, while Blake was off learning utility contracting, Joe Correia put Correia Excavators on a hiatus and started a home development company, essentially getting out of the excavating business almost entirely. However, the longer Blake worked in private industry, the itch to get back in the seat of his own excavators started to grow.

The more he learned working for others, the more opportunities he saw in private industry, the more he could no longer control the itch and in late 2016 he approached his dad about getting Correia Excavators Inc. back out and digging again, this time with a strong eye toward utility work.

"To keep the bills paid coming out of the gate, we did any type of site work and excavating work that was available to us, but I looked for any opportunity initially to sub on utility work," Blake Correia said. "During my years with the utility company, I had made some good connections and that opened up some doors. It didn't take long for us to start building a reputation as a company that knew what it took to do quality utility contracting."

Today, Correia's fleet of excavating equipment, which includes a lineup of seven excavators, three loaders, two backhoes, two dozers and various other support type equipment, is made up almost exclusively of late-model John Deere equipment and Ford and Mack trucks. Correia has approximately 10 full-time employees and is doing approximately $2.5 million in work this year.

Part of Blake Correia's attraction toward John Deere iron has to do with aesthetics, but having dealer support also is tops on his list.

"I think it's a great look to have your equipment all match up from the same high quality manufacturer," he said from a job site where the crew was installing 3,200 ft. of water main, an approximately $500,000 job. "But that would only be possible if you had a great sales rep from a great dealership that sells great equipment, and that's exactly what we have with Greg Hurlburt, W.I. Clark and John Deere." 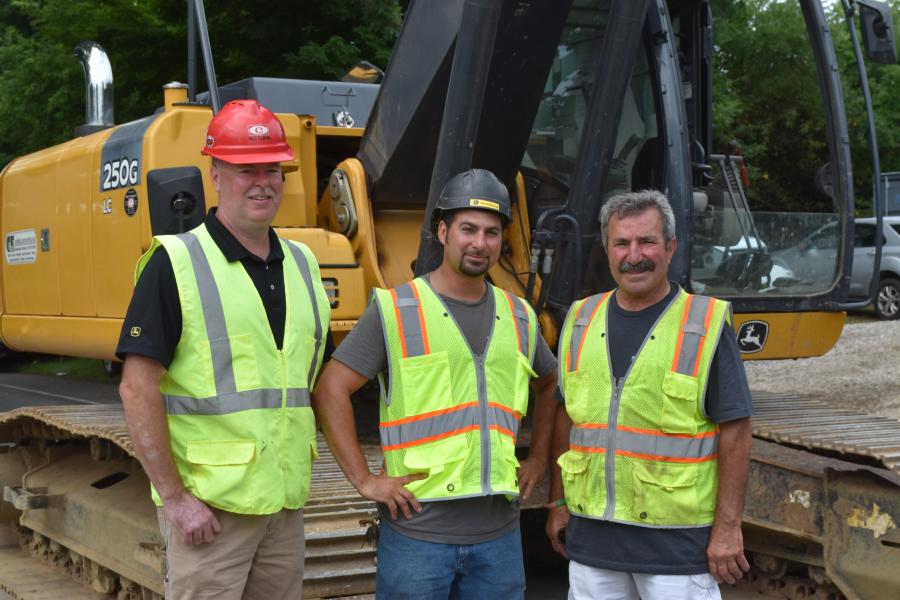 According to Correia, Hurlburt is responsible for Correia Excavator's fleet of equipment being consisting almost entirely of John Deere iron.

"He took the time to listen to us, the time to figure out what our needs were, as well as paying attention to our budget," he said. "It didn't matter whether it was a new piece of equipment or a used piece of equipment, he put the effort in, at times finding the right excavator halfway across the country. At one point, we sent him to go find the right excavator to match up with a hammer that we had previously purchased. I'm sure that's not an everyday request."

"We really appreciate it when a customer shows us brand loyalty," Hurlburt said. "We go to every length to get and to keep that kind of loyalty. We even took the Correia's out to Iowa to see how the John Deere machines are made.

"It gives me a sense of pride to work with contractors like them," Hurlbut added. "They take a great deal of pride in the work that they do and in the equipment they own. Every piece of equipment in their fleet is so well maintained its hard to tell the difference between a piece that's two years old and one that's 10 years old.

"Blake obviously truly understands the utility construction business and there is no doubt in my mind they are on their way to being one of the premier utility contractors in the state of Connecticut." CEG