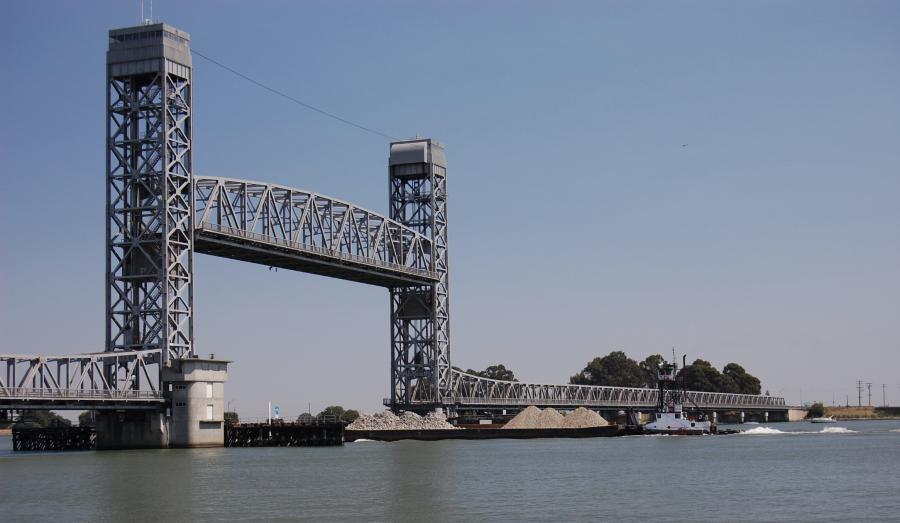 Benicia, Calif.-based Golden State Bridge Inc. is the prime contractor and was awarded the projectto fix the historic Rio Vista Bridge because of its expertise.

When the historic Rio Vista Bridge (also known as the Helen Madere Memorial Bridge) malfunctioned in August 2018, Caltrans District 3 initiated emergency repairs on the drawbridge — the sole roadway for vehicular traffic travelling across the Sacramento River between Solano and Sacramento counties.

This drawbridge, originally built in the mid-1900s, has a lift span of 300 ft. and a structure length of 2,890 ft. It also plays a significant role in local maritime traffic, serving as the main channel for cargo ships to get in and out of the Port of West Sacramento. 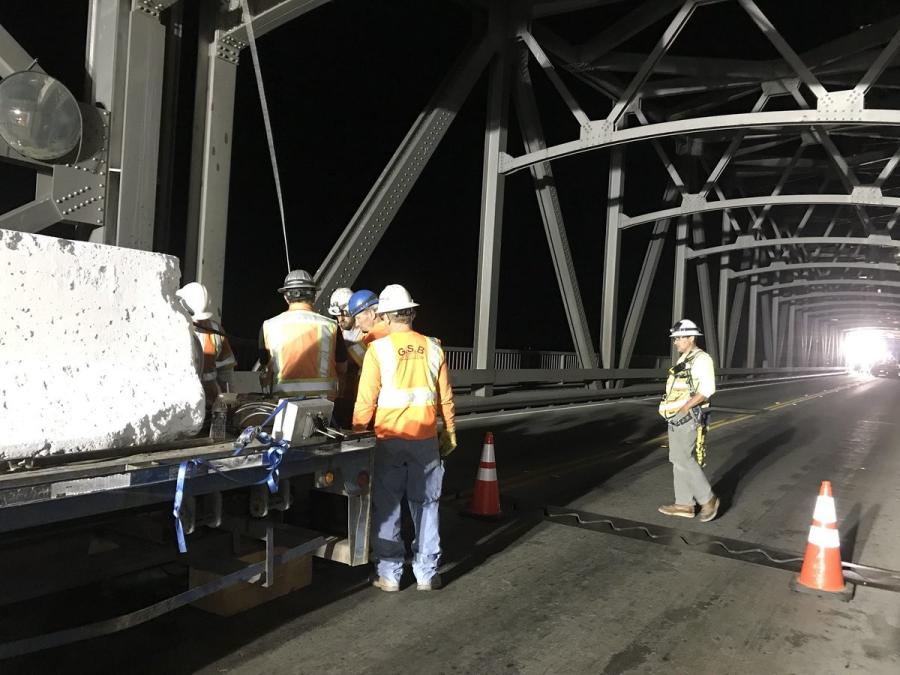 Benicia, Calif.-based Golden State Bridge Inc. is the prime contractor and was awarded the project because of its expertise, and is set to complete work per schedule. Specialized teams are brought in to focus on specific tasks such as subcontractors for electricals and millwrights for gearbox installations. Some of the larger items incorporated in the electrical and mechanical systems include VFDs (variable frequency drive) and PLCs (programmable logic controller) by Siemens, Nuttall gear boxes, Steward Machine span locks, Ringspann brakes and MCCs (motor control center cabinets) by TESCO.

By the end of the project in 2022, all the major electrical work and control systems will be completed. A backup system will be implemented, for which the components are being fabricated nationally and will be installed.

Project Manager Soka Soka, who has been with Caltrans since 2007 working in construction and design, shared that in the same month the drawbridge became inoperable, repair and maintenance work was approved by Director's Order — a document allowing use of special authority, delegated by state law, to set aside normal contracting procedures so Caltrans can initiate and complete emergency work sooner than done under normal processes. Funded by the State Highway Account, this is a major damage restoration project updating electrical and mechanical parts due to wear and tear. The overall cost of the project is approximately $32 million and it is expected to be completed in 2022. With the updated electrical and mechanical operational systems, the bridge is expected to provide a reliable, long-lasting solution for both maritime and vehicular traffic. 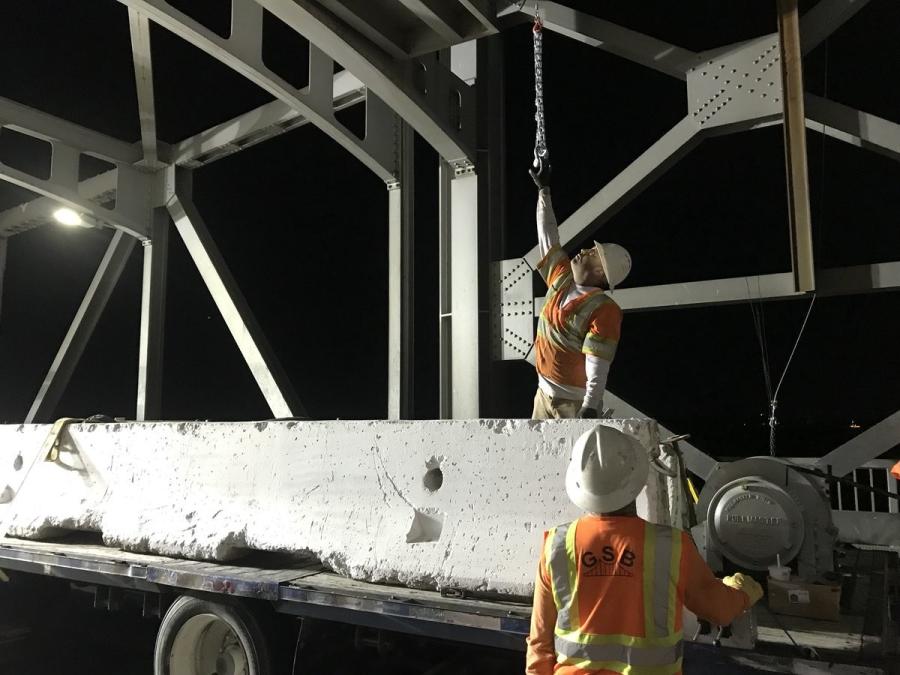 The bridge operational system is being updated with monitoring technology along with a host of other improvements. This includes SCADA (supervisory control and data acquisition), a control system architecture that monitors and controls field devices at remote sites, collecting and processing real-time data for high-level supervisory process management. Senior Bridge Engineer Høgni Setberg explains, "The existing operating system is an old-style mechanical system where if something breaks, you have to go out to the field to diagnose what the issue is. With SCADA, every component is monitored through a computer, and if something isn't working right, we will get a notice exactly which component is not functioning."

Setberg has been with Caltrans since 2005 and is experienced in both bridge design and construction. He shared that the pandemic last year presented some challenges for fabrication and procurement of components. That aside, the greatest challenge has been keeping the bridge operational all the time.

Public Information Officer Dennis Keaton shared that motorists had no east and west bound access on State Route 12 when the drawbridge was inoperable. When the bridge was lowered, large vessels could not cross and when it was raised, a 75-mi. detour for vehicular traffic was the only other option for motorists heading from Sacramento to Solano county and vice versa. But delays during construction have not been too disruptive to the area as one-way traffic is maintained at all times. Most work is scheduled for nights and weekends and other low traffic volume times. Sufficient community outreach also was performed in the beginning, centered on the city of Rio Vista and the surrounding counties of Solano, Contra Costa, San Joaquin and Sacramento, to get word out in advance of upcoming work, schedules and other traffic updates. 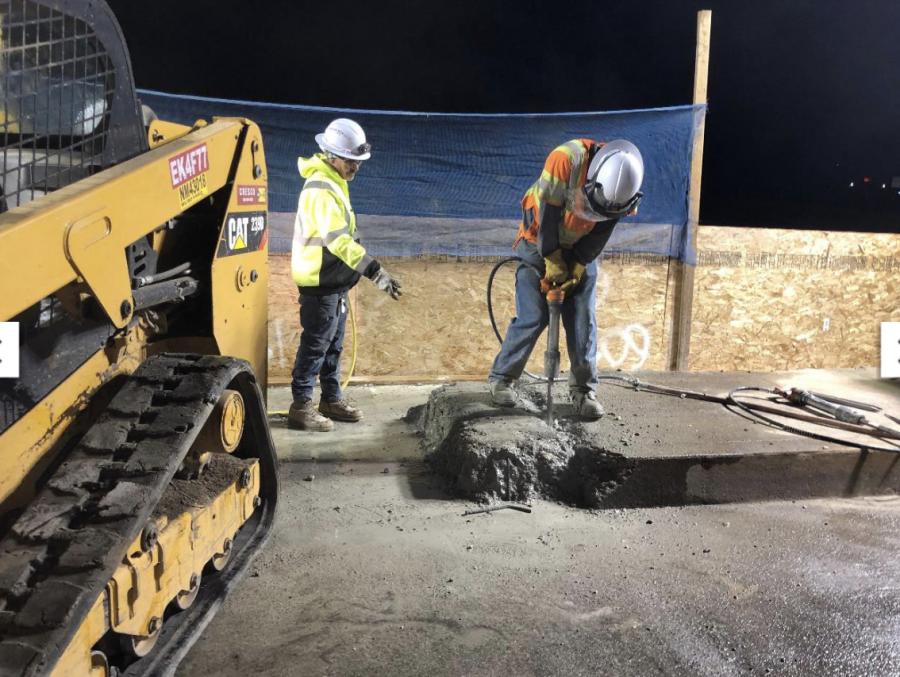 Coordination and communication are key in this project as it involves multiple counties and multiple districts, each with their own RTMC (regional traffic management centers). Commercial trucking organizations and others involved in the transportation of goods and services also had to be informed along with local elected officials. Keaton said social media has been effective in this regard, with constant updates on Facebook and Twitter. Given that waterway traffic takes precedence here, the United States Coast Guard has to be consulted at all times. Larger ships have to provide notice of arrival four hours in advance. "The bridge is the gateway to the Sacramento Port and there is no other way in for bigger ships so shutting it down was not an option," Setberg said. "The Coast Guard has been very good to work with. We are aware of their regulations and work closely for a streamlined process."

And all of this, Soka added, being mindful of the location of the bridge on the river and the environmental concerns, which Caltrans and local agencies have collaborated on to monitor the impact. That, and the fact that there is a historical aspect at play presents its own challenge. Rio Vista is one of only five vertical lift bridges left in California per a 2019 document on movable bridges authored by the Department of Transportation. Recognized as a historical site to be protected, the bridge must remain undisturbed from the original concepts, manufacturing and plumbing in the way it operates, but the safety and welfare offered by new technologies still has to be incorporated, said Keaton. And that is the focus of the District 3 team as work proceeds over the next few months. With the current preservation project right on schedule, that plan is shaping up quite well. CEG