The memorial serves as a place where friends and family can go to remember their loved ones, but also serves as a safety reminder to both motorists and DOT workers. 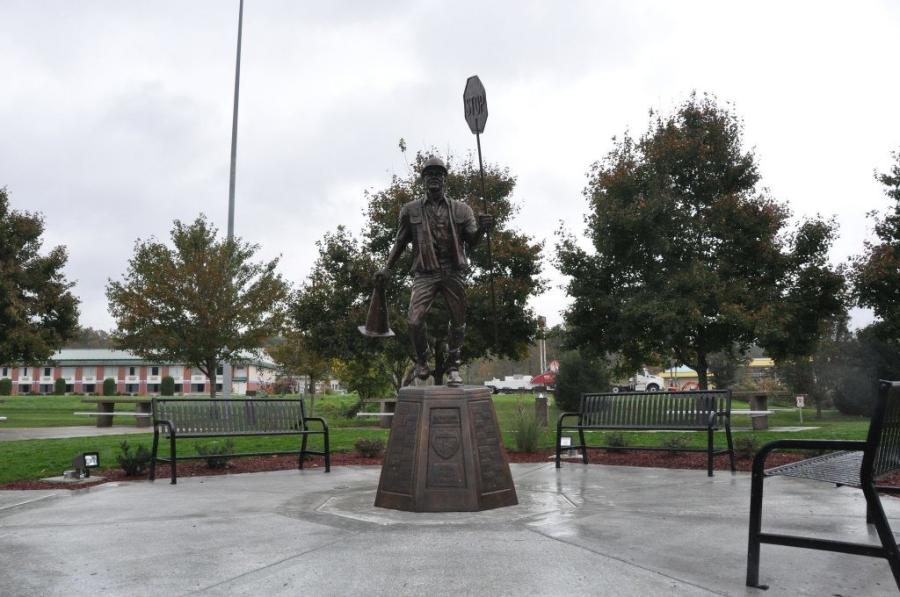 The memorial was unveiled Oct. 25 in Williamstown by the state Department of Transportation.

The memorial was unveiled Oct. 25 in Williamstown by the state Department of Transportation.

Nearly 50 names of former DOT employees who died in the line of duty were read during the ceremony.

State Transportation Secretary Tom Smith told families members of fallen workers their goal is to reduce the number of deaths on the roads.

“We know that there's not much we can do to lessen your pain besides being with here with you today, but what we can do is really dedicate ourselves to making sure there are no new names added to this,” he said.

The memorial serves as a place where friends and family can go to remember their loved ones, but also serves as a safety reminder to both motorists and DOT workers.

“Please help us spread the word to just slow down. Don't drive distracted. Don't drive under the influence. Pay attention as you drive through work zones,” Smith said. “What we want to do is make sure everyone is as attentive as they can be.”

With more road projects coming up following passage of the state's $1.6 billion road bond amendment, Smith said it's even more crucial to be aware of your surroundings.

“We'll have an unprecedented amount of construction next year and in the next 5-7 years. We're going to have hundreds and hundreds of miles of roadways under construction — more than we've ever seen. It will be a historic time as far as transportation goes,” he said.

Rusty Roten, a DOT engineer in District 3, knows what it's like to lose a co-worker. Randy Bland died in June 2015.

“A crew supervisor working on a U.S. Route 50 pavement repair project — Randy Bland was five months shy of his 50th birthday when a water tanker truck entered the project zone and struck the vehicle in front of it setting off a tragic chain of events — one of which struck and fatally injured Randy,” he said.

Roten said fatal accidents involving DOT workers has happened way too often during his more than 40 years on the job.

“When those occur, it leaves us shaking our heads and wondering why did this happen? You try to figure out what went wrong amid the grief and the tragic loss,” he said.

The scary part is that these crashes are often unpredictable, Roten said.

“Driver error through distractions, access speed as they enter a work zone continues to be the one element of the safety equation that is unpredictable and very difficult to quantify,” he said.

“The work is now complete, though the mission is not full accomplished,” he said.