According to Robert Sumwalt, NTSB chairman, investigators had not yet reviewed the conversation between Pate and FDOT. Sumwalt also said the NTSB planned to be on the site for seven days and would look closely at how contractors dealt with possible failures, Politico reported.

Just two days before the newly-constructed pedestrian bridge at Florida International University collapsed on March 15, the project's lead engineer left a warning message for Florida Department of Transportation officials about cracks in the structure.

The transcript of the voicemail from Denney Pate Figg Engineers' lead engineer and designer of the bridge was released on March 16.

"Calling to, uh, share with you some um, so, uh, we've taken a look at it and, uh, obviously some repairs or whatever will have to be done but from a safety perspective we don't see that there's any issue there so we're not concerned about it from that perspective … Although obviously the cracking is not good and something's going to have to be, ya know, done to repair that."

The message went to the voicemail of an FDOT employee who was "out of the office on assignment," and did not hear the message until March 16, Politico reported.

Was the Crack the Problem?

Robert Accetta, an investigator with the National Transportation Safety Board (NTSB), said in a news conference on March 16 that it was still too early to determine of the crack in question had anything to do with the bridge's collapse

"I would have to say a crack in the bridge doesn't necessarily mean it's unsafe," Accetta said. "I know crews were out there applying tension to a member, but I don't know if that was related to the cracks they discovered … We have yet to determine what the failure mechanism is," Politico reported.

According to Robert Sumwalt, NTSB chairman, investigators had not yet reviewed the conversation between Pate and FDOT. Sumwalt also said the NTSB planned to be on the site for seven days and would look closely at how contractors dealt with possible failures, Politico reported.

"We want to look at how the contractor identified the risks associated and how they planned to mitigate those risks," said Sumwalt.

"The evaluation was based on the best available information at that time and indicated that there were no safety issues," said Figg in a statement. "We will pursue answers to find out what factors led to this tragic situation, but it is important that the agencies responsible for investigating this devastating situation are given the appropriate time in order to accurately identify what factors led to the accident during construction." 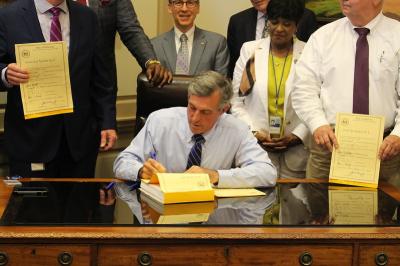 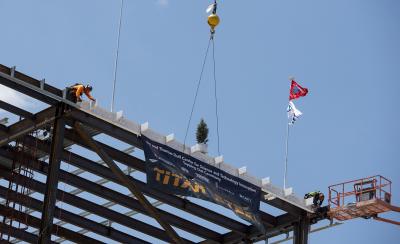