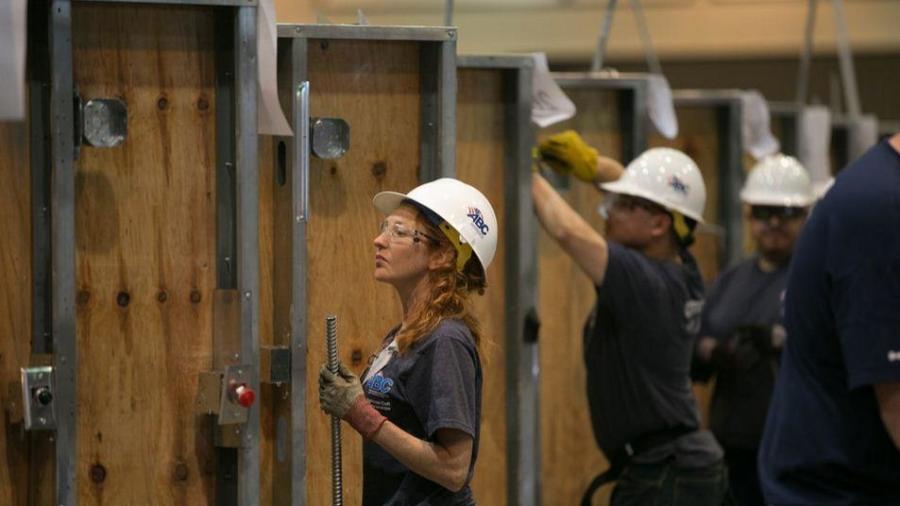 In an effort to attract newcomers to the construction trades, 170 welders, carpenters and electricians will descend on Fort Lauderdale on March 2 to showcase their skills in a national competition sponsored by the Associated Builders & Contractors.

For the third consecutive year, the venue for the 30th National Crafts Championships will be the Greater Fort Lauderdale/Broward County Convention Center, 1950 Eisenhower Blvd.

The national championships, which are open to the public, “showcase the best of the best,” said Chuck Goodrich, president at national electrical contractor Gaylor Electric based in Indianapolis, and chair of Associated Builders & Contractors.

“They've prepared for this thing almost a whole year. This is a climax of that,” he said.

The championship highlights the industry and its projected shortage of 1.1 million skilled workers over the next decade, according to the Washington, D.C.-based industry trade group.

“Our workforce is aging,” Goodrich said. “We're working diligently to improve the construction brand. This is a perfect platform to showcase the many careers and opportunities in the construction industry.”

More than 170 construction apprentices and trainees are expected to compete.

Apprentices take a 100-question written test before the hands-on competition on Thursday. Winners are announced on Friday.

Cash prizes include $750 for the gold medal winner; $500 for the silver medal and $350 for the bronze. The national championships also will name the “instructor of the year,” which comes with a $10,000 cash prize and “craft professional of the year,” who wins a truck.

Goodrich said he thinks the competition is making a “huge difference” in recruiting and raising the profile of the construction industry worker. “People not in the industry don't understand the opportunities that exist in our industry,” he said.

In Florida, more than 60 percent of contractors say they're experiencing construction worker shortages, according to a mid-2016 survey by Associated General Contractors. The biggest shortages are in heavy equipment operators, concrete workers, carpenters, mechanics and truck drivers, the report said.

The Associated Builders and Contractors chapter in Coconut Creek has been trying to help fill shortages by working with employers to sponsor apprentice programs. The group is operating apprentice or pre-apprentice programs throughout Florida. For more information, see http://www.wetrain.org.

Those who want a free guest pass to the competition, which is from 9 a.m. to 3 p.m. March 2, should email Jeff Leieritz, senior media relations manager at Associated Builders & Contractors at [email protected]

About 200 local high school students will be attending, Leieritz said.