In his remarks, Cuomo compared the bridge project to the likes of the New York subway system and the George Washington Memorial Bridge. 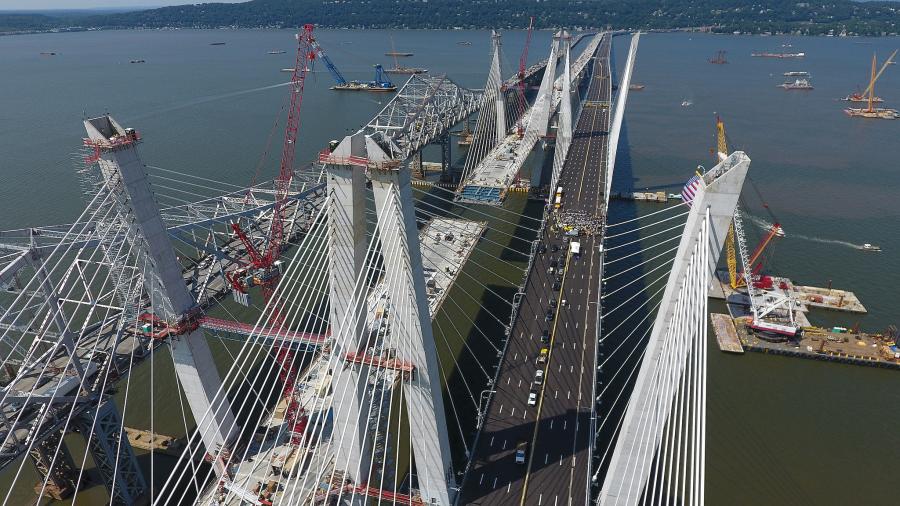 New York Gov. Andrew Cuomo opened the first span of the newly constructed Tappan Zee Bridge in a ceremony Aug. 24. In his remarks, Cuomo compared the bridge project to the likes of the New York subway system and the George Washington Memorial Bridge, which the government hardly ever pursues, the Times Union reported.

“Today says the New York blood still runs in our veins,” said Cuomo. “We lost the daring we had in 1931 when we build the George Washington Bridge. Today is different.”

The opening celebrations included a marching band, school children, a media bus tour of the bridge, and national, state and local politicians. Cuomo and 96-year-old WWII veteran Chick Galella crossed the bridge in a 1955 Corvette, the very same model Galella drove across the bridge in when it first opened in 1955.

It is still unclear who will pay for the $3.9 billion project, however, according to State Republican Party Chairman Ed Cox. So far, the project has received a $1.6 billion federal loan, $750 million in bank settlements and $850 million in bonds. The difference may come from bridge and Thruway tolls, which Cuomo has said could happen. Although the $5 ($4.50 for EZ-Pass) fare is frozen until 2020, some worry that the tolls would need to be raised to cover the cost.

Traffic is slated to start westbound from Westchester to Rockland county Aug. 25, but the project won't be fully complete until sometime next year, the Times Union reported.