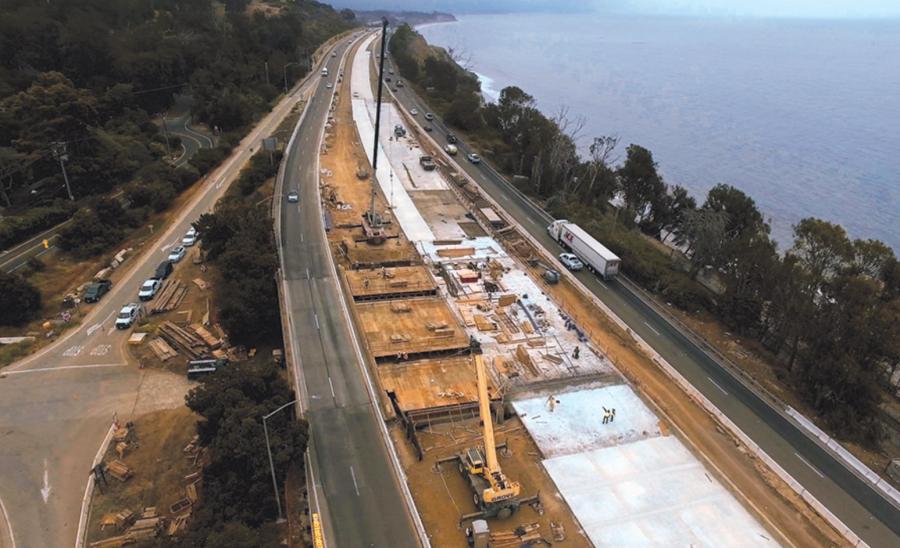 For more than 20 years, the Southern California cities of Santa Barbara and Carpinteria have endured a daily slog of congestion that spills over into these charming beach communities. 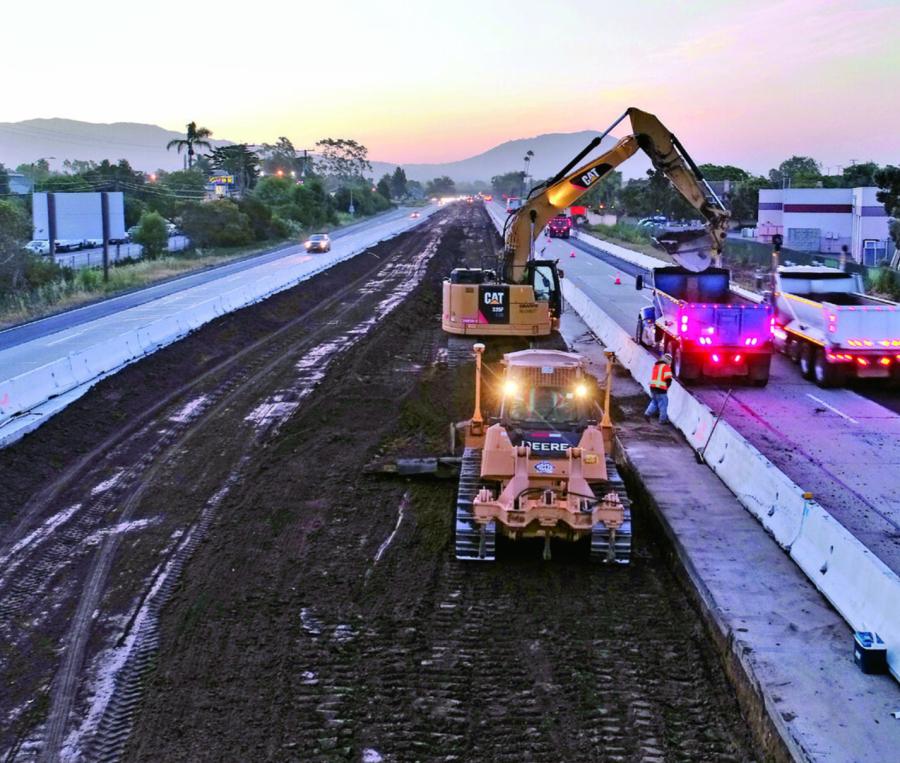 U.S. 101 carries three lanes of traffic in each direction out of Los Angeles to all points northward. The traffic narrows to just two lanes in each direction at Santa Barbara. Options to spread out the traffic are limited with mountains on one side and the ocean on the other.

A traffic accident on the freeway sends drivers into each city clogging the local streets, adding unnecessary additional hours for locals to shop, go to school, to the beach, to church or to community events.

Back in 2008, voters decided to take action against the congestion that was paralyzing their communities. They approved a sales tax increase by an 80 percent margin to fund "101 in Motion." The cities were joined in their efforts by Caltrans, the Federal government, the county of Santa Barbara and SBCAG (Santa Barbara County Association of Governments).

The result of the plan is a $700 million project that could be called "Operation Everything," which includes adding two high occupancy vehicle lanes on U.S. 101 for rush hours, modernizing local bridges to accommodate extra lanes of traffic over and under U.S. 101, improving pedestrian access and completing bike lanes.

Granite Construction is serving as the lead contractor for the massive operation. Construction began in 2020 with planned completion by 2027.

"This project is critical to the safety and mobility of one of the state's most congested highways," said Kyle Larkin, Granite executive vice president and chief operating officer. "As the CMGC, Granite is proud to be partnering with Caltrans, Santa Barbara County Association of Governments and the city of Carpinteria on this project and pleased to see local and state tax dollars from Measure A and Senate Bill 1 being put to work."

The 11 mi. of HOV lanes, one in each direction from Carpinteria to Santa Barbara, and all of the new freeway off ramps will be built of continuously reinforced concrete pavement (CRCP).

"The CRCP is a long-lasting surface without transverse joints," said Kirsten Ayars, a SBCAG and Caltrans representative. "This helps reduce tire noise and maintenance, and that is better for neighbors." 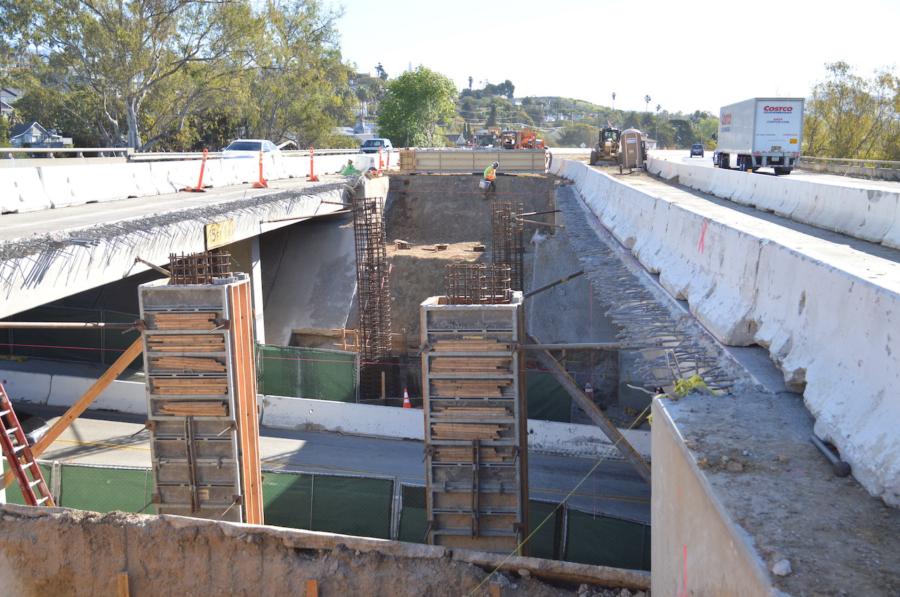 The old road is being crushed onsite and used as subgrade for the new road. The new road will be composed of a layer of asphalt on top of the subgrade, topped by rebar and concrete. The project is reducing construction truck trips by mixing concrete onsite at the North Padaro Interchange. This will limit the miles trucks will drive carrying supplies and mixed concrete, saving some 500,000 mi. of traffic. Fewer trips also will reduce fuel use and will result in savings of approximately $13 million.

"Once completed, this project will have a major positive impact on a severely congested section of highway," said Granite Construction Manager John Vanlenten. "Our team is excited to [build] on another segment of the ‘101' and demonstrate the value of CM/GC to our clients and project stakeholders."

There also are two segments in design and permitting for Montecito and Santa Barbara. The project team is applying for funding for those segments this fall.

The project also targets improving pedestrian access and bike lanes. These two improvements might not sound significant, but in an area that has mild weather year-round, many people opt to leave their cars behind and walk or bike to get to their destinations. 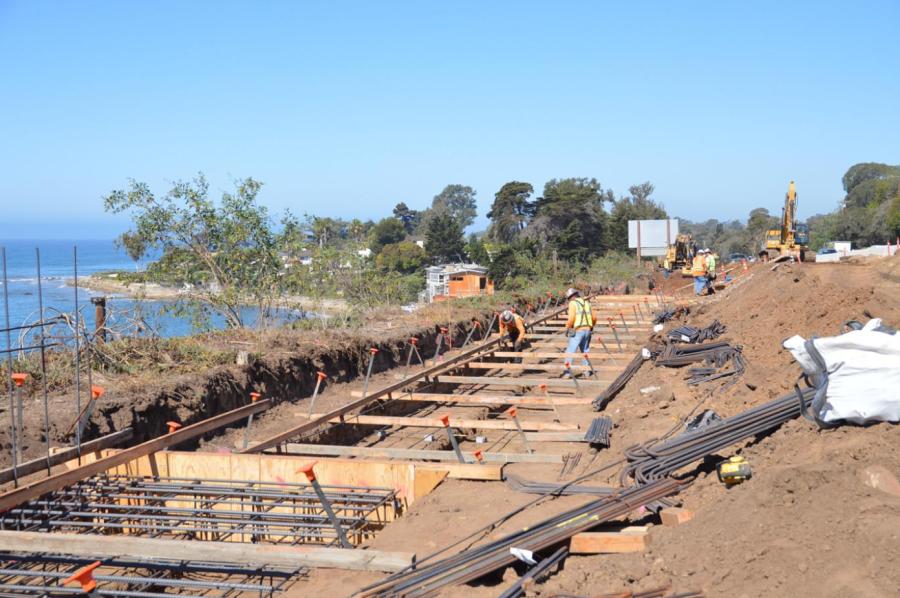 "By closing a gap in the California Coastal Trail, we will make it possible for riders to bike from Carpinteria to Santa Claus Lane and beach without having to cross the freeway," said Ayars. "They will be able to ride past a salt marsh and enjoy some great views of the Pacific Ocean."

Workers have rebuilt several undercrossings and overcrossings, which will provide easier and safer access to walking areas, bike paths and the beaches.

Next on the list for the project is constructing roundabouts to aid the traffic flow with the benefit of helping emergency response. In an area that has seen numerous fires and a debris flow, this is vital.

"This is an exciting project for the citizens of Santa Barbara, Carpinteria and the surrounding areas and we've had a lot of public involvement throughout the process," said Ayars. "There are improvements for all modes of transportation — driving, biking and walking. The aim is to reduce congestion with dedicated peak-period lanes for carpoolers and transit and make it easier to get around our communities, get to the beach, and commute locally with new sidewalks and bikeways." CEG