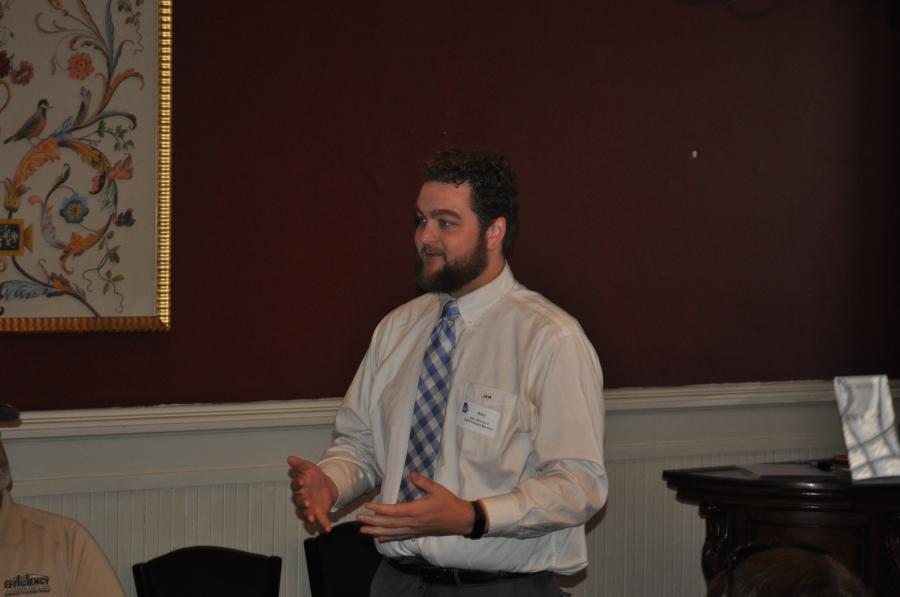 The Georgia Utility Contractors Association (GUCA) Central Georgia Industry Luncheon was held recently at Downtown Grill in Macon, Ga. This was an open invitation event for GUCA members, prospective members, municipalities and government officials. No one in the area wanted to miss out on this opportunity to network while receiving time sensitive information and updates regarding the association and industry. More than 20 members and guests attended this meeting and took advantage of this great networking opportunity.

“The natural beauty of the Ocmulgee River, the presence of the mounds overlooking the city and the wonderfully unique habitats for rare plants and animals surrounding the city, is a large part of the strong attraction of this developing cultural hub,” said Morrison.

“The mission statement reflects the multifaceted work we are leading in Middle Georgia,” said Morrison. “To advocate for the expansion of the Ocmulgee National Monument and its eventual integration into the larger network of public lands in the Ocmulgee River corridor south of Macon to form a new Ocmulgee National Park and Preserve. We seek to preserve historical, cultural, and environmental values, while simultaneously providing the economic and other benefits of a national park to middle Georgia and beyond.

Expansion and preservation of the monument will have a substantial impact on middle Georgia's economy and increase tourism from national and international visitors.”

He also encouraged members to help support HB 538, which is now in the U.S. Senate, by writing to Sen. Johnny Isakson and Sen. David Perdue and asking they support this initiative.