Howell Tractor & Equipment Gets In on Indy 500 Action

Howell Tractor & Equipment LLC held an event during Indianapolis 500 Qualifying on May 21st for its customers and friends. 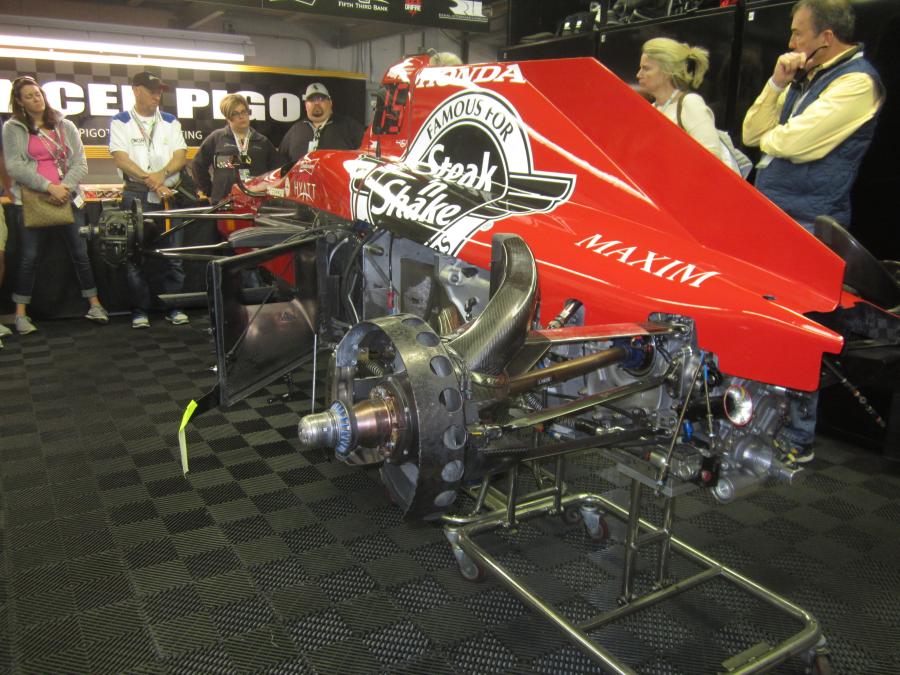 Customers of Howell Tractor & Equipment LLC were treated to a behind-the-scenes tour of the RLL team garage. This is Graham Rahal’s backup car.

Howell Tractor & Equipment LLC held an event during Indianapolis 500 Qualifying on May 21st for its customers and friends.

Guests watched as Team Rahal Letterman Lanigan (RLL) drivers Graham Rahal, #15, and Spencer Pigot, #16, competed on the famous oval as they set the starting grid for this year's historic 100th running of the world-renowned Indy 500 on Sunday, May 29th.

In 2015, Pigot clinched the Indy Lights Championship by sweeping the final two races at Mazda Raceway Laguna Seca. He won a scholarship to compete in the 100th running of the Indianapolis 500 in the Verizon IndyCar Series and in November signed with team Rahal Letterman Lanigan.

During qualifying, attendees were given a behind-the-scenes tour of the RLL team garage, Pit Row and Gasoline Alley. Entertainment included tickets to the historical Speedway Museum, food and beverage service throughout the day, interactive games, exhibits and live music.