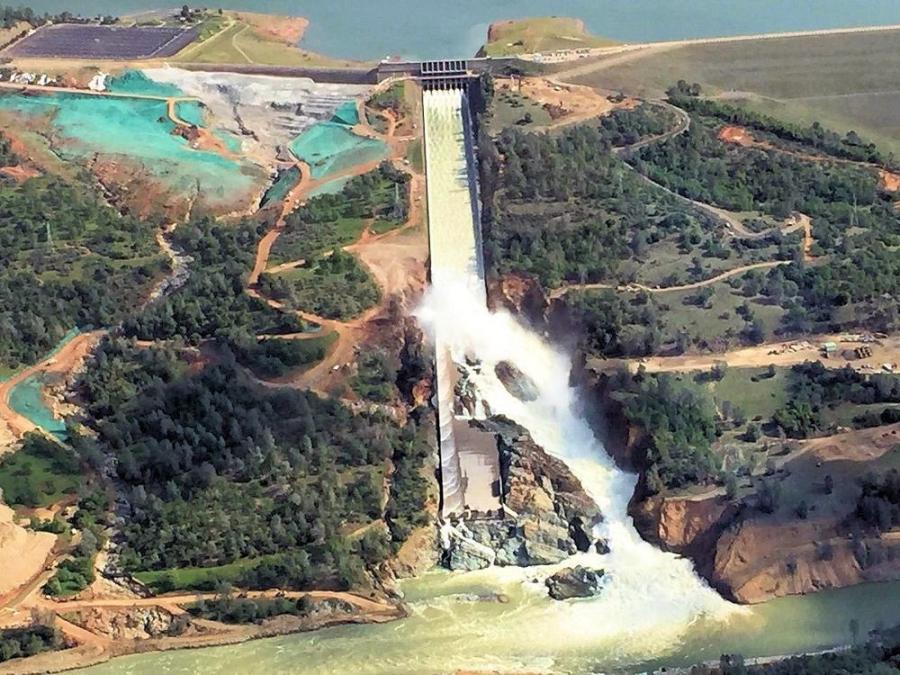 Selby and his team worked through the night to repair the Oroville dam’s emergency spillway weir and ensure that any subsequent rains or spillage wouldn’t further erode the structure.

With a heavier than usual snowpack above stream and the threat of rain around the corner, Selby needed to reinforce the emergency spillway with a thick matrix, and quickly — without stopping for clogged pumps or refilling the trucks every hour. He used CocoFlex ET-FGM, a hydraulic application that gets its strength from a blend of coconut fibers. 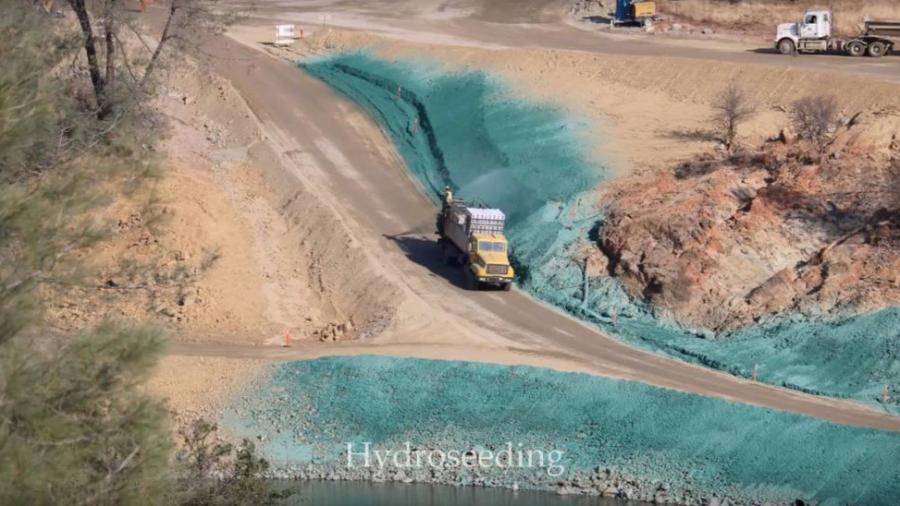 Smaller hydroseeding units can't pump the thick pulp as well, but the Apex applicators sprayed it farther and faster, without clogging. Apex applicators use centrifugal pumps with a vortex impeller, which moves the mulch in a circular direction, so slurries circulate along the perimeter of the pump and have little to no contact with the impeller. This allows delicate seeds and nearly any viscosity of material to flow freely through the pump.

The extra pump pressure had an added effect of allowing Selby to spray off the tower of the hydroseed applicator and reach up to 300 ft. from the truck without using hoses. Hoses take time to bring in, set up, clean, and move. When an operator can spray from the truck tower, they save time and labor.

The vortex pump combined with minimizing twists and turns in the suction pipe allowed for discharge of nearly the entire tank of material without clogging, ensuring steady flow over long distances, greater efficiency and consistent, high-quality results.

"The CocoFlex is a lot more robust, and harder to pump — if you had a small pump machine it probably wouldn't do very well with that product," Selby said.

Selby's operators put down CocoFlex at 4,500 lbs. per acre along with a native seed mix and fertilizer. Selby brought two 4,000-gal. Apex tanks on the 100-acre job site. A hydroseed applicator would fill up, spray an acre and let it cure while refilling then spray it again, a total of four coats. It's a rigorous and demanding process that wouldn't be possible on a smaller tank, but Selby's Apex hydroseed applicators had no problem with it.

On difficult to reach job sites, refilling hydroseeding tanks can cost valuable time. Apex hydroseed applicators are designed wider and shorter than other applicators to maximize tank capacity, allowing Selby to stay on the job and spraying longer than he ever could before. Comparable hydroseeding models are up to 4 ft. longer, extending the wheel base and decreasing maneuverability on the job site.

Getting the job done on hard to reach jobs like the Oroville dam means maximizing equipment with the fewest stops possible to reload the tank.

In May, Selby Soil Erosion Control returned to the Oroville Dam to help repair the damaged main spillway. The dam has its own quarries, concrete plants and rock crushing areas that provide construction material onsite. The repair project included creating haul roads to move material and creating level areas for the concrete plants and rock crushing plants. There also were dozens of crane pads created to access the job site up and down the spillway — each of which required cutting slopes above and below, exposing even more bare soil.

Those roads and pads involved constant grading and disturbing massive amounts of dirt — Selby's job was to make sure that dirt stayed put. Creating a zig zag of haul roads over the steep site involved cutting slopes to stabilize the roads. Selby sprayed those slopes to keep the roads in place so the unprecedented amount of heavy equipment could access the various points of the job site.

Selby and his team worked through the night to repair the Oroville dam's emergency spillway weir and ensure that any subsequent rains or spillage wouldn't further erode the structure. Selby Soil and Erosion Control has even been brought back to provide erosion control when teams began to repair damage to the site. Residents downstream of the Oroville Dam can rest easy, knowing Selby Soil Erosion Control, armed with Apex hydroseed applicators will ensure that erosion at the Oroville dam is under control.