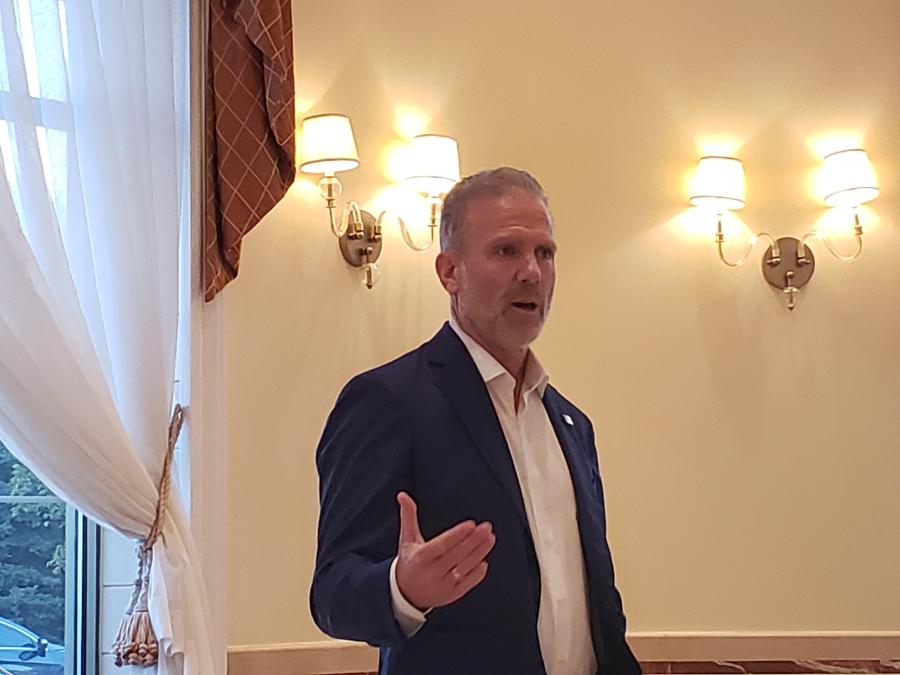 Republican Gubernatorial Candidate Gary Rabine was invited to speak to members of IED during its annual business meeting on Oct. 20.

The Illinois Equipment Distributors' (IED) held its annual business meeting on Oct. 20 at Venuti's Italian Restaurant in Addison, Ill. Gary Rabine, Republican candidate for Governor of Illinois, was invited to speak to members of the organization. Many IED members have known Rabine for 40 years as a friend, family man and businessman.

Rabine announced his candidacy on March 30, 2021. He runs a successful asphalt paving business and is dismayed by the number of Illinois citizens leaving the state due to its current economic situation — lack of jobs and an overly taxed public. His campaign goals are to "create jobs, build safe communities and crush property taxes." 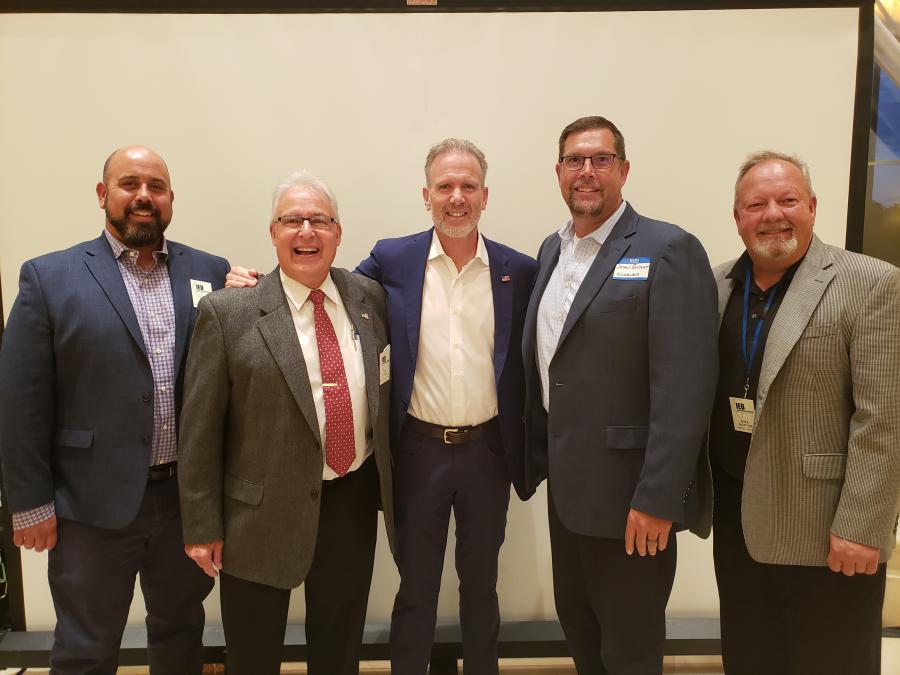 "As a serial entrepreneur, for 20 years I worked as a laborer and leader in our original bootstrapped small business, Rabine Paving," Rabine stated in his campaign literature. "Over the past 20 years, I founded dozens of small businesses at the Rabine Group. I know that great things only happen when people set aside differences and collaborate toward a common goal."

Although he hasn't held an elected position in government, Rabine brings his business experience to the table. Being in the paving business also gives him insight into infrastructure. According to his website, Rabine plans to rebuild Illinois' roads and bridges, creating good paying jobs. Investing in waterways also is on his agenda, to "make sure that our infrastructure is ready to meet the challenges of the 21st century."

By showing the citizens of Illinois the value and benefits of the state, Rabine hopes to keep future generations from fleeing. He is proud of Illinois and wants to make it the best place to raise a family.

"At this point in my life, my goal is for families and small businesses like mine to have the ability to live and thrive here again," Rabine said in his brochure. "With my leadership, families will again want to come here to build their Illinois American Dream." CEG

(All photographs in this article are Copyright 2021 Construction Equipment Guide. All Rights Reserved.)