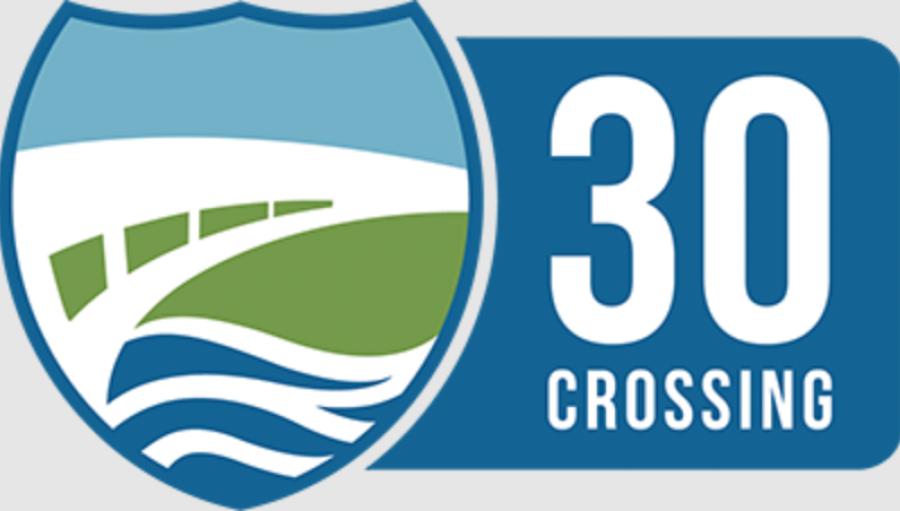 Construction on Interstate 30 in the Little Rock, Ark., area is set to soon reach several important mileposts as work continues on a flyover ramp, and a new bridge over the Arkansas River is opened.

The developments are part of the $1 billion 30 Crossing project, designed to rebuild and widen parts of the thoroughfare to improve access in and out of downtown Little Rock and the city of North Little Rock, according to an Aug. 8 report in the Arkansas Democrat Gazette.

In mid-August, crews will hang steel girders for a ramp at the I-30/I-40 interchange in North Little Rock, the Arkansas Department of Transportation (ArDOT) announced. State officials have decided to close a section of I-40 on the weekend of Aug. 19 rather than shut down the freeway for multiple nights.

"[It is], for a lack of better terms, a greater amount of pain in a less amount of time, and the public seems to prefer that," Dave Parker, a spokesperson of ArDOT told the Little Rock-based news source. "Instead of stretching it out over seven [or] eight nights, let's just get in there for 48 hours and shut down the interstate."

When the ramp girders are installed, ArDOT is planning for I-40 eastbound thru traffic to be temporarily routed around Little Rock and North Little Rock.

The transportation agency said that westbound traffic on I-40 passing through the two central Arkansas cities is not expected to face a detour.

Considering that the eastbound detour will route traffic around North Little Rock, Mayor Terry Hartwick said the closure is likely to be the toughest one yet for drivers leaving and entering the city. Despite the broad scope of the 30 Crossing project and the relatively minor shutdowns it has caused, he said ArDOT was managing the work well.

"All the stuff they've done, it's amazing they can do what they do with so little closure," he said during an Aug. 4 interview with the Democrat Gazette. "It's a little inconvenience to make things better in the long run."

"There was a lot of notification for many years in advance on how long it's going to take," Hartwick noted. "People knew it was going to be an inconvenience but just accepted that it's progress."

Flyover Work to Continue; New Bridge to Open in Weeks

Construction of the flyover ramp at the I-30/I-40 exchange will continue after the placement of the girders, and ArDOT expects to have the project completed in the late summer of 2023, according to Mark Trickey, an alternative delivery project engineer with the state agency.

South of the interchange, a new I-30 eastbound bridge across the Arkansas River is slated to open in September, Trickey told the news source, adding that ArDOT will shift traffic onto the bridge in three phases.

During the first phase in early September, eastbound traffic leaving Little Rock will have access to the bridge from the northbound frontage road at Fourth Street. On the north side of the river, drivers will be able to exit the bridge onto North Little Rock's Broadway Street.

After providing access to the new bridge from the northbound frontage road, ArDOT will close the temporary Ninth Street on-ramp onto I-30 in Little Rock to allow construction crews to build more of the main eastbound lanes on I-30.

"That first phase will be in service for approximately a week to 10 days while we do some asphalt paving at other locations," Trickey said in speaking with the Democrat Gazette.

ArDOT plans to announce further details of the opening on Aug. 17.

Old Bridge Goes Down, New One Goes Up

According to Trickey, once the new structure over the Arkansas is open, demolition experts will take down the old I-30 bridge around Oct. 1. Rather than using explosives to destroy it — as the state did with limited success when demolishing the Broadway Bridge in 2016 — crews will disassemble the old road structure.

The work will likely be a 10-month task, he said, meaning crews will probably finish sometime next spring.

With that done, construction can begin on a new bridge that will ultimately carry I-30 westbound traffic across the river, the Little Rock news source reported. In addition, it will be built within the same footprint as the old I-30 bridge.

Upon its completion, the east and westbound bridges will each have two collector-distributor lanes and an auxiliary lane. The structures also will include an improved opening for barges passing underneath.

Since the beginning of this year, ArDOT has marked multiple milestones in the first phase of the 30 Crossing project. The current stage of construction, expected to cost $540 million, began in 2020.

In March, the Arkansas Highway Commission signed a change order adding $55 million to the first phase that extended the project's timeframe to July 2025 and allowed for the construction of a ramp to give downtown traffic access to westbound I-630 via a southbound I-30 frontage road.

State officials also told the Gazette Democrat that they expect to complete work on the new Sixth Street overpass in early 2023.

Of the 30 Crossing project's total $1 billion price tag, $635 million is currently under contract. At the peak of construction, Trickey said approximately 165 people were on payroll for the project.