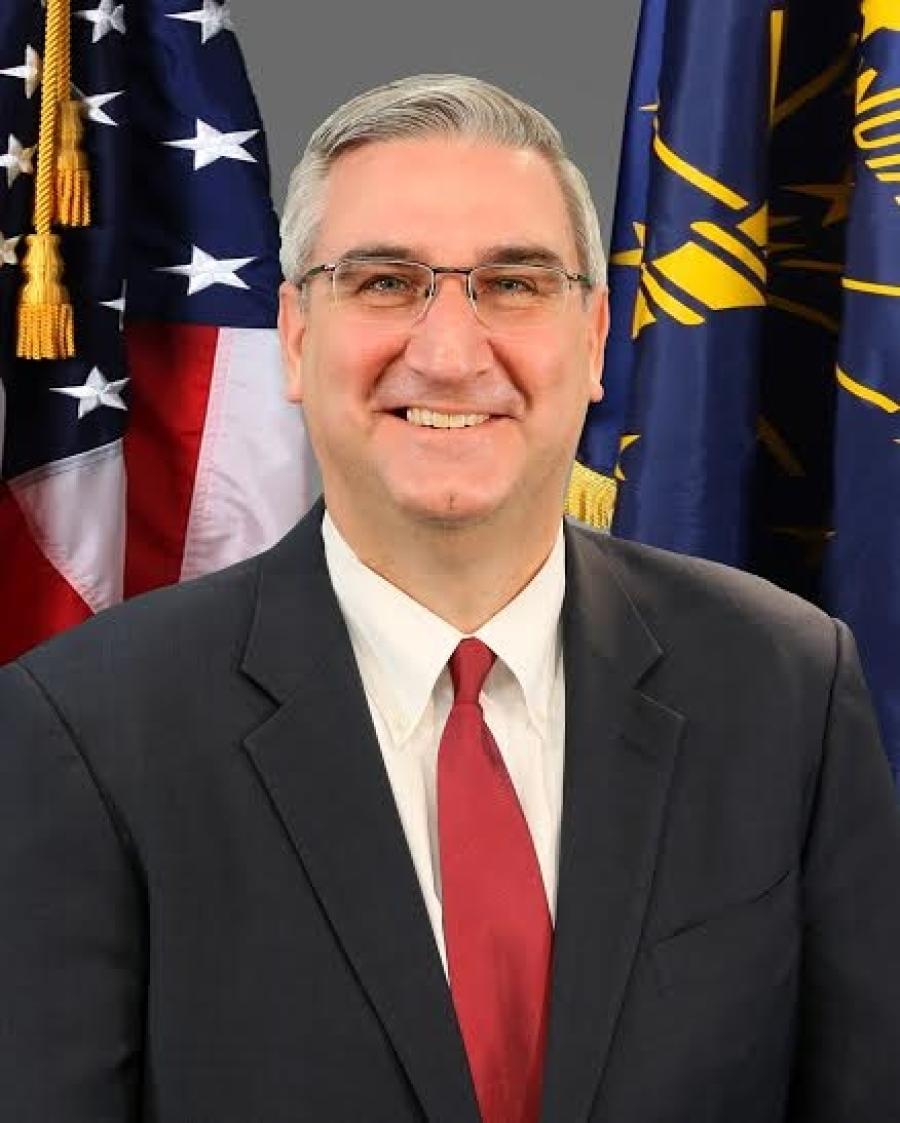 INDIANAPOLIS (AP) Indiana Gov. Eric Holcomb said that he was “incredibly stoked” to announce a $4.7 billion list of infrastructure projects across the state that will get funding over the next five years.

Holcomb and the GOP-dominated Legislature made raising taxes to pay for infrastructure projects a top priority this year.

The announcement by the Republican governor comes after the GOP-controlled Legislature passed a package of tax and fee hikes during the session that ended in April, including a 10-cent fuel tax increase that took effect on July 1.

“This transformational infrastructure program will be the largest non-stop sustainable building program that our state has ever seen,” Holcomb said at an Indianapolis news conference where he unveiled his “Next Level Roads Plan.”

“We're fixing things. And we're doing it now. And we're paying for it now,” he said.

The projects on the list include efforts to rehab 1,295 bridges, resurface 9,628 miles of road and add an additional 122 miles of roadway, according to state figures. One major project is completing the remaining miles of Interstate 69, which will provide a direct route from Evansville to Indianapolis.

The effort is running more than a year behind schedule and the state recently took control of the project, which had been run by a public-private partnership inked under former Gov. Mike Pence that was plagued by problems. One of the main contractors, the Spanish company Isolux Corsan, recently filed for bankruptcy.

“We will finish that project. Hoosiers have not just come to expect that, but they deserve that,”Holcomb said.

Other large resurfacing projects the plan will pay for include parts of Interstate 65 in Marion County, portions of U.S. Route 41 in Vigo County, a 10 mile stretch of State Route 101 in Allen County and parts of State Route 62 in Vanderburgh County, according to the governor's office.

Holcomb's plan also includes an additional $342 million for local roads projects, according to figures provided by his office.

The plan to rehab and build up the state's deteriorating infrastructure is the product of years of work by lawmakers.

Last year, House Speaker Brian Bosma advocated for a tax increase to pay for roads improvements, but that was during an election year and Senate Republicans, as well as former Gov. Mike Pence, now the vice president, were adamantly opposed.

Overall, the Legislature approved more than 40 tax and fee increases this year.

Republicans said their plan makes sense: by relying on vehicle fees and gas taxes, they are asking people who use the roads most to pay for them.

But Democrats point to the state's roughly $2 billion budget reserve and question why the GOP wants everyday motorists to pay more — especially after a decade of Republican-led tax cuts have shifted the burden away from the rich and onto the poor and working class.

What remains to be seen is if the financing they put in place this session will be enough. Holcomb and GOP leaders have already said that tolling some interstates will likely be necessary in the coming years in order to fully address the state's infrastructure needs.