The lake's water level seems to have finally stabilized five weeks after Hurricane Irma dumped heavy rains as it raked across Florida, causing a 3.5 ft. increase in the lake. 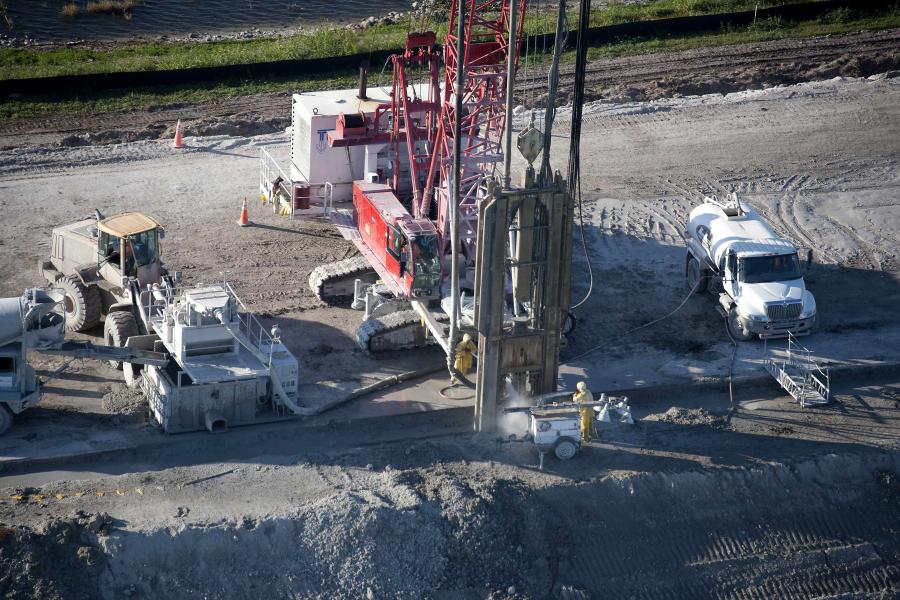 The corps is halfway through a $1.7 billion renovation program, which is scheduled for completion in 2025.

CLEWISTON, Fla. (AP) For the thousands of Floridians who live in the shadow of the 80-year-old dike that surrounds Lake Okeechobee, there is always a back-of-the-mind fear that the earthen barrier might fail — a twitch that gets ticked up a notch when its water level reaches near-record levels like now.

The Army Corps of Engineers, which oversees the Herbert Hoover Dike, said that recently activated daily inspections show that while there is some increased seepage as the water level now exceeds 17 ft., the barrier's integrity has not been compromised. The lake's water level seems to have finally stabilized five weeks after Hurricane Irma dumped heavy rains as it raked across Florida, causing a 3.5 ft. increase in the lake. The record is 18.5 ft.

The corps has been releasing lake water through canals to the state's Atlantic and Gulf coasts to keep the levels under control and lessen the chance of failure of the 40-ft. high berm, which winds for 142 mi. It was built in the 1930s using sand, rocks, limestone, clay and peat that came from local dredging. Little compaction was done.

Almur Whiting, the corps' regional dam safety officer, said if the dike were built today, better material would have been used and it would have been packed tighter. He showed a group of reporters Oct. 19 what inspectors look for. While there has been seepage and even some flowing water coming through the dike, the water has not been carrying material from inside the barrier. That would be a sign of possible weakening, he said.

The corps is halfway through a $1.7 billion renovation program, which is scheduled for completion in 2025. There is a push to complete the project by 2022 but that would require increased spending of $200 million annually, up from the $50 million to $150 million that has been budgeted annually over the last decade. Part of the renovation includes installing barriers within the berms to slow the seepage.

The biggest concern with the high water level would be a late-season tropical storm like Hurricane Wilma, which struck South Florida on Oct. 24, 2005. In addition to adding feet of water to the lake — the added weight would put additional pressure on the dike. A storm that passed directly overhead also could cause the water to slosh from one side to the other like in a bathtub. That could cause the dike to fail.

“Any hurricane, storm or tropical system, even unnamed, has the potential to dump enough rain to continue to cause us problems,' said John Campbell, a corps spokesman. There are no tropical systems currently in the Atlantic Ocean or the Gulf of Mexico.

An earlier state-built, smaller dike failed on the lake's southern edge during hurricanes in 1926 and 1928. The resulting flash floods crashed through the surrounding towns, killing 300 people the first time and more than 2,500 the second. Most victims were African-American farmworkers. Today, a similar sudden failure would be even deadlier as the population has grown, though the corps said the odds of such a catastrophe are remote. Still, residents were advised to evacuate as Irma approached last month.

Latrina Steele said she, her husband and two children headed to Alabama before Irma arrived. She said she never fully trusts the dike, even though she has lived in the area for nine years.

“I know that they are saying it will be fine, but it is people saying that,' said Steele, a Clewiston homemaker. “I don't want to be here if it turns into another (Hurricane) Katrina like in Louisiana.'