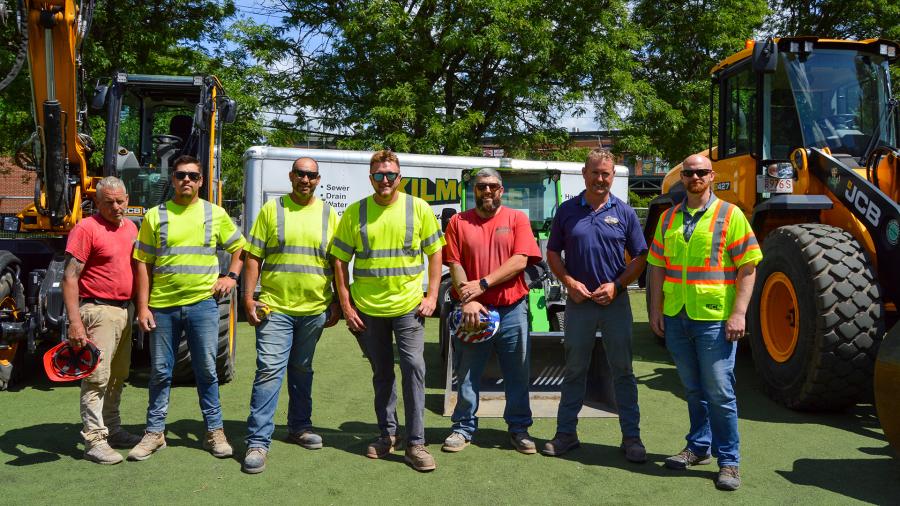 The company's owner and founder, Padraig Sheehy, immigrated to the United States in 1999 from County Kerry, Ireland, determined to start his own business. 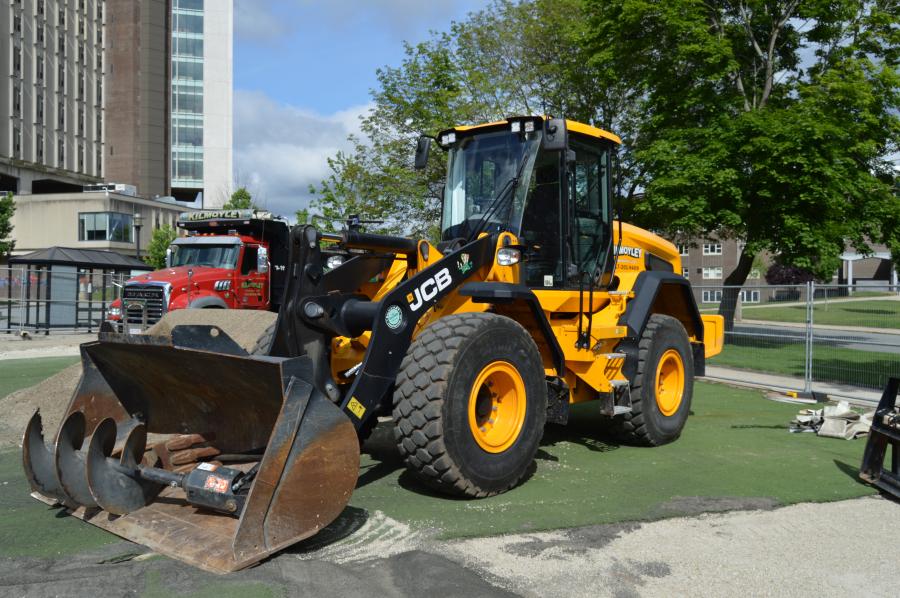 Sheehy was raised on a dairy farm in Ireland and also was an athlete who grew up participating in the sport of hurling, a very physically intense field sport of Gaelic Irish origin, which bears a little bit of resemblance to lacrosse. Between hurling and the hard work learned on the dairy farm, Sheehy understands the value of hard work, grit and perseverance, which he applied to his dream of owning and operating his own construction company. This dream came to fruition in 2003 with the purchase of a JCB tractor loader backhoe and the official of start of Kilmoyley Construction.

Kilmoyley is the name of the town in Ireland that he grew up in. In the early days, Sheehy built the company and his bulk of experience doing utility work and sidewalk construction. He later found an opportunity working projects for the University of Massachusetts in Lowell.

At UMass, the diversity of the work expanded, and Sheehy found the need to expand his equipment inventory to include JCB excavators and wheel loaders. The variety of projects that Kilmoyley Construction addresses at UMass seems never ending. Currently, the company is improving an entertainment area and expanding the facility's stage, adding lighting effects and putting in new sidewalks to what will be an improved concert venue.

When the company is not involved in structural construction at the university, much of the work Kilmoyley does at UMass will include snow removal, aquascape repair, sewer and water maintenance system repair and general landscape and property improvements.

UMass is not Kilmoyley's only customer. It has developed a strong reputation in utility installation and repair, and it has done a significant amount of work for area municipalities. During peak seasons, it runs a crew of 10 to 15 employees. Like most construction firms these days, one of Kilmoyley's biggest challenges is finding the workers to keep the company fully staffed.

Kilmoyley takes great pride in the work that the company does, starting each project in a timely manner and finishing the project on time and on spec. In fact, most projects are completed ahead of time.

"There are several reasons we are able to complete our projects ahead of schedule, including a hard-working, experienced crew and our fleet of JCB construction equipment," said Sheehy. 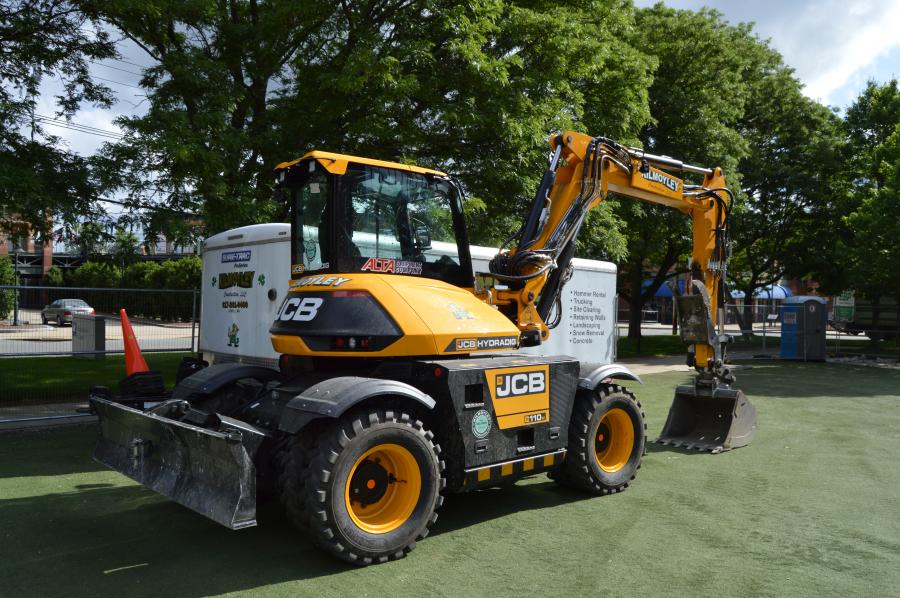 The purchase of the JCB Hydradig involved matching the purchase of a piece of equipment to some of the unique circumstances that Kilmoyley faces at UMass, as well as other utility repair projects.

"UMass has a massive, sprawling campus, and our projects will jump from one end of the university to another, sometimes in the same day," Sheehy said. "The JCB Hydradig is a wheeled excavator that travels over the road at about 25 mph. We can drive it straight down the roads of the campus doing no damage whatsoever to the road surface and saving ourselves the time and bother of loading the machine up on a trailer and hauling it from point A to point B.

"We have equipped the Hydradig with several attachments that have dramatically improved the flexibility of the machine, including several different buckets for a variety of digging applications, a 12-inch auger and a flail mower for cutting back trees and bushes.

"The Hydradig also gives us tremendous maneuverability because of its crab steer and four-way steering. You can position it just about anywhere turning on a dime. The Hydradig is also engineered with a very low center of gravity, which gives it a larger lifting capacity and additional stability. It would be extremely difficult to tip this machine and the visibility is amazing.

"The Hydradig is also amazingly easy to maintain. Everything you need to access you can do from the ground, including changing all of the filters."

Sheehy is equally impressed with his JCB 427ZX wheel loaders.

"Initially, the 427s were purchased for work at UMass. We needed wheel loaders that would offer maneuverability, speed and visibility. Maneuverability is important because of vehicles and obstacles you deal with when doing snow removal, particularly with a 14-foot snow pusher attached; visibility is very important when you factor in thousands of students to the formula. No matter how heavy a snowfall we receive, pushing snow in some massive parking lots, the JCB 427ZX machines are hands down the best machines we have had.

"These machines are so comfortable my employees will scrap over who gets to operate them. The loader is easy to get into, the seat is extremely comfortable and the cab stays toasty warm even during the coldest winter days."

"These are very diverse machines. The wheels are designed in a way that we can run across the grass or even mow with them. They do a great job of salting or even snow removal on sidewalks. 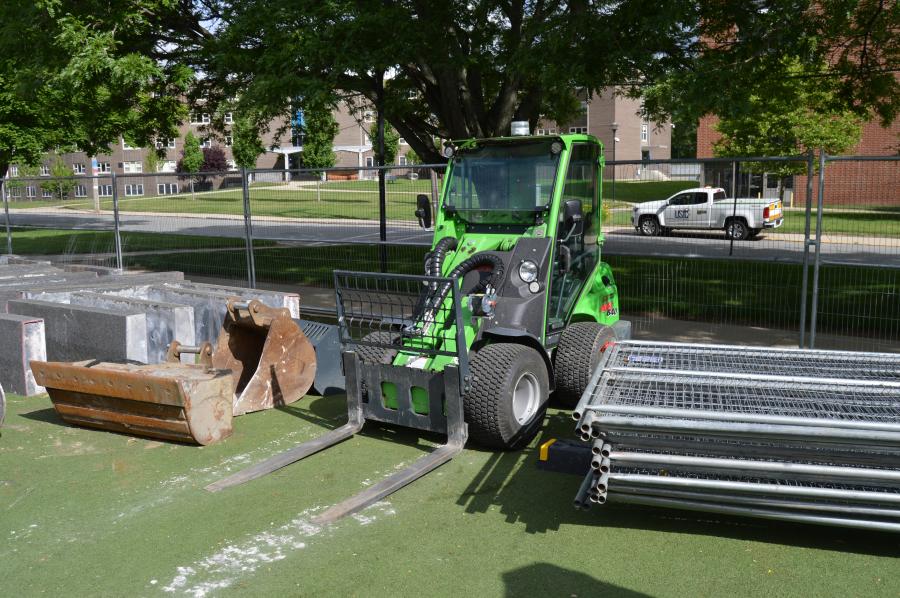 "The visibility is great; they are quite fast and very maneuverable. The Avant is also a very stable machine. We can deal with some very steep terrains without concerns of tipping over. It is a very safe and very comfortable machine to operate."

"Kevin Swartz, our rep with Alta Equipment Company, has been amazing to work with. He goes above and beyond on anything we have asked of him. He answers the phone right away and comes out to our jobs when we need him, even on weekends. When needed, he will run to Alta Equipment, pick up a part and deliver it to us personally. We would recommend Alta Equipment Company, JCB and Avant to anyone who would ask." CEG