The John Deere Foundation will continue to help those in the world for many years to come. 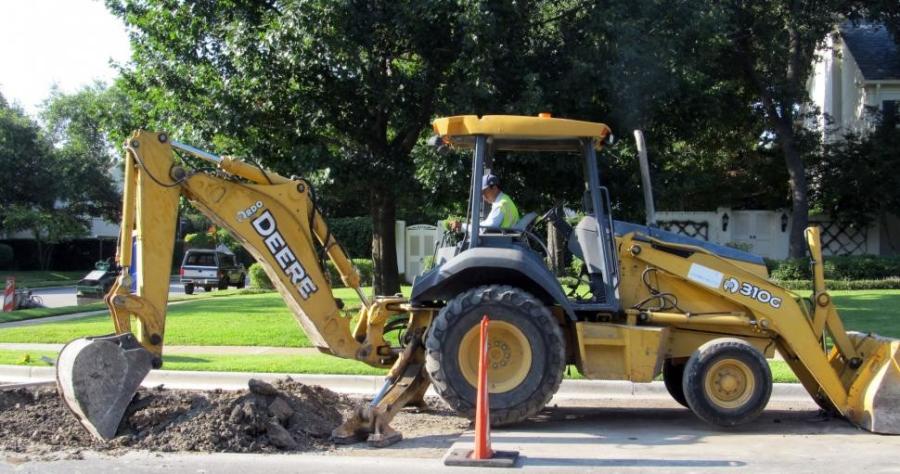 From its beginnings as a small home forge, manufacturing small tools such as pitchforks and shovels, the John Deere Company has since expanded into a world leader in manufacturing.

John Deere was one of the most influential blacksmiths and inventors of 19th-century America. His breakthrough invention, the self-scouring steel plow, is the tool that helped reshape the American Midwest from a muddy clump of territories into the nation's breadbasket. Since its start in 1837, the company has risen in importance in the United States and beyond, expanding past its agricultural focus and delving into the philanthropic realm, as well.

Born on Feb. 7, 1804, John Deere was the third son of William Deere and Sara Yates Deere. His family moved from the then-small hamlet of Rutland, Vt., to the village of Middlebury, Vt., where William Deere worked as a tailoring merchant.

In 1808, William Deere sailed to England to claim an inheritance that would help secure a better life for his family. William Deere was never heard from again and has since been presumed dead at sea. Due to his mother's meager income and single-parent status, in that era, Deere's education was probably limited in scope and restricted to the common schools of Vermont.

At 17, he secured an apprenticeship with a local blacksmith, eventually becoming a journeyman throughout his home state. By 1836, as the state of Vermont was just beginning to grow thanks to the discovery of marble rock deposits, Deere traveled to Grand Detour, Ill., to make a fresh start and earn money for his own burgeoning family. Welcomed by the founder of the town and childhood friend, Leonard Andrus, Deere built a house and established a forge where he began manufacturing pitchforks and shovels.

Thanks in part to the town's small size, as well as his own skill with a hammer, Deere's products were in high demand throughout the community as new pioneer farmers set about establishing their farms and working the land. The prairie soil of Illinois proved a significant challenge to the farmers of the area, providing Deere an opportunity to reinvent the cast-iron plows of New England. Through observation, trial and error, in 1837, he managed to take a saw blade and reshape it into a highly polished and properly shaped plow blade, creating his signature work.

By 1841, Deere was making hundreds of his specialized plows a year. In 1843, he and Andrus partnered to expand his production and meet the increasing demand for the Deere plow. Though Deere would later dissolve his partnership with Andrus and move his business to Moline, Ill., the original site, known as the John Deere House and Shop, is still operational and run by the John Deere Company.

From its beginnings as a small home forge, manufacturing small tools such as pitchforks and shovels, the John Deere Company has since expanded into a world leader in manufacturing. To this day, the company provides advanced tools, products and services for those who cultivate, harvest, transform, enrich and build upon the land.

As of 2014, Deere & Company has become one of the largest agricultural machinery companies in the world, employing more than 67,000 people worldwide — half of whom are in the United States. The company remains connected to its roots with its administrative center in Moline, Ill., and offers some of the best industrial equipment on the market.

While retaining its traditional product lines, the company is still competitive in the 21st century, thanks to its exploration and experimentation with electric farm equipment. Like its founder, the company also plays an active role in various communities and society as a whole through its foundation.

While most large-scale companies have some sort of philanthropic arm to accompany their corporate parent, the John Deere Foundation focuses its efforts on providing education and training to reinforce the world its products help feed and maintain.

According to John Bustle, vice president of the John Deere Foundation, “One of the John Deere Foundation's goals is to help eliminate hunger through initiatives that help manual farmers move from subsistence farming to commercial agriculture, resulting in enhanced security for the farmers, increased and sustainable food supplies and measurable economic growth in developing nations,”

From developing sustainable solutions to world hunger, farmer training and the improvement of water access and usage, the foundation is dedicated to creating an environment in which vigorous, high-tech agriculture can thrive.

The John Deere Foundation has allied itself with other financial and charitable interests abroad, investing heavily in international concerns such as strengthening global education, reducing hunger and providing disaster relief across the world since 1917.

It goes without saying that the John Deere has made a monumental, generational impact. The John Deere Foundation will continue to help those in the world for many years to come.

Megan Wild writes is a freelance writer who specializes in construction. You can find some of her work on sites like Engineering.com, Procore, Construction Equipment Guide, and more. Follow her on Twitter @Megan_Wild.