Joint Venture Working to Rebuild, Widen Lanes Along I-65 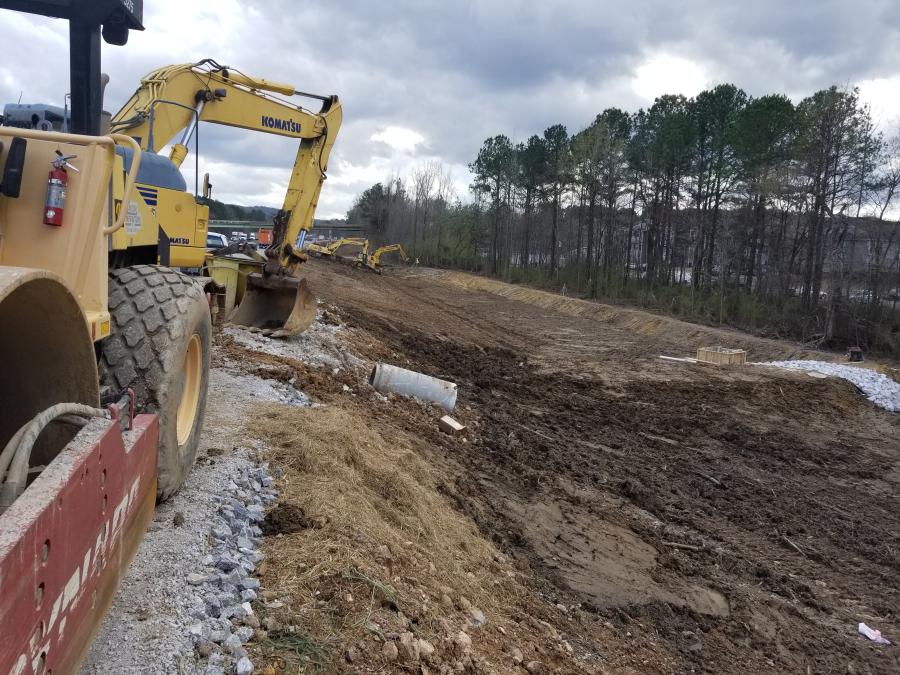 ALDOT’s $68M project to rebuild and widen lanes along Interstate 65 is under way currently in Shelby County near the city of Pelham.

The joint-venture of Dunn Construction Co. Inc. and Wiregrass Construction Company are looking to deliver the Alabama Department of Transportation's (ALDOT) $68 million widening of four miles of I-65 (south of I-459 from exits 238 to 242) by this July. 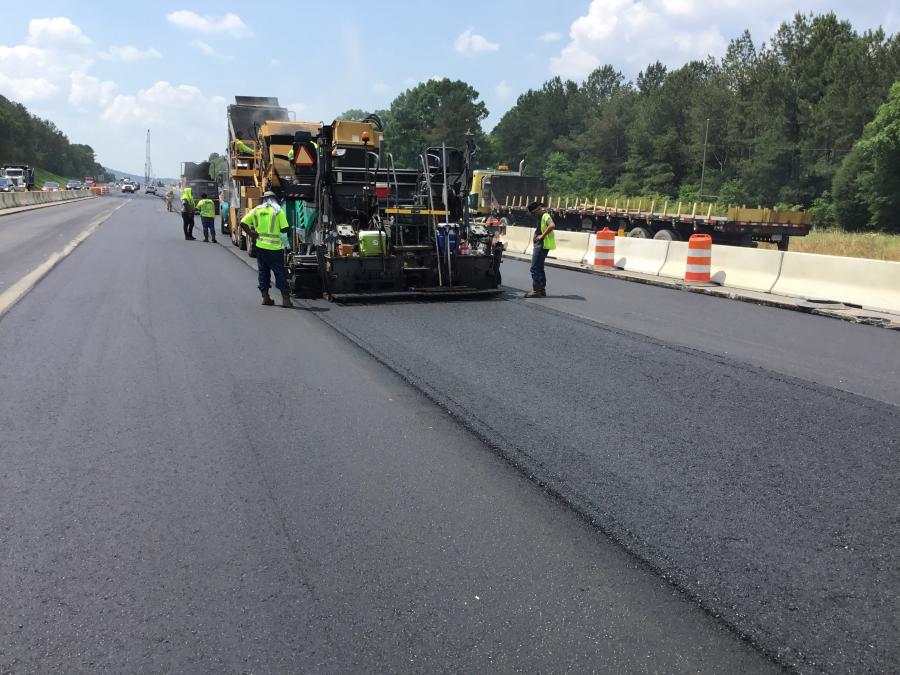 The work, occurring in Shelby County near the City of Pelham (20 miles south of Birmingham), began in February 2018 and is also upgrading the existing two lanes in each direction. The widening has two lanes being placed in the grass median and a new lane on either side of the north-south highway.

Planning for the project has been in the works for many years as sections to the north of the project have already been widened to four lanes in each direction. "This is a continuation of that project," said Gary Smith, ALDOT construction engineer, who noted that widening of the section north of the one under construction was completed in 2012.

The widening improves safety for motorists who will no longer have to merge into a smaller highway. The new road infrastructure was designed by ALDOT and Stantek Inc.

"There were no significant design or engineering challenges," Smith stated. "We had to widen some bridges, so staged construction for them was a challenge for that aspect. We had to do some cross-slope correction that was part of the rebuilding of the existing lanes. We had to get traffic off those lanes, stage them over into new lanes in the median and come back and reconstruct the correct cross-slope of the existing lanes. Since we had a place to move traffic, it wasn't impossible by any means."

The expected lifespan of the new and upgraded lanes is approximately 20 years before having to resurface the top layers of the roadway again. The new lanes have a 12-in. base and a 17-in. asphalt buildup. 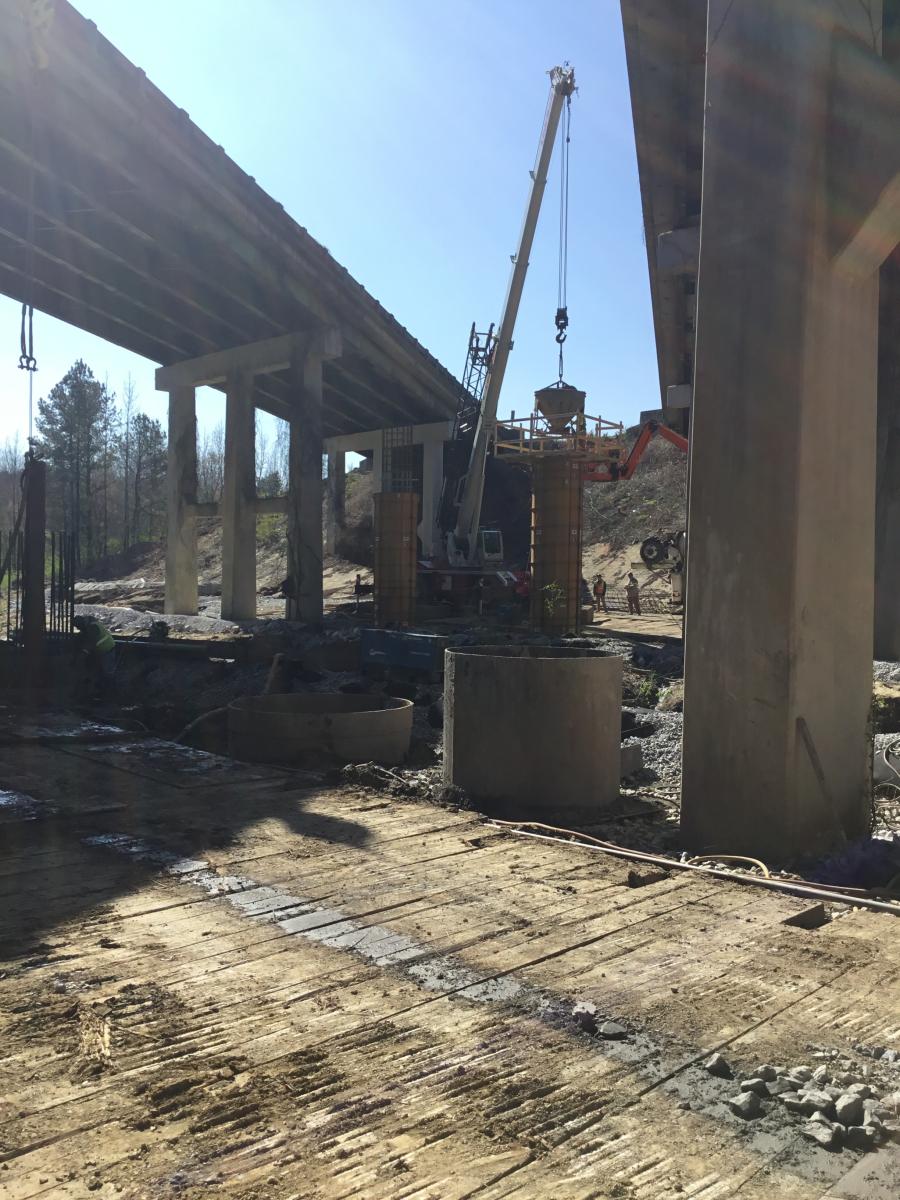 There were few utility issues to tackle. Crews had a few utilities to move due to relocated traffic signals and their foundations having to accommodate new ramp widening. Soil issues generated more problems.

"We had a couple of slides due to heavy rains and we had to mitigate those areas, usually by building a rock buttress to steady those backslopes," Smith said. "We were concerned early on, and we did a lot to prevent any sediment from leaving the project. We had to be very innovative in our erosion control design and implementation."

The ability to deal with the soil issues successfully speaks of the solid relations between ALDOT and the JV.

"We deal mainly with Dunn Construction," said Smith, who pointed out that Dunn's Michael Estell is the project manager for the entire project and ALDOT's primary contact. "Estell has been very responsive and helpful," Smith said.

The JV is based on Dunn being responsible for the southbound side and Wiregrass for the northbound side.

"The JV is being very responsive to problems as they arise," Smith said. "They have a plan to not only divide the work, but how to supplement one another if it becomes necessary."

Throughout the construction, the JV has had sufficient space to store materials and set up laydown yards and field offices. ALDOT ensured access for vehicles delivering construction materials and those removing the debris from excavation operations.

When work resumed in late April, speed limits in the construction zone were reduced and the police presence returned. Crews first constructed the lanes in the median before starting on the lanes along the outer edges. 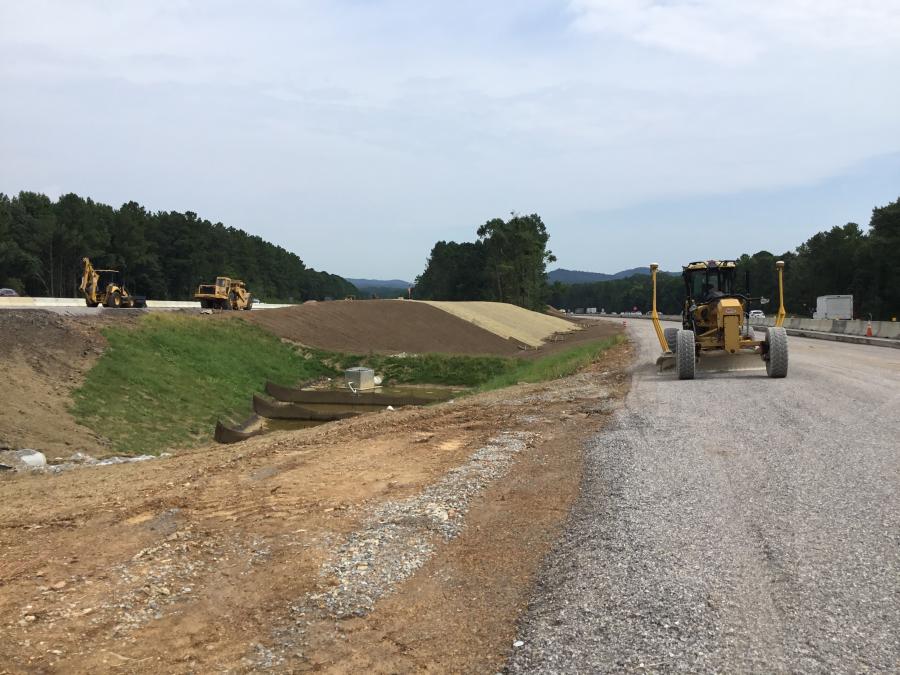 Lane widening is now complete. For the median lanes, workers built up the area to match the level of the existing lanes through the upper binder layers. This involved cutting the median and paved shoulder down to the subbase and building up with the required materials to the planned elevation. Construction of the new outside lanes followed the same procedure.

Maintaining traffic safely throughout the work zone throughout the multiple phases of construction was the greatest challenge, according to Smith. Construction vehicles, including material delivery trucks, were routinely entering and exiting the median adjacent to live traffic and did so in a safe and efficient manner.

The bridge work, also completed, dealt with two mainline interstate bridges and one bridge on US 31 over I-65. The mainline bridges, each 485 ft. long, were widened from two to four lanes in each direction and the US 31 bridge (448 ft. long) had one additional lane added.

"The mainline bridges were completed in multiple phases between March 2018 and August 2019, simultaneously with the mainline interstate work while the US 31 bridge was completed several weeks ago," Smith stated. "Interstate 65 bridges also spanned railway lines operated by CSX. It was a challenge to coordinate the work with the railroad."

For the mainline bridge widening, the lanes were widened on the left and rights sides of the existing bridges.

"They basically moved traffic over to the right side and gave everybody a reduced shoulder," Smith stated. "The construction crews worked behind a temporary concrete barrier wall."

Once the inner widening was finished, traffic was shifted so that widening could be completed on the outer side. Work today is now focusing on the overlaying of the old asphalt on the existing lanes and placing a wearing surface, followed by a graded surface. 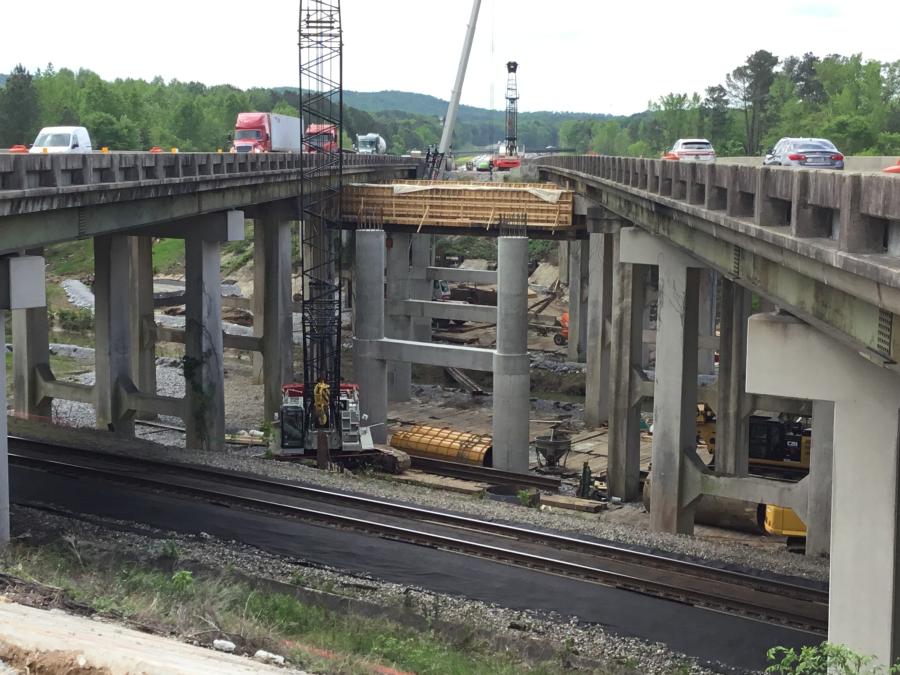 "The leveling helps with the cross-slope correction of the existing lanes," Smith explained. "The crews started from the north end for the grading and paving operations. They are paving and overlaying the excavation rapidly to minimize erosion and sediment losses."

This element has three main crews following each other — excavation, base and paving.

Peak days had 60-70 JV and subcontractor employees on-site, with the subcontractors including: Chilton Contractors Inc. for grading, crushed aggregate base and drainage; The Bridge Builders of Alabama for bridge substructure and superstructure widening; Championship Enterprises for erosion control and permanent vegetation establishment; Abramson for at-grade culvert widening, concrete median barrier, drainage and retaining walls; Stone & Sons Electrical Contractors for roadway lighting and signal installation; and Contact Network for ITS items.

"Bituminous materials were recycled at the asphalt plants and incorporated into the mixes delivered to the project," Smith said. "Recycling is an important part of ALDOT's mission to provide a safe, efficient, environmentally sound transportation system for all users." 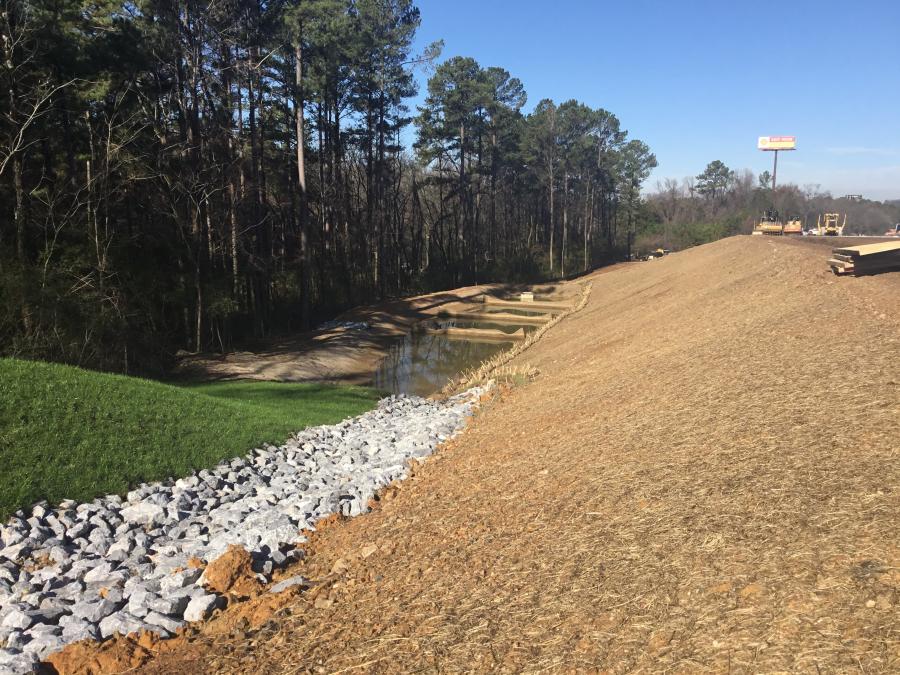 Many of the other subcontractors utilized excavators, cranes, drill rigs, skid-steer loaders, mini-excavators, ram-hoes and other miscellaneous equipment to complete their work. The equipment included Komatsu and Link-Belt models.

"What we learned from previous projects made this one go much smoother," Smith contended. "From an erosion control standpoint, we had a lot of methods that were proven on other interstates with grass medians. It worked well."

"That's why the JV was formed," Smith explained. "The lanes were opened in early November. Everything is on schedule and we plan for all eight lanes to be open by mid-July."

Tyler Murphree, ALDOT's Project Manager, has been on-site since day one.

"The contractor and subs have all worked very well together," Murphy said. "Communication and weekly on-site meetings with subcontractors have been key in completing this project before the incentive deadline and with minimal issues. Coordination between the contractors and the assembly line type of construction for the median widening showed how quick and efficient this type of work could be completed." CEG