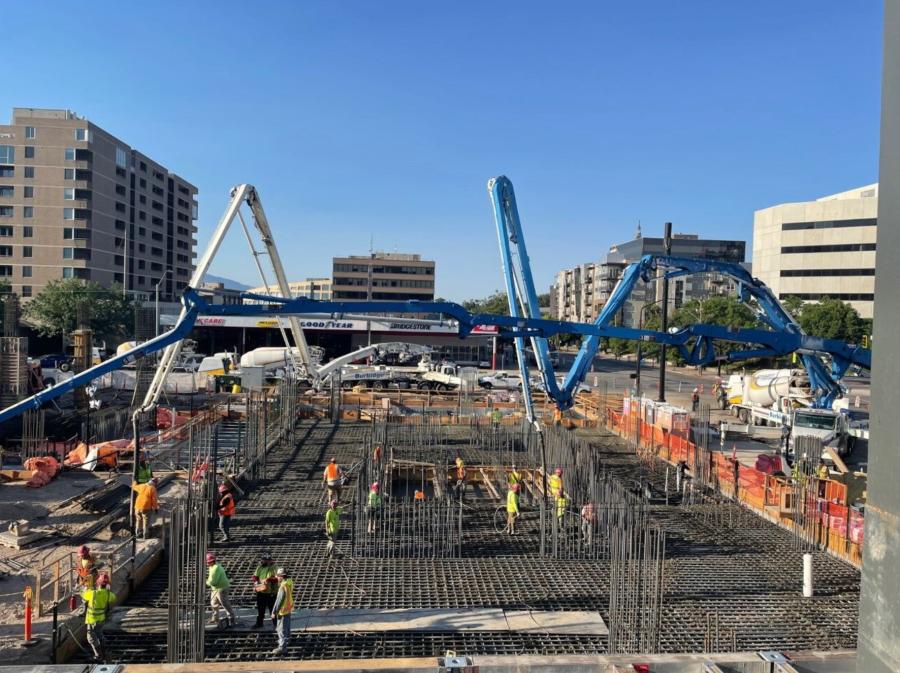 Crews from the Sandy-based contractor successfully placed 15.7 million lbs. of concrete in a 13-hour window for a 500,000-sq.-ft. residential high-rise that will feature 360 apartments, four levels of above-grade parking, retail and more.

The site of the project is located at 200 East and 300 South in Salt Lake City. Construction is expected to be complete in spring 2024.

"We hit a major milestone getting this massive pour done on time," Layton Superintendant Patrick Taylor said via Twitter. "I'm really proud of the team that worked tirelessly in the last three months to make it happen."

Approximately 4,000 cu. yds. were poured at the site of the joint-venture 31-story, high-end apartment tower in downtown Salt Lake City.