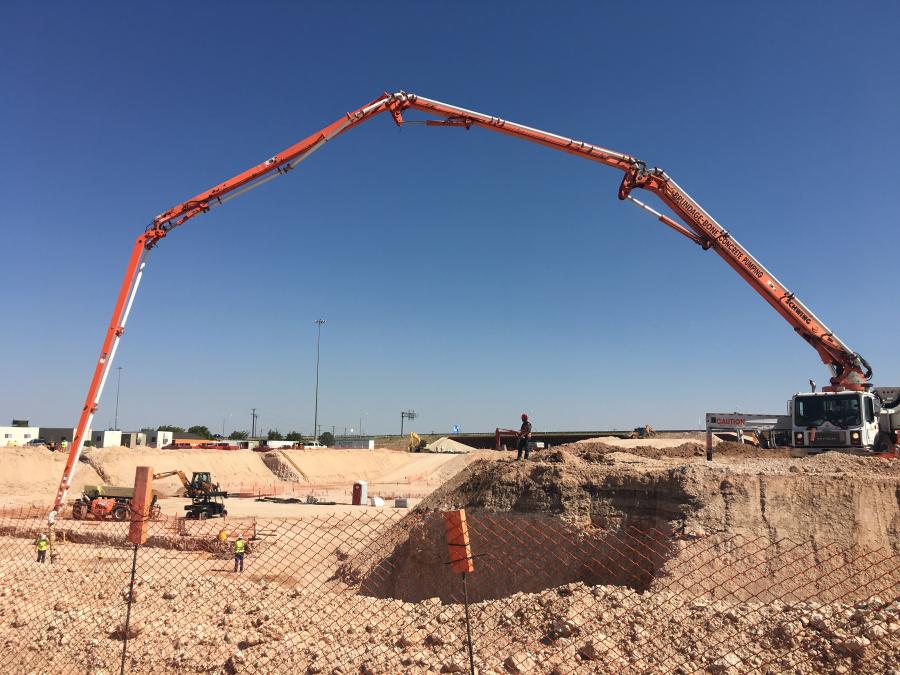 The $153 million project will create close to 1,200 jobs from construction efforts alone, and host an estimated 250,000 visitors annually. (LEPAA Photo)

Named for legendary singer-songwriter, the Buddy Holly Hall of Performing Arts and Sciences will serve as a catalytic project for downtown redevelopment when it opens in Lubbock, Texas, in 2020. The $153 million project will create close to 1,200 jobs from construction efforts alone, and host an estimated 250,000 visitors annually.

“The Lubbock community has dreamed of a performing arts center for more than 30 years,” said Michelle Stephens, marketing director, Lubbock Entertainment/Performing Arts Association (LEPPA). “It's absolutely thrilling for our community to see the construction efforts going on each day, as this dream becomes more and more realized.”

Buddy Holly Hall is located in the heart of downtown Lubbock, and is easily accessible from the Marsha Sharp Freeway and I-27. The more than 200,000 sq. ft., state-of-the-art facility is expected to have a dramatic impact on the entire area.

“It will change the face of entertainment and visual and performing arts education across the South Plains. Having a 2,200-seat, world-class theatre in Lubbock will allow Buddy Holly Hall to bring in top Broadway shows, entertainers and performers, comedians and musicians from all over the world.”

Buddy Holly Hall is designed to be a true performing arts campus, which will house a ballet school, a bistro and the Lubbock Independent School District's (LISD) fine arts programs, serving over 24,000 Lubbock students enrolled in fine arts classes. Sixty-one percent of the 29,000 total students enrolled are socio-economically disadvantaged.

Ballet Lubbock is another anchor tenant of Buddy Holly Hall, occupying a 22,000-sq. ft. dance facility inside the building. The dance center will contain the entire operation of Ballet Lubbock, including six studios, parent and community space, production areas and administrative offices. The new location will allow them more than double the space of the current location, and will be closer to the communities served in north and east Lubbock.

“The Lubbock community has been tremendously supportive of Buddy Holly Hall. Upon completion, Buddy Holly Hall will be the largest privately-funded effort across the South Plains,” said Stephens. “All funds for construction have been raised through the incredible generosity of Lubbock citizens, businesses and area foundations.”

“I hope each person who attends a performance or event at Buddy Holly Hall is overwhelmed with a sense of pride in the amazing, inspiring venue our community has built together.”

Holly's widow is equally excited about the ongoing construction efforts.

Lee Lewis Construction is serving as the general contractor. Project manager Sam Krier said the challenges are many.

“The acoustical aspects of the theater are tough. The acoustics require special sound walls, special entries into the theater and special requirements regarding the HVAC equipment and ductwork. Also, the feature stair in the lobby will prove difficult. It's on an ellipse with extravagant finishes.

“All of the theater audio-visual equipment will require a massive coordination effort with the end user and theater equipment subcontractors,” said Krier. “The orchestra pit lift is a moving part of the theater sitting on a massive hydraulic system that can raise to become part of the stage, lower to become an orchestra pit or move up and down to move seating wagons down into the basement.

Work began on the project in May 2017, and should be complete by February 2020. Weather is always a factor, with rain causing issues for crews completing the foundation. Steel erection is scheduled to begin this winter, with chilly temperatures an understandable concern.

Mass excavation and underground MEP has already been completed, along with half the concrete work for the basement. Dirt removal for this portion of the project totaled 40,000 cu. yds. Approximately 50,000 cu. yds. of dirt/material will be moved during construction.

Key tasks to be carried out include steel erection, building dry-in and interior finish out. The condition of the job site prior to construction was unremarkable.

“It was a DPS headquarters that was demolished by the owner, said Krier. “There were a couple of radio towers we took down. Other than that, it was a field.”

Heavy equipment required to carry out the work includes excavators, loaders, haulers, concrete pump trucks, boom lifts, crawling cranes, man hoist, scaffolding and swing stages. Some of the main materials being used during construction include steel and concrete frame, metal panel and masonry exterior, wood and plaster on the interior.

“The most time-consuming part of the work will be structure and interior finish out. Both are extravagant. The theater will require massive coordination efforts with the acoustics and theater equipment and related finishes.”

According to Matthew Lella, principal, Diamond Schmitt Architects, the overall vision for the performing arts project was to be an inclusive, inviting destination that supports a range of artistic and educational endeavors.

“This is made evident by the partners on the project that will call Buddy Holly Hall of Performing Arts & Sciences their home, including Ballet Lubbock, the Lubbock Symphony Orchestra and the local school, Lubbock ISD Visual and Performing Arts. The objective is to create a world-class facility to support the renewal of downtown Lubbock.”

Lella, who views challenges as creative opportunities, said the most exciting undertaking is bringing different groups together and conceiving a flexibility in the use of space for the intended purposes now, as well as for those not yet imagined.

“This center will be able to adapt as the nature and notion of performance changes along with technology to add, for example, virtual reality elements in staging. Of course, with any project, aspirations are often at odds with budget and creativity is applied here as well, and LEPAA is doing tremendous work to enthuse the community to support this transformative project.”

Being mindful of the environment also was important to the creative team.

“Sustainable design drives all of our company's work. This is shared by our partners on Buddy Holly Hall, including Parkhill, Smith & Cooper Inc., MWM Architects, Crossey Engineering and Entuitive consulting engineers.

As for working on a project that will inspire so many for years to come, said Lella, “Diamond Schmitt Architects has 40 performing arts centers in its portfolio. We know the transformative nature a successful venue can have on its community. It's hugely gratifying to know the groundwork is laid to inspire both audiences and performers.”

Lella credits the client and the shared support of the community to realize the vision to enshrine the legacy of Lubbock's most famous son.

“They could have chosen to pursue a corporate identity for the facility. By selecting Buddy Holly, this facility not only allows his name to live on but also gives recognition to the rich homegrown musical heritage of this part of Texas. It is very fitting for a venue that will place Lubbock on the map with world-class facilities able to host a full range of performance and inspire the next generation through education and entertainment.”

Said Stephens, “We look forward to the day when folks traveling down the interstate or freeway can have the view of this absolutely stunning facility as a part of the Lubbock landscape. I hope Buddy would be proud that his music legacy has touched so many people across the world, and that it will continue to inspire.”