Mack to Partner with Mack 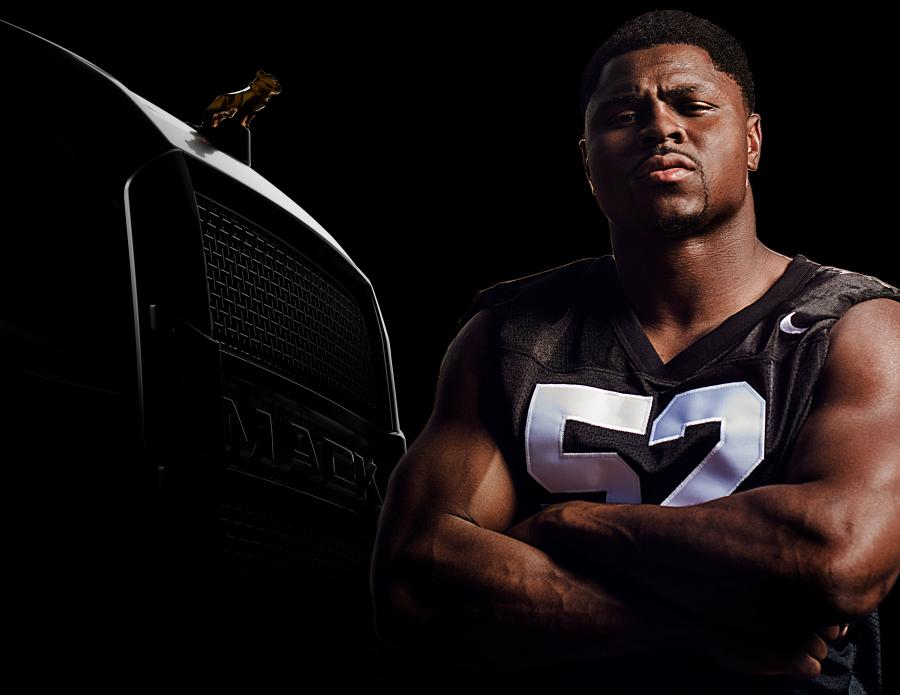 Mack Trucks and Oakland Raiders defensive end Khalil Mack have reached a sponsorship agreement, under which Mack will support the Brooklyn-born truck maker in promoting exciting news to be announced Sept. 13, 2017.

Mack Trucks and Oakland Raiders defensive end Khalil Mack have reached a sponsorship agreement, under which Mack, the 2016 NFL Defensive Player of the Year, will support the Brooklyn-born truck maker in promoting exciting news to be announced Sept. 13, 2017.

“This partnership makes sense on a number of levels,” said John Walsh, vice president of global marketing and brand management for Mack Trucks. “We obviously share the same name, but what really brought us together was shared values – the fundamentally American values of hard work, honesty and humility. In fact, he reached out to us at the same time that we were talking about reaching out to him.”

Mack, originally from Fort Pierce, Florida, attended the University at Buffalo. The fact that he was lightly recruited out of high school, and a low ranking by a well-known video game maker going into his sophomore year of college, served as motivators for him to work even harder.

The results speak for themselves.

In 2013, Mack was named the Mid-American Conference Defensive Player of the Year, becoming the first Buffalo football player to win the award in the school's history He also set a number of school and NCAA records, including being tied for first in tackles for a loss and most forced fumbles.

He was selected by the Oakland Raiders with the fifth overall pick in the NFL draft in 2014, and in just his third year, was named NFL Defensive Player of the Year.

“What Mack Trucks stands for – never backing down from a challenge, stopping only when the job is done – has always driven me,” Mack said. “I'm looking forward to working hard together, Mack and Mack, to get the job done.”