The crash happened during a maintenance run around 1 a.m. 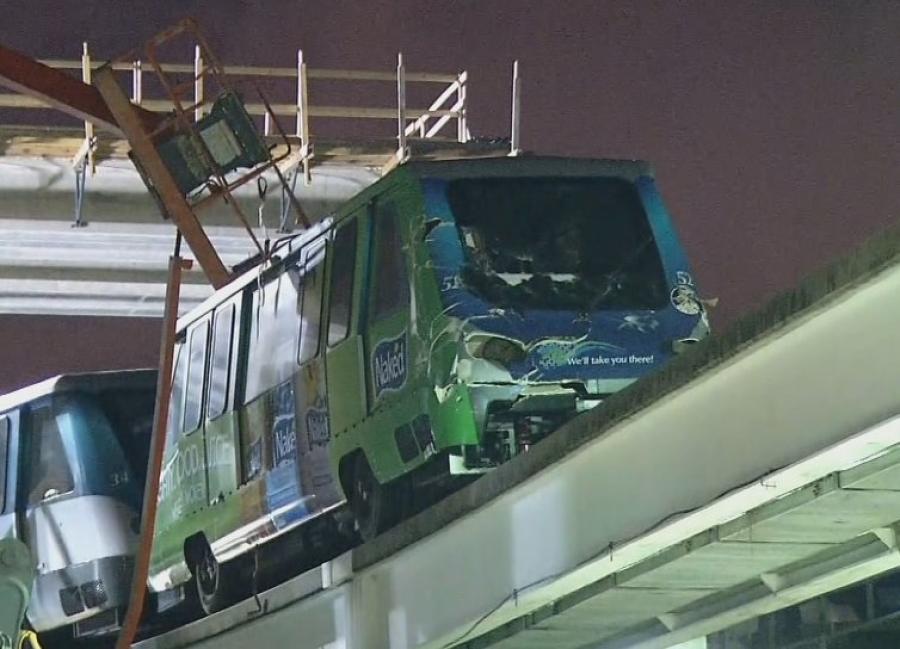 One construction worker was killed and another seriously injured in a collision between their boom lift and a Metromover car early February 7th, according to Miami-Dade police.

Metromover's inner loop remained closed Wednesday morning, with buses running between Government Center and Miami Avenue to handle the normal passenger load. After a 10 a.m. inspection, the county hopes to have the inner loop back open in the afternoon.

The Omni and Brickell loops of Metromover, the driverless light rail system, are not affected and running as usual.

No passengers were on board the train, which closes to the public at midnight. The crash happened during a maintenance run around 1 a.m.

In the last 10 years, Suffolk Construction hasn't had any Occupational Safety and Health Administration violations in Florida.

One worker was dangling from the side of the boom and was helped to the ground by co-workers, according to rescuers.

“When we arrived, they were already on the ground,” Miami Fire Rescue spokesman Capt. Ignatius Carroll told reporters.