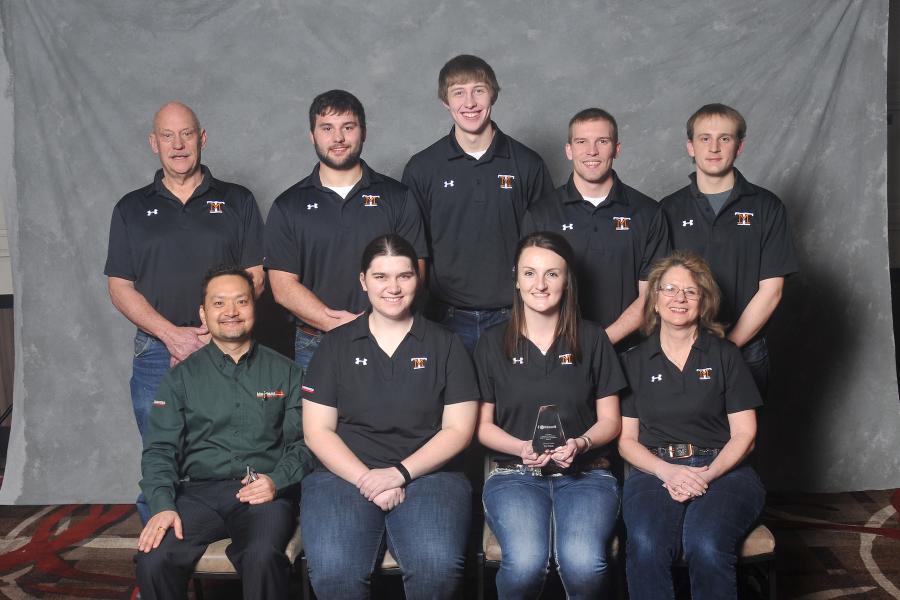 The three teams competed in design-build, concrete solutions and heavy civil while one member competed in an alternate competition. Highlands College also sent three students and one faculty member to attend the conference sessions and competition presentations while lending support to the North Campus teams.

The heavy civil team took home the third place trophy at the Kiewit sponsored event. The team consisting of six members — Kendra Jackson, Mike Williams, Nic Amestoy, Andy Anderson, Ashley Johnson and Jason Vesco — were challenged with a problem that included a bridge in Honolulu. For the competition, they completed an estimate for the project and developed innovative ideas to present to the project sponsor's judges.

Generally, the teams were given a project to develop a bid document over a 12-16-hour period. When the teams turned in the bid document and other deliverables needed, they could then start preparing a 20-minute presentation to present to a panel of judges the next day. Though the presentations are given to the project sponsor, there is an audience of students, faculty and recruiters.

The design-build and heavy civil teams are coached by faculty member Sonya Rosenthal.

The concrete team is coached by Larry Hunter, and the Highland College teams are coached by Bill Ryan and Paul Hart.

AGC Club is active in fundraising for the competition, campus activities and the community. Most of the fundraising is through corporate donations and activities at the Montana Contractor's Association (MCA) Convention, which include an auction and dessert dash.

The club participates in homecoming events and hosts a haunted house that is enjoyed by students and the community. These students also have impacted the community by volunteering at the Spirit of Columbia Gardens Carousel construction. Organizing all activities was possible through the hard work and dedication of student officers James Cutler, Josie Stinson and Tyler Stremcha.