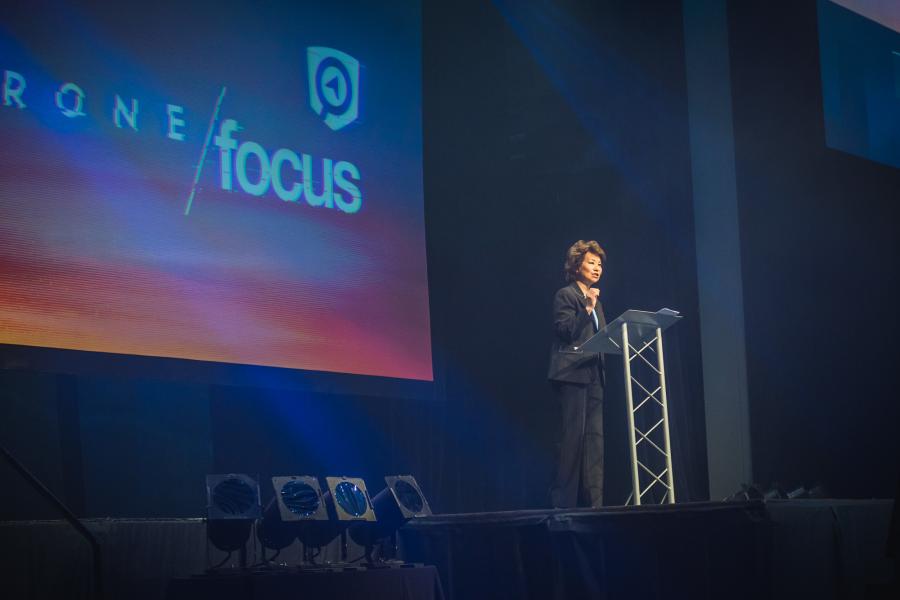 On May 31, drone users, UAS enthusiasts and those new to the industry gathered in Fargo, N.D., for the third-annual Drone Focus Conference. The two-day event brought together hobbyists and professionals to learn, share ideas and connect.

Nate Dorsey, agronomist, added insight to Barton's message, “We find, while most farmers know and use the basics, the majority aren't aware how capable their machines really are and how much functionality they have. We're trying to help our customers understand all the technology offered.”

In his presentation, Stein touched on the effects of UAS technology on agronomy, saying, “Agronomy and the way plants grow isn't going to change. But by fusing agronomy with the information we're gathering from drones, that's when good decisions can be made.”

Dorsey agreed, explaining the data is key in detecting problems early. “We provide customers, and the agronomists they work with, the data to help make decisions that can prevent problems and yield loss,” he said.

All three leaders had a similar message in the rapid evolution of technology and the industry, and that the future of autonomy is headed beyond drones.

“Autonomous vehicles are coming, faster than the general public understands,” Governor Burgum said. He continued, speaking at length to the power autonomous vehicles would have on the way we design cities and infrastructure, and eliminate one of our cities' biggest transportation-related headaches — parking.

Secretary Chao discussed the Trump administration's plans to increase airspace capacity, something that will be needed in the very near future.

“By 2020 the nation's airspace is estimated to handle 1 billion passengers every year,” she said.

The goal of the proposal is to handle this increased capacity, while ensuring safety and timeliness for all travelers.

She also recognized the growth in autonomous vehicles on both land and in the air, saying, “We need the smartest infrastructure possible for manned and unmanned vehicles to share air and road space.”

Sen. Hoeven continued to build on the message he delivered at last year's Drone Focus Conference: North Dakota, particularly Fargo, is a leader in this industry and must continue to be one. Citing all the “firsts” North Dakota has achieved in the industry, he encouraged Fargo to continue its leadership by saying, “Our next 'new first' — lets develop it here, right in the Red River Valley.”

Bill Edmonson, UAV product specialist in Billings, hosted a workshop that demonstrated opportunities with swarming — operating more than one drone simultaneously. This was important message for Drone Focus attendees, who, throughout the event, heard about several areas of opportunity for swarming in areas like agriculture, pipeline and search and rescue missions.

Swarming offers major advantages, with two, three, or even ten drones working together able to cover more area, and cover it faster, than one. Edmonson highlighted the RDO Equipment Co. team's experience in swarming from an event last October — a fully-coordinated, planned mission of ten senseFly eBee drones flying simultaneously.

The first Drone Focus Conference was all about possibilities, while last year presenters began sharing initial experiences. This year, the industry's maturity was even more evident, with several UAS-specific companies discussing services and expertise, as well as a greater number of seasoned experts sharing their knowledge.

Three of these experts, RDO Equipment Co. customers, participated in a panel discussion. Ryan Otis, Otis Farms and Ryan Rustan, Blattner Energy, are both professionals who have successfully implemented drones into their business, while Joey Schmit of Flight Pros is a provider of UAS technology services.

The panel cited data management as the biggest challenge in the industry. To help manage it and expectations, all agreed that it's important to first understand the goals of the data, then work back to base a plan on achieving them.

“The info shared by our customers provided great value to attendees,” Kelly Gress, vice president of the RDO Integrated Controls division, said. “Thank you to Joey, Ryan, and Ryan for taking the time to share their unique insights and experiences with drones in their businesses.”

A final message from the panel was one that came up in other presentations throughout the conference: Drones can't and won't ever fully replace traditional methods. They're a great tool to have in the toolbox but people are still needed to understand them, operate them and turn the data they produce into actions.

If this year's event proved one thing it's that autonomous technology isn't going away. Drone Focus Conference is already scheduled for 2018; the two-day event will take place May 30 and 31.