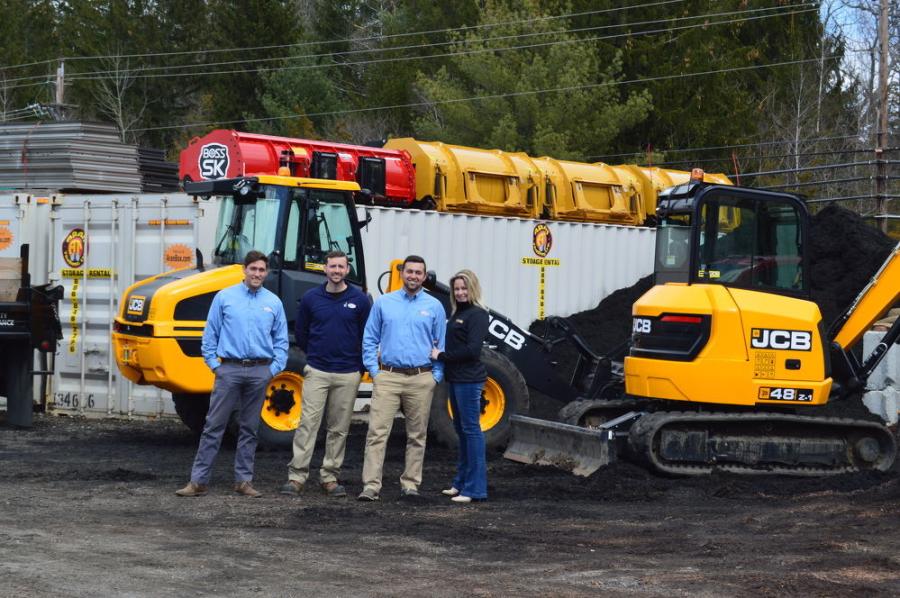 GCS Group Services Inc. in Newbury, Mass., focuses on high-quality services dealing with landscape, landscape design, construction and stone management for New England. The company has been in business for nine years.

Co-owner Fred Guimaraes describes himself as a “dreamy type of person.” When he came into the United States and started working at a Burger King, he didn't speak English, but started to learn when he met his wife. 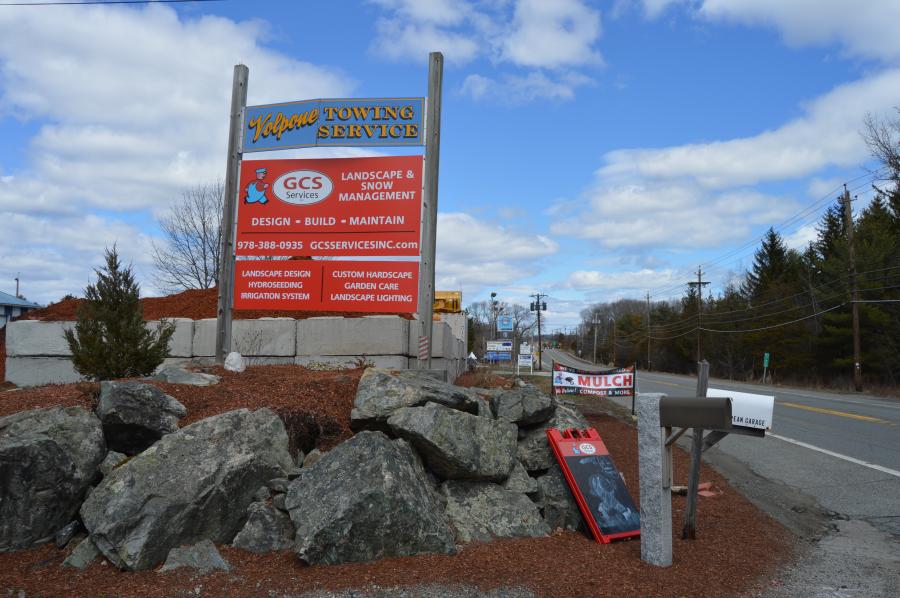 “I had this dream to work outside,” he said. “My mother helped me to buy a truck and I started that first year by myself. I did snow that first year, and then my second year I called my brother and said let's make this bigger; and we are here now, nine years later. It's like a roller coaster but we are surviving.”

Fred stated that as the company continues to grow, he is the person outside on the job site making sure their service is still the same as it was at the beginning, because he wants to make his customers happy.

He remembers his first encounter with a Northland JCB's sales representative.

“When Ryan Sears first came in here, it was to try to sell us JCB skid steers,” Fred said. “At that time, I wasn't buying JCB. But Ryan never gave up. He would still come in and visit us and we built a friendship. Then, one time, we needed an excavator for a job, so we called Ryan and he came in and explained everything about the 48Z mini-excavator. We purchased the 48Z and as we began to use it we found that it was easy to use and that it helped us a lot on the job site.”

Fred's brother Frank is co-owner of the company with him and operates the equipment.

“With landscape construction, our needs for equipment are very high, and as we were shopping around for a mini-excavator JCB came to us with a 48Z, which is an amazing machine,” he said. “I wouldn't go back. I think we made a great decision going for the 48Z, which is a smaller machine, but being a compact mini-excavator, it does the job more than any other machine that I've run. It gets into tight places; it's easy to operate. We've never had a problem with digging, removing stumps, doing drainage work, or excavating for patios, walkways, or driveways.”

Frank explained that he came across the 409 articulated compact wheel loader over the past winter. He was apprehensive because the company was facing a contract with Stop & Shop and needed a loader right away. When he called Sears, he asked him if he thought he would need something bigger.

“Instead of selling me something bigger, he suggested that I use the JCB 409 articulated compact wheel loader,” Frank said “The JCB 409 has delivered to every spec that he sold to me and was able to take on Stop & Shop and have never had a problem. When the snow was heavy, we were able to move all of the snow with a 10-foot pusher without any problems.”

Kristine Guimaraes works in the office at GCS Services, handling customer relations, invoices and everyday phone calls. She remembers Sears coming into the office numerous times prior to GCS buying any JCB equipment.

“He was very persistent on what he wanted us to buy,” she said. “He wanted us to get a good machine. Ryan is an overall good guy and I'm glad he never gave up. We've got some good machines and excellent service out of his persistence.”

Frank stated that JCB and Northland JCB have been great to work with.

“We first purchased the 409 back in December,” he said. “It was backordered, and a snowstorm came. Ryan Sears was a hero because he gave us the 407 right away. Within two days, the 407 was parked at our location and I was able to get the job done. He allowed me to keep the 407 to use until the 409 arrived, which was a huge help. I don't think anyone else in the industry would have done that for us. I have to say that the experience I have had with Northland JCB it is amazing.”

Joe Klufts has been with GCS Services for four years, and remembers that in the beginning, it was an all hands-on deck kind of company. He helped out in any way that he could. Now, he typically handles a lot of the client services.

“We service residential, commercial and condo, and I'm typically the point of contact for all our sales and project design/project management,” he said.

Over the past three years, the construction division has grown substantially, which resulted in the need for a JCB excavator.

“Our snow management division has also increased over the years, and with every year JCB has been extremely flexible with getting us the machines we need very fast, especially when contract turnaround is typically something that can happen overnight, and you need a new machine,” Klufts said. “The salesman at JCB has really helped us. Ryan has always been very supportive and quick to get us answers and turnaround. As a smaller company that's growing, it's helpful to have a company like JCB that can be flexible with us, but also grow with us. So, as we get bigger, JCB has the tools that can provide us with bigger, better machines.”

Klufts also noted that the level of service hasn't changed since they've worked with JCB.

“We are very happy with everything that's been happening and are looking forward to growing in the future,” he said. “Hopefully we can bring our snow management division up a couple of notches in the next couple of years, and with that I would imagine that we will need a few more machines as well.”

Klufts stated that from an account management standpoint, the JCB 409 articulated compact wheel loader has delivered on all fronts.

“We manage a few acres, and it has all the power we need, its small enough where it can get into the tight spaces, and it's a very powerful machine,” he said. “The visibility is great in the skid steers and the loaders. That's another plus side from a safety standpoint. We've never had any problems when it comes to power or even reliability. The machine itself is a reliable machine and when it comes to snow management that's what you need most.” 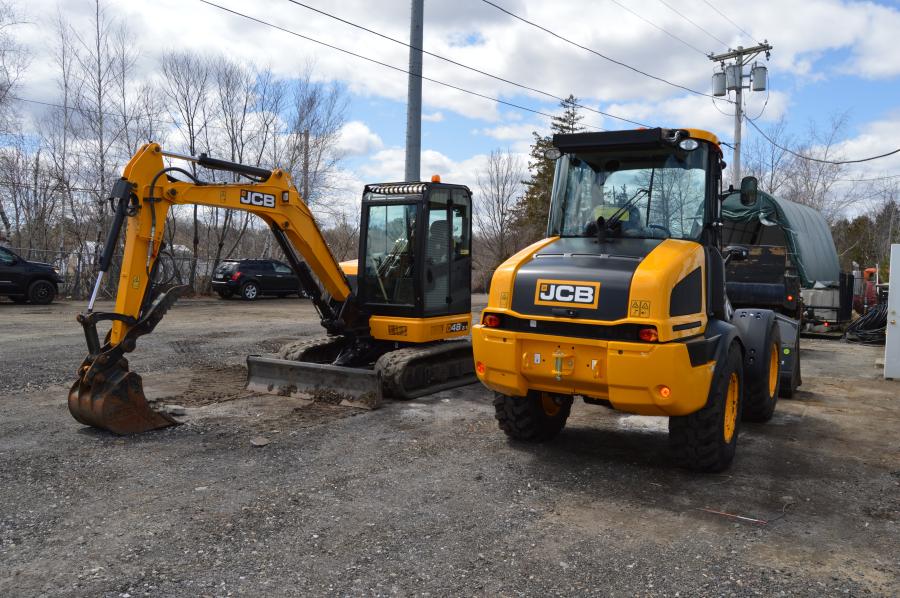 Klufts has been pleased that the 48Z mini-excavator has helped them to substantially cut down on the amount of time that his construction division spends on a job site.

“If you think about it from a small company standpoint, time is money,” he said. “This is a machine that is small enough to get into any backyard, but it has the strength to move just about anything we need to move. We've used it for pools, patios, walkways, tree stumps … this thing tears through everything. It continues to deliver and continues to make us money day in and day out. The machine easily paid for itself within the first year just from a labor standpoint alone. If the construction division continues to grow, we could easily be looking at picking up another couple of excavators in the years to come.”

Klufts stated that in the past four or five years, the company has been able to establish a good footprint in the snow management market along with landscape maintenance and their construction division.

“As we get bigger, there is really no end game to the size of the company,” he said.

For GCS, the main focus has always been quality.

“We don't ever want to become the company that just gets in and gets out,” Klufts said. “With one of the owners who handles our quality control, we consistently go above and beyond. Our client retention rate is well over 90 percent because at the end of the day, that's really what it all comes down to; it's all about our client focus.”

Klufts said that they have a good eye for design and are able to provide a landscape design that is customized to a property, both functional and making maintenance easier.

“I think because of that one-stop shopping, its non-stop growth,” he said. “We have a hard time fielding the amount of client call-ins that we receive, and the referrals just keep coming. So, it's a good problem to have, and I think in the near future, I can see us expanding down into Rhode Island and up in to New Hampshire, Vermont and Maine.”

Fred's passion shows when he talks about his business philosophy.

He noted that sometimes customers don't have loyalty because they are going with a company who will do a job for less money. They fail to see the hard work that is being done.