North to South - Crews Finish One Section of $900M Job, Move to the Next 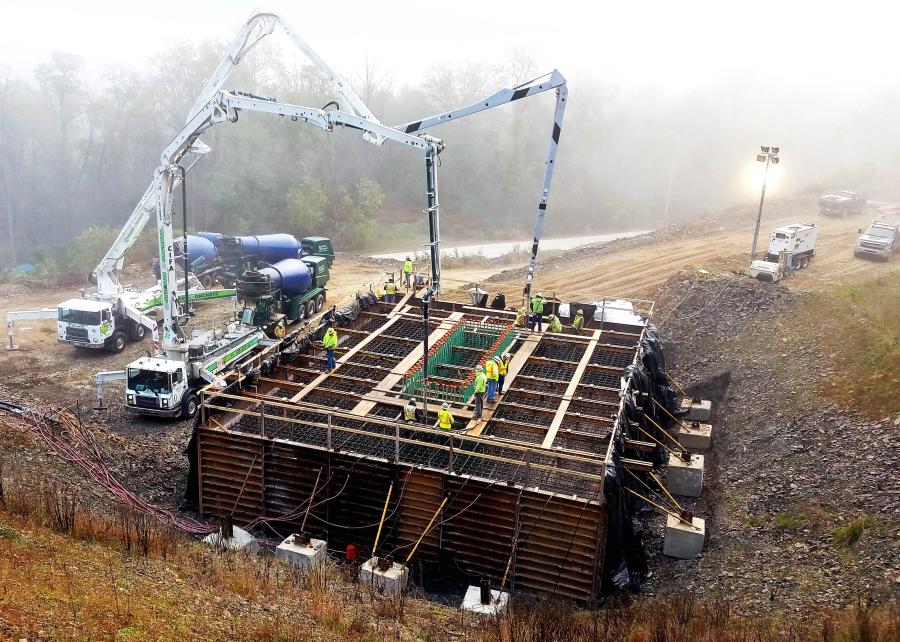 Residents of central Pennsylvania showed their enthusiasm for the Central Susquehanna Valley Transportation Project (CSVT) by showing up in June to celebrate the opening of the northern section of the project. More than 6,000 people came to the special one-time event. Some people drove over 50 miles for the occasion.

Many children and adults hopped on their bicycles or walked to try out the new pavement and river bridge.

This project has been in the making for decades and makes sense for long-haul travelers and for locals. For truckers and people traveling through the state, the project adds up to huge time savings and increased safety. For locals, the project will carry heavy-duty traffic onto the new highway, leaving the local roads freer for people to use for their daily lives —shopping, entertainment and school activities.

The Pennsylvania Department of Transportation (PennDOT) used input from community meetings to help craft plans for CSVT. The project will finish a missing link for the Route 15 corridor and connect travelers with a new four-lane limited access highway between the greater Baltimore area in the south, past Harrisburg (the state capital), through central Pennsylvania, to Rochester, N.Y., and beyond in the north. After being halted in 2008 due to underfunding, construction was finally made possible by Pennsylvania Act 89 of 2013. 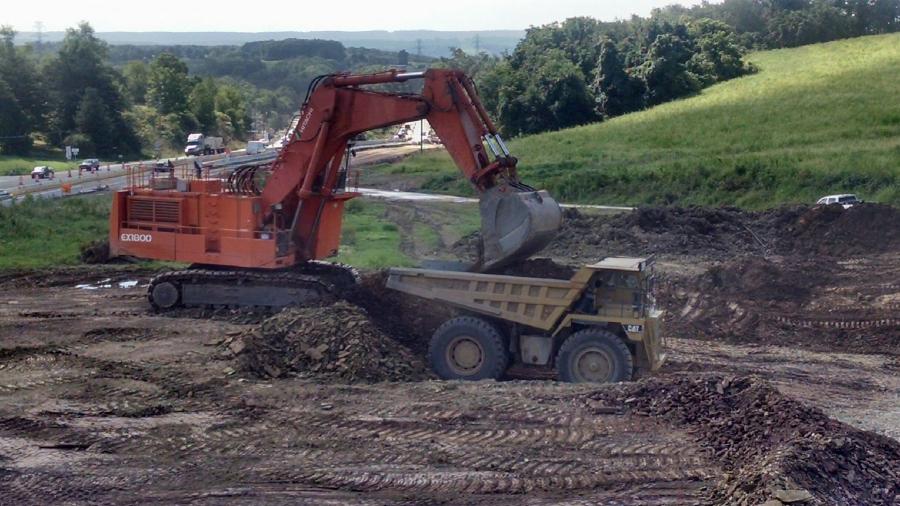 The entire undertaking will be 13 mi. long and will include work on four interchanges as well as construction of 21 bridges. The total package of work on both the northern and southern sections, including design, right-of-way acquisition, and other pre-construction activities, will cost approximately $900 million.

"This project has been planned for decades and is a significant accomplishment," said District Executive Eric High to the people celebrating the opening of the northern section of the project. "Although much work remains to be completed, these are significant milestones for this long-awaited project and major steps toward achieving its far-reaching benefits in north central Pennsylvania."

Earthwork has begun on the southern section, with the entire project slated to be opened to traffic in 2027.

The rolling hills of the central part of the state will require some 4.5 million cu. yds. of rock and dirt to be moved for the southern section of the work. A similar amount was moved on the northern part of the project.

"The dirt moved will be relocated to other parts of the project to ensure a good path for the four-lane highway," said Ted Deptula, PennDOT assistant construction engineer of the project. "This section will require installation of drainage facilities and various culverts. Although flooding is not a big concern in this area, we will be building numerous bridges over smaller streams and adjacent low-traffic-volume roads."

Project planners and workers have been careful to protect stream valleys in this verdant area.

"We are building culverts to carry waterways from one side of the highway to the other," said Deptula. "The project footprint has been minimized as much as possible, and to offset unavoidable impacts, we have created wetlands and improved streams elsewhere in the region."

Project planners and workers crafted some impressive bridges to carry the new highway in the northern part of the job. Workers built nine bridges with one nearly a mile long, spanning the west branch Susquehanna River. The river bridge required some impressive piers ranging from 60 ft. to 180 ft. tall.

The west branch Susquehanna River is heavily used by recreational boaters. To protect the boaters and for the health of this important body of water, workers built a causeway that enabled the construction team to work on half the bridge at a time. Almost all of the bridges on the project were new. 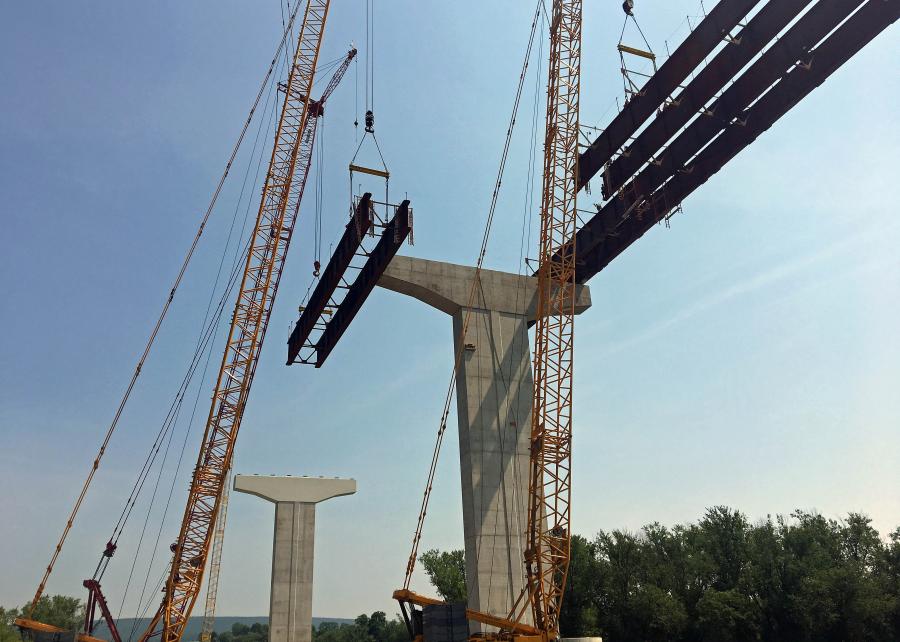 Contractors took other steps to preserve the environment as well as save time. These efforts included locating a concrete batch plant on site and trucks traveling just 10 mi. to get asphalt for the road building. This saved the workers time and required fewer trips to a source for concrete and asphalt.

"The northern section of the four-lane highway had some areas of poor subgrade that was improved with cement stabilization … 4 inches of subbase and 4 inches of cement treated permeable base were used throughout the project," said Deptula. "The teams then placed a 9-inch long-life concrete pavement. Our crews topped that with 3 inches of long-life asphalt binder and a 2-inch thick surface layer of stone-matrix asphalt."

Deptula believes this road building will provide motorists with a long-life pavement for years to come.

"This new road in both the northern and southern sections will provide faster, safer traffic. It will also benefit local traffic with fewer conflicts from the larger faster-moving through traffic."

Contractors Trumbull Corporation and New Enterprise Stone and Lime handled the majority of the excavation, bridge building and paving work for the northern section. They worked through the Pennsylvania winter on the excavation so the rest of the building could be done during the construction season.

"It was a bit of a thrill being a part of something so long in the making," said Jeff Kennedy of New Enterprise. "A lot of my workers were born and raised in the area. So, it was a dream come true for them to work on something that will make life better for people in this region." CEG