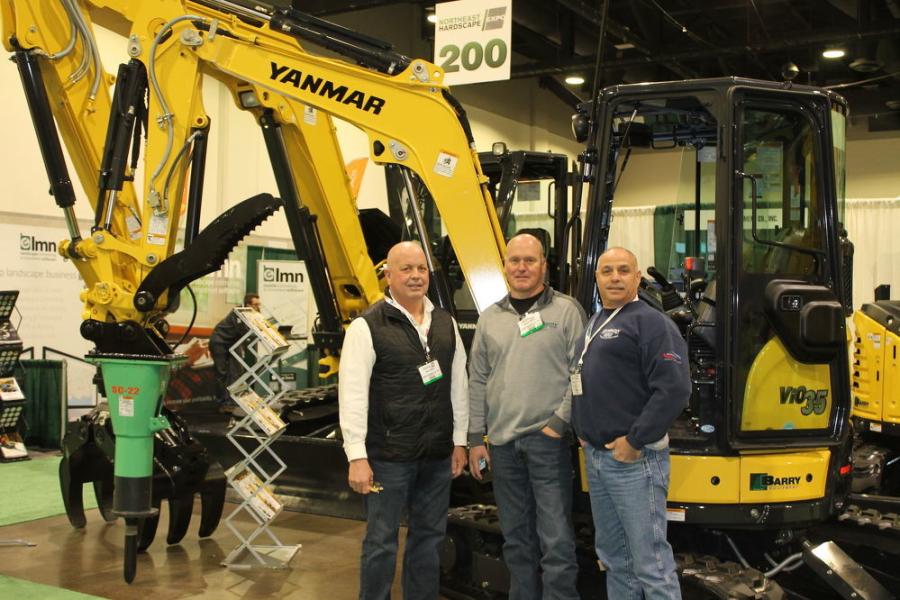 Barry Equipment, based in Massachusetts, was at the show featuring its Yanmar mini-excavators. (L-R) are Mike Conway and Bryan Morris, both Barry Equipment sales representatives, and customer John Mattera Jr., owner of Mattera Construction, located in Coventry, R.I.

The Northeast Hardscape Expo hosted its second annual show on March 14 and 15 at the Rhode Island Convention Center in Providence, R.I. With a 50 percent growth from 2016, this show has proven to be a great hit for New England's Hardscape contractors, dealers and manufacturers.

The Northeast Hardscape Expo is a two-day trade show and educational forum that is designed specifically for hardscape professionals. Attendees had the opportunity to interact with other industry professionals, as well as, manufacturers, dealers, equipment suppliers, stone suppliers, mulch suppliers and other hardscape/landscape related companies and suppliers.

Certification classes were offered for all levels and professional development seminars featured current trends, best practices and assorted business-building and profitability ideas. There also were demonstrations provided by many local suppliers, allowing attendees and hands-on experience with their tools and products. 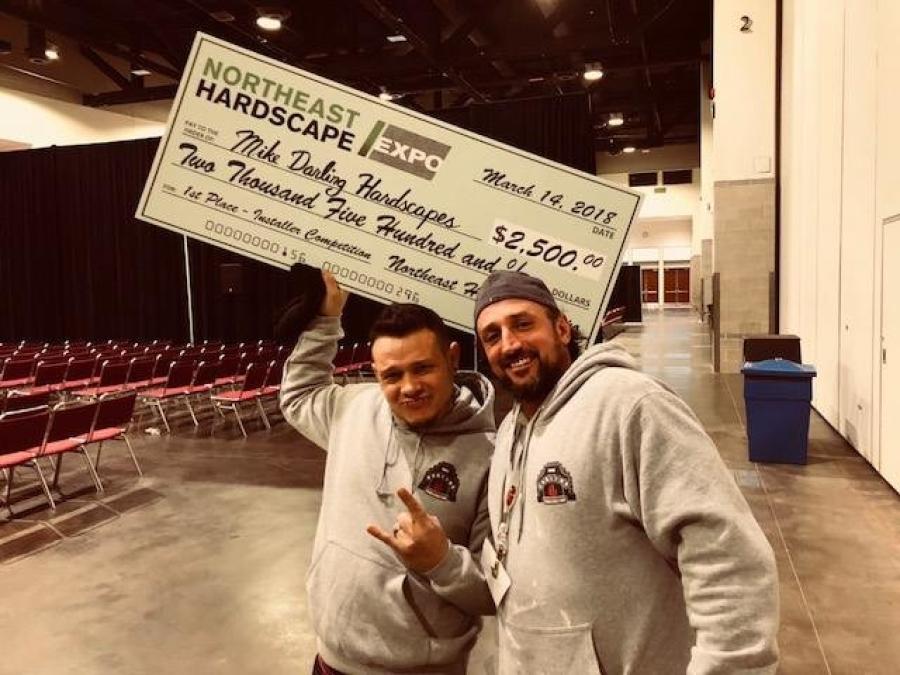 The highlight of the show was the Northeast Installer competition. Mike Darling Hardscape, based out of Troy, N.Y., took home the first-place prize of $2,500 and an invitation to represent the region in the 2018 Hardscape North America National Championship, which will be held in Louisville, Ky.