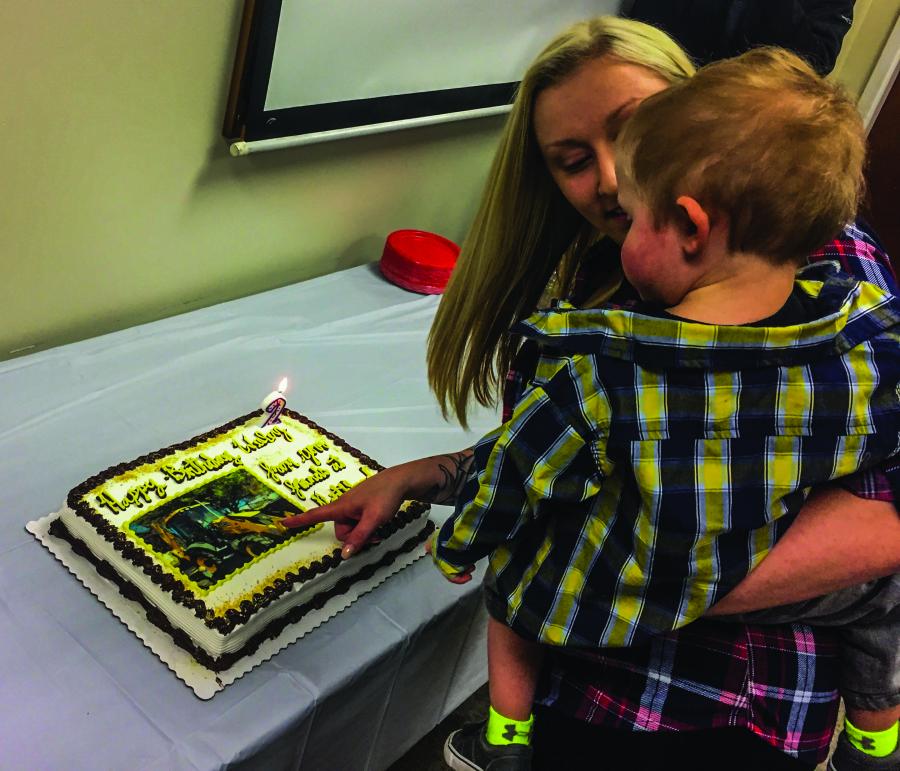 Wesley's mother Victoria Mikulski explained, “Wesley's fascination with construction equipment began at a campground when we happened upon a construction site.” Wesley and his mother sat watching the diggers move earth for about two hours, but when it was time to go, “Wesley had a bit of a meltdown because he could not stop watching.”

Since then, Wesley has always been on the lookout for construction sites and equipment. His mother describes him as an “extra special boy with a super special love for machines.”

Wesley and his mom have been stopping by Northland JCB two or three times a week to see and touch equipment since he was about a year old.

“I work as a hairdresser in Wallingford. When I schedule my activities for the day, I make sure there's time to swing by Northland JCB because it's his happy place,” Victoria said.

In November of 2016, Victoria posted a picture of Wesley posed in front of a JCB 3CX backhoe in the front parking lot of Northland JCB.

This was Victoria's way of saying “thank you” for the rotating lineup of heavy equipment in front of the building and always allowing them to look, touch and take all the pictures they want. JCB responded with a letter and an assortment of JCB Christmas presents for Wesley. According to Victoria, it was the “best Christmas ever.”

At the birthday party, Wesley and his family were treated to pizza, cake and more JCB gifts, including JCB overalls and a JCB excavator ride-on toy. As fun as that was, Wesley got the experience of his young life: a ride-along with Marshall Benware, Northland JCB territory manager in a 4CX Eco backhoe.

“We were determined to make this the best birthday possible for Wesley,” said Benware. “I hope he remembers this. I know we will.”

After some more photo ops, Victoria left saying, “I just want to say how grateful I am that there's actually a company out here that care about more than just their dollar. They actually stopped their day and took their time out to make just one little two-year-old the happiest boy in the world.”