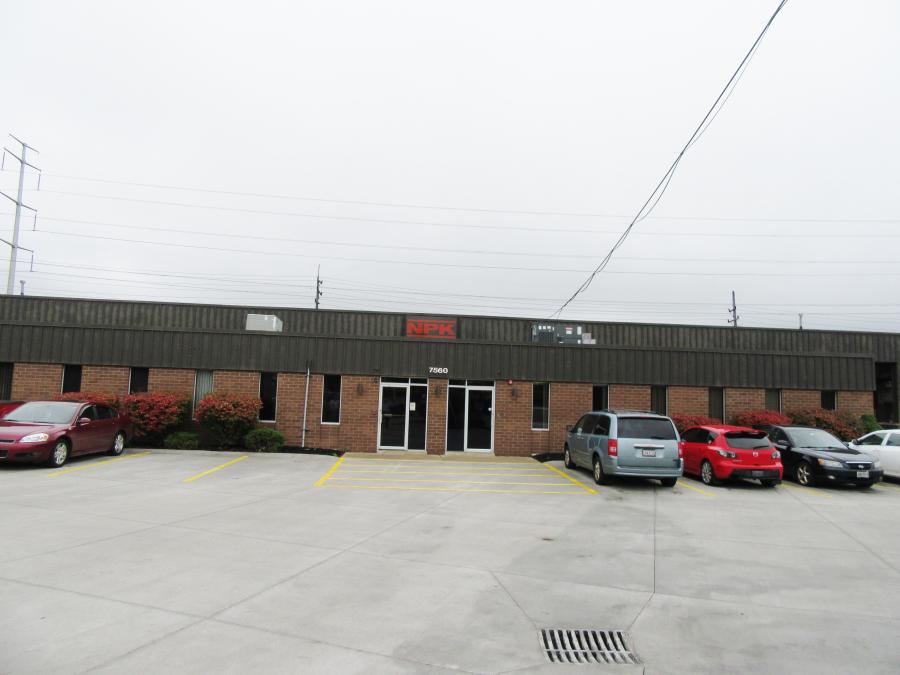 The building, which at one time served as the primary assembly plant, is now used as a remanufacturing center, large fabrication and as a service training center for technicians from the company’s dealer network.

NPK Construction Equipment recently announced the purchase of an additional property and building adjacent to its current facility in Walton Hills, Ohio.

The announcement comes on the heels of a major plant expansion in 2016 that added 30,000 sq. ft. to its manufacturing facility. The 2016 building addition brought all manufacturing and assembly under one roof and added the capability for the company to manufacture large pedestal booms. Manufacturing processes were enhanced by the addition of equipment such as a new five-axis CNC machine center and a 10-ton crane.

The new addition also features an elevated roof to accommodate boom assembly and testing. The addition and remodeling of the building allows for lean manufacturing practices in which raw materials are brought in at one end of the plant and finished products are shipped out at the other end.

According to Dan Tyrrell, NPK Construction Equipment president, many of the company's plant employees provided input into the design and construction of the new facility. In all, the recent purchase brings the total capacity of the factory, warehouse and office space to nearly 200,000 sq. ft.

In regards to the company's latest acquisition, Tyrrell said that the company is currently conducting renovations on the recently purchased building, where it plans to move its mining division by the end of the year.

The Mining Division is a fairly recent venture for NPK Construction Equipment Inc., which began in late 2013 when the company entered into a partnership agreement with Hermann Paus Maschinenfabrik GmbH to market the mining equipment in the United States and Canada. NPK Construction Equipment had developed a relationship with the Paus Company prior to the partnership arrangement as a supplier of tunnel hammers for Paus Mining Scalers.

As Tyrrell explained it, the company's new mining division building will be put to good use as the Paus machines are highly customizable and, with machines brought in from Europe, modifications are often required to meet U.S. and Canadian safety standards.

NPK Construction Equipment Inc. has come a long way since its founding in 1985 when it began with six employees to serve as Japan based Nippon Pneumatic Manufacturing's (NPK Japan) marketing arm in the United States. Established early in the 20th century, NPK Japan designs and manufactures hydraulic hammers, crushers, shears and pile drivers.

By 1992, the company had grown to 80 employees and was leasing half of an assembly building at its current location, which it ultimately purchased in 1996. Within five years, steadily increasing demand required the company to build an addition to the structure.

Since that time, the company has continued to grow, including the purchase of its long time machining partner to form the NPK Machining division, which was subsequently relocated to NPK's Walton Hills facility.

With much of the company's growth resulting from its role as a major manufacturing center for NPK worldwide, NPK Construction Equipment currently has 109 employees.