Tokyo technology conglomerate had high hopes for rolling out a new generation of safer, smaller, cheaper power plants, as well as a series of streamlined full-scale reactors. 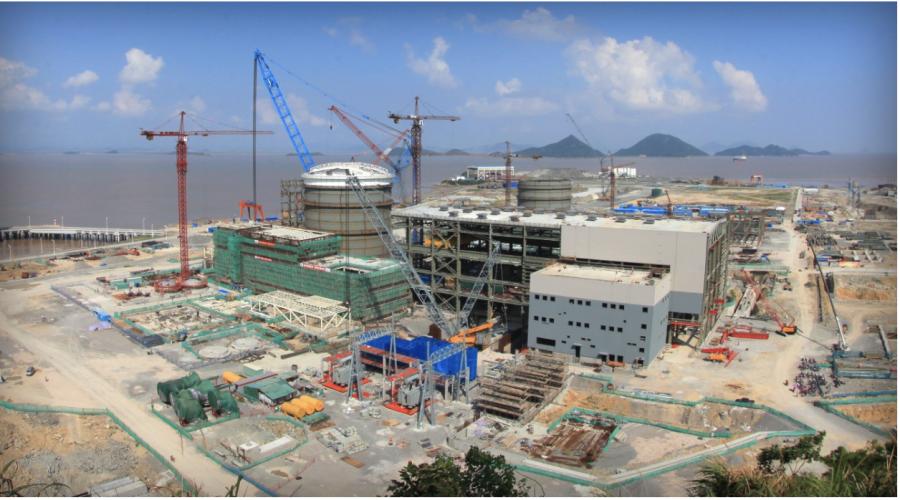 After acquiring a majority stake in Pittsburgh-based Westinghouse Electric in 2006 for $5.4 billion, the Tokyo technology conglomerate had high hopes for rolling out a new generation of safer, smaller, cheaper power plants, as well as a series of streamlined full-scale reactors. Four of the latter are under construction in the United States, representing the only new reactors currently being built in the country. But the company was bedeviled by cost overruns, technical problems, conflicts with contractors, and regulatory challenges that set those projects back by years.

On Feb. 14, Toshiba projected a $6.3 billion write-down for its nuclear unit and said it was looking to unload its stake. “It looked like a big deal at the time, but it's turned into a mess,” says Michael Golay, a professor of nuclear science and engineering at MIT. “And it's likely to have a very chilling effect.”

Toshiba's four massive nuclear plants now under construction in the southern United States are AP1000 pressurized-water reactors, which use a simplified design that was supposed to accelerate construction. But the Vogtle project in Georgia and the V.C. Summer project in South Carolina are both around three years behind schedule and, together, billions of dollars over budget.

The company said those projects will continue, but many energy experts believe Toshiba's decision to cease building new reactors spells the end of any nuclear construction in the United States for the foreseeable future. Analysts doubt Toshiba will find a buyer for its Westinghouse stake, or any willing construction partners to move ahead with dozens of additional plants it had once planned.

For the full story, visit Technology Review at http://url.ie/11ota.