The 14,000 sq. ft. facility is designed to expand the company’s ability to better serve the northwest part of the greater Chicago area. 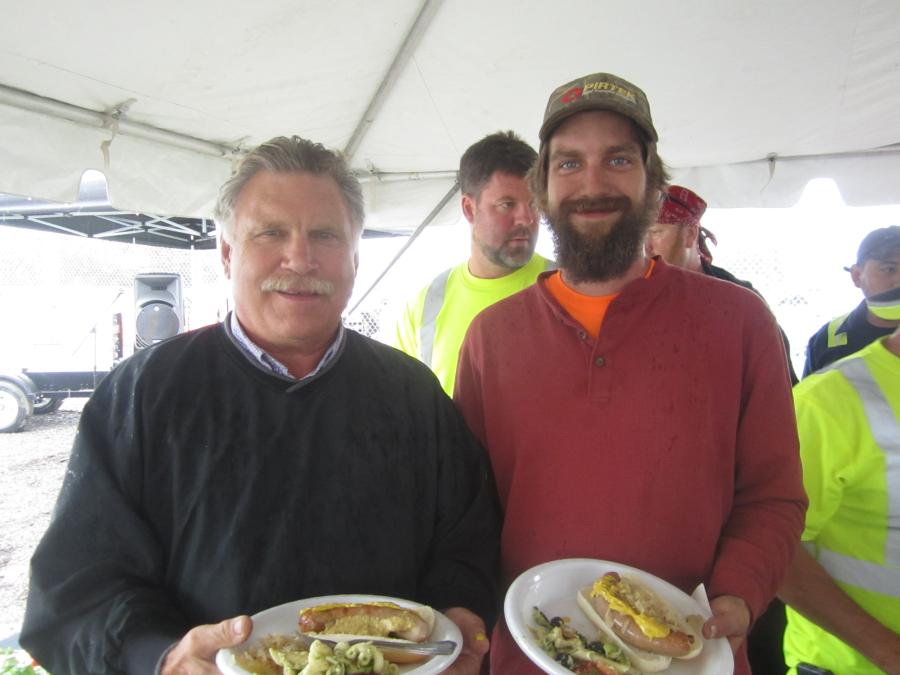 Patten CAT, Caterpillar's authorized dealer in northern Illinois and northwest Indiana, held a grand opening featuring a ribbon cutting and open house of a new facility in Wauconda, Ill. The facility, located at 700 Patten Drive in Wauconda is situated on just under 11 acres. The 14,000 sq. ft. facility is designed to expand the company's ability to better serve the northwest part of the greater Chicago area, including Northern Cook, Lake and McHenry counties.

Michael Wetter, a 12-year veteran of the rental industry who has been with Patten CAT for two years, previously in the Joliet, Ill., location, will run the new branch. In addition, Dan Rowe will serve as the parts counter representative, and the location will employ five other full-time staff members.

Among the dignitaries and Patten CAT executives who attended the event to commemorate the opening were Garrett Patten, president of Patten CAT Industries, Mayor Frank A. Bart of Wauconda and John Hofmeyer, manager of Patten CAT Rental Store.

“I am very happy to be cutting the ribbon on this new facility as it represents a lot of hard work that started with the great support that the city of Wauconda has shown during this effort,” Patten said. We feel our commitment is good for the community and economic vitality of the area and we will work hard to show that commitment day-in and day-out. This facility will also, most importantly, allow us to better serve our customer for years to come.”

When Patten CAT first broke ground in 2015, the goal was to make the location a one-stop shop for contractors and industrial accounts with a mix of sales, rental and parts opportunity. Available at the new location will be tractors, aerial lifts, power equipment and a fully stocked genuine Caterpillar parts counter. Products that are featured at the location include new Cat earthmoving and excavation equipment in addition to general construction equipment including boom and scissor lifts, generators, welders, compressors plus much more.

“We have a vibrant customer base in the greater Northwest area of Chicago that will be served by our Wauconda facility,” said Hofmeyer. “We are introducing some new service offerings and working hard to be as operationally efficient as possible to better serve our customers at the facility.”

Patten said, “We decided to open our new facility in Wauconda to expand our company's footprint in the northwest and better serve our customers, specifically in North Cook, Lake and McHenry Counties.”

With opening of the facility, Patten CAT will have six locations covering northwest Indiana and northern Illinois.

The new facility will serve a number of industries, specifically heavy construction, commercial construction, industrial and landscaping. In addition to delivering customer service for equipment sales and rental, the facility also will offer a new concept — a drive through parts pick-up window. This concept is a first for any Caterpillar dealership in North America, and Patten CAT is looking forward to seeing how customers adapt to this new concept.

The facility also features six service bays, a modern showroom with rental and parts counters and a state of the art wash bay. During the construction of the facility, Hofmeyer said the company made the decision to “go green” by choosing energy efficient lighting, heating/AC systems.

“Our wash bay has the ability to recycle roughly 2,000 gallons water on an ongoing basis. All lights and thermostats are on timers/motion sensors to get turned down or off when either not in use or during non-peak periods such as nights and weekends. Over three acres of our existing property is unimproved wetlands that remained [and will remain] in its natural state since the project began. We are featuring a first-ever state of the art parts pickup window that customers can use when they need small or fast moving parts.

“We are excited to be in Wauconda and look forward to enhancing relationships with our customers in Lake, McHenry and northern Cook counties.”