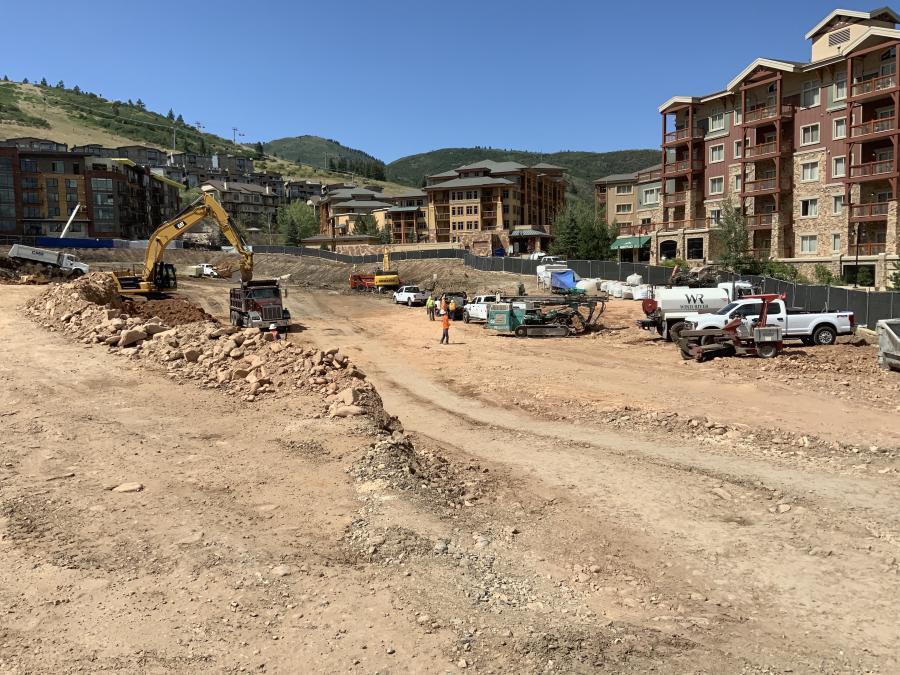 A half-hour from Salt Lake City, excavation efforts continue on a luxury resort inspired by both the landscape and local mining history. The mountain town of Park City, Utah, is home to the largest ski area in the nation, and is considered an ideal setting for the new development.

"Pendry Residences Park City will transform the traditional alpine lodge into a modern, life-enriching base to call home, said Keith Houchin, senior associate, SB Architects. "Pendry Park City will reside within thousands of acres of exceptional terrain, coupled with the services and amenities of a luxury resort, featuring a ski valet, Spa Pendry, a variety of restaurant and bar options and the only rooftop bar and pool in the area."

Initial construction on the project began in August 2019. According to Houchin, the desired area program and unit mix was challenging for the architects, given the site constraints. 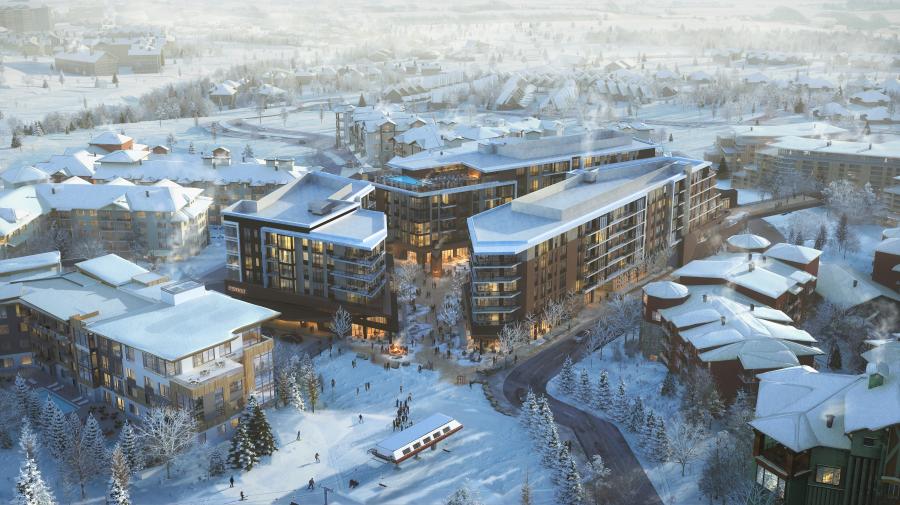 "To achieve the best offering for the market, there was a complex set of unit mix criteria that allowed for specific unit price targets. Combining that with the operation requirements to adequately service the three towers, restaurants, events and parking requirements lead to an intricate puzzle of stacked programs and servicing strategies."

In addition to a state-of-the-art fitness center and arcade games in the recreation facility, guests and residents will have access to Spa Pendry's eight treatment rooms. There also will be more than 7,000 sq. ft. of indoor meeting space, including a 4,000-sq.-ft. ballroom.

SB Architects lead the design from the initial ideation and master planning through the development of the design. Departing from the more traditional mountain lodge aesthetic, the creative team set out to design a space that would create an engaging guest experience.

"Pendry Park City is a branded destination that offers the services of a hotel to the owners of the residences, while also providing the owners an opportunity to add their units into a rental pool to be operated as a resort guest room," said Houchin.

SB Architects worked closely with IBI Group, the architects and landscape architects of record, following the completion of the design-focused phases, to ensure the vision stayed intact into the start of construction.

"When deliberating over the design opportunities for this project, SB Architects took a step back to study the local terrain, culture and environment of Park City, to instill an artistic lure in a place that has historically been known as a mining outpost, and now as a ski destination," said Houchin.

"The plaza and podium take on angular forms that reference back to the mountain ridges, while a patinaed metal recalls Park City's mining history. With darker patinaed tones and stone juxtaposed with lighter wood and metal accents, the contemporary design highlights the project's majestic natural surroundings. Units undulate to create protected balconies and floor to ceiling windows that maximize views from the living spaces toward the mountains and activities as they unfold across the plaza." 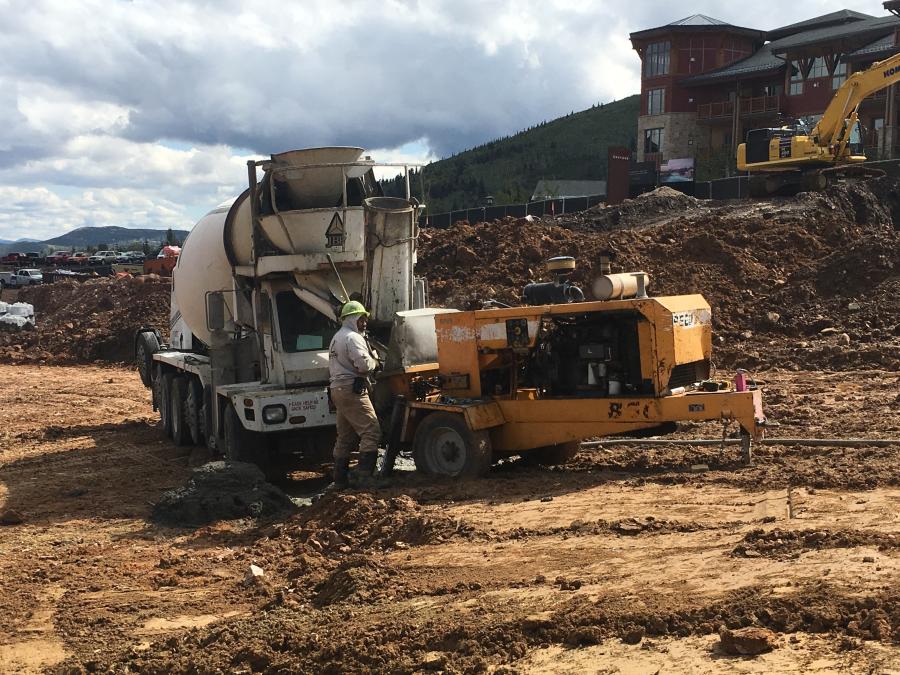 Houchin noted that it's rare to have project opportunities that are seeking to reestablish a new baseline for the resorts.

"In this case, Pendry Park City aims to not only establish a new standard within the Canyons Village, but the larger U.S. ski resort market. This project was designed to be the catalyst for the remaining development in the Canyons Village, and to set the tone for future developments to come. The combination of amenities, unit offerings, location and regional activities is unparalleled."

SMC Construction serves as the general contractor on the project, which is still in the early stages. According to project manager Gary Sikora of Columbus Pacific Development, the biggest obstacle at the moment is finding qualified manpower.

"The northern part of Utah is very busy, in general, for construction, so getting people out of the valley up to Park City is a challenge. It's a 30 to 40 minute commute.

The elements also will be a challenge, with work taking place at the base of the ski mountain, approximately 6,900 ft. in elevation.

"Depending on how early the winter begins and ends, weather could affect the project until we are topped out with concrete, and building skin is mostly completed prior to next winter. Removing snow is part of construction in this part of the country. We average 300 to 400 inches of snow annually."

"Working around the ski season and existing lodging for most of the year presents its own challenges with logistics. It's a very busy location."

Currently, crews are continuing excavation of the site.

"We have to remove approximately 97,000 cu. yds of dirt. We also are installing a soil nail wall to retain the dirt at 30 ft. in the deepest area. Foundations will begin in the next four weeks or so.

"We are surrounded by existing lodging structures, so logistics for the site is challenging. Once ski season starts, the volume of traffic multiplies expenditionally."

"We had concerns with hitting bedrock and having to blast for the two levels underground, but we were able to use the ripper on an excavator to get through it," said Sikora. "The soil nail wall was required in order to hold up the surrounding dirt as we go down into the ground. 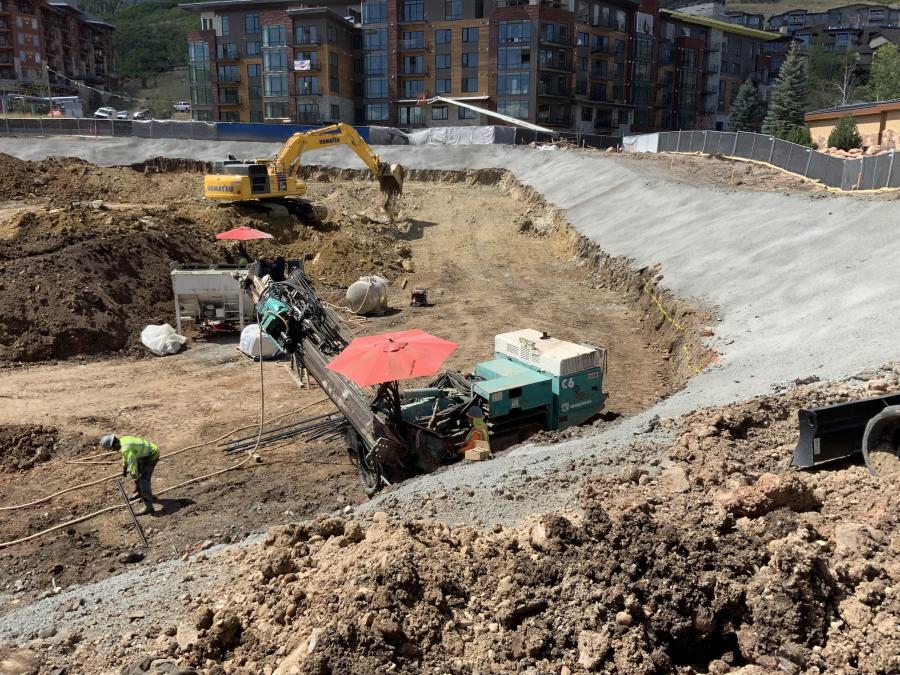 "We are using high density foam to minimize the lateral pressures of the dirt against the structure. The pool will be fully built and welded and craned into place to then be covered in concrete."

The property was a parking lot used for skiers, bikers and others wanting to access the Canyons Park City plaza. There were no existing structures to demolish. Construction milestones will include topping out concrete, as well as completing the exterior envelope to protect crews from the weather.

"The interior finishes will be time-consuming," said Sikora, "because of the attention to detail needed to hit the quality of finish for Pendry."

While much work remains, the team is hopeful the project will unfold as scheduled. Construction is expected to be completed in early 2022. CEG