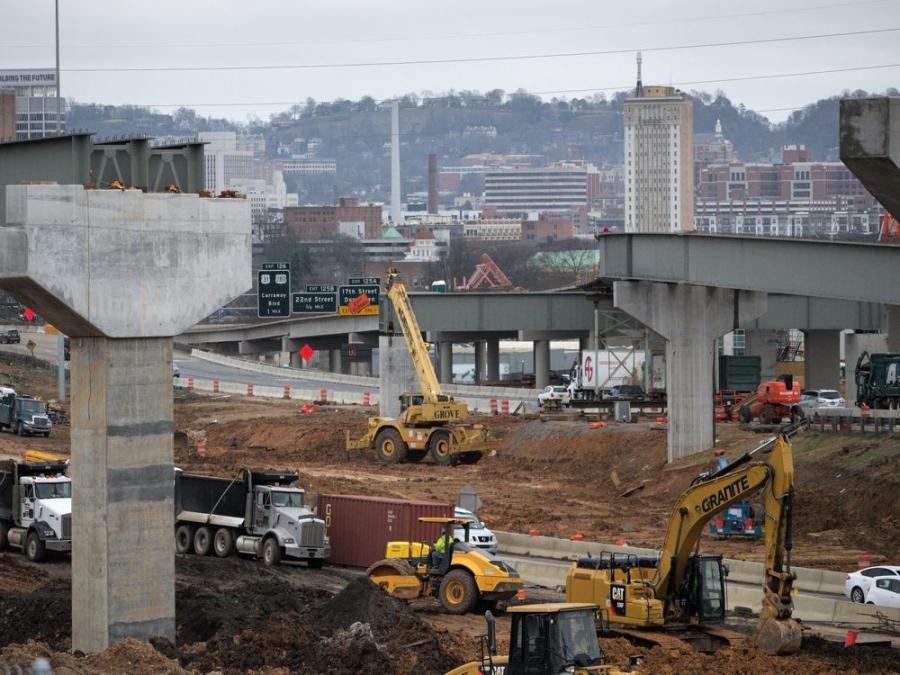 The massive undertaking is necessary to accommodate the highest rate of traffic flow in Alabama.

Phase two of the $700 million project to clean up traffic problems in downtown Birmingham is nearing completion as work on phase three continues to progress.

The project, known as the 59/20 Bridges, includes widening roads, elevating bridges, constructing new interchange ramps and replacing bridges over portions of I-59/20 and I-65. Work on phase one was completed in the fall of 2016, with work on phase two set to be finished this summer. Now contractors have less than three years to finish work on phase three, scheduled for completion by the end of 2020.

The massive undertaking is necessary to accommodate the highest rate of traffic flow in Alabama.

“The bridges along I-59/20 and portions of I-65 through Birmingham's Central Business District [CBD] were originally designed to accommodate 80,000 vehicles per day,” according to the Alabama Department of Transportation's 5920bridge.com. Today, the traffic far surpasses that number with 160,000 vehicles traveling over I-59/20 and 130,000 on I-65 per day, said DeJarvis Leonard, ALDOT's regional engineer.

“Over the past 40 years, as traffic has skyrocketed through the city of Birmingham, the junction of I-65 with I-59/20 has become labeled as 'Malfunction Junction,'” said Leonard.

Phase two, awarded to Granite Construction, involved the modification of the interchange at I-59/20 and I-65. The purpose is to separate on and off movement on the Interstate, which will be accomplished by removing several conflict points from the ramp configuration in place, Leonard said.

“We have cranes and cranes and more cranes, including two 220-ton cranes,” Leonard said. “The project has made significant progress. You can literally see the change in the skyline with the new ramps being constructed and put into place.”

Phase three, awarded to Johnson Brothers, a subsidiary of the Texas-based Southland Holdings, includes the modification of the interchange at Red Mountain Expressway, U.S. 280 and U.S. 31. It also includes the demolition of the elevated section of I-59/20 and construction of the new bridge.

“Just recently in the last few months they brought in two large 300-ton cranes to help set some of the girders,” Leonard said. “They bring them in in pieces on lowboys and flatbeds. It came in parts and they had to put it together. The contractor has bulldozers, track hoes, all those different items on the project.” 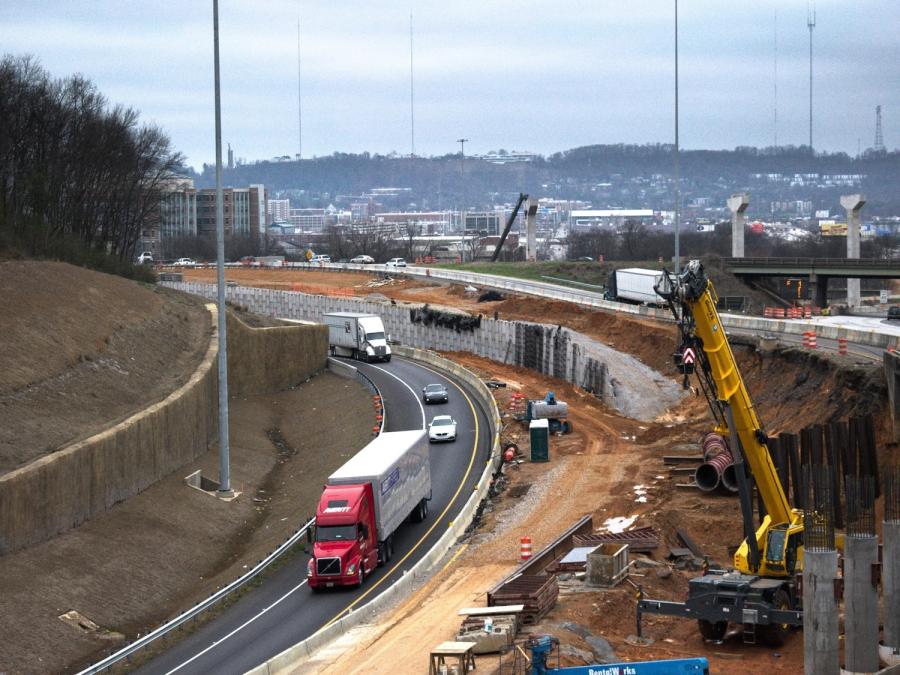 The biggest challenge of the project has been getting the work done as nearly 300,000 vehicles travel the two Interstates.

“We have closed some ramps, we have closed some lanes, but primarily when there is significant traffic shut down, this work is being done at night,” Leonard said. “We set some girders across mainline 59/20 and closed it from midnight to 6 a.m. to allow workers to set them. One is in excess of 300 feet.

“However, we are going to close the main line 59/20 in the fall of 2018. The contractor will have 14 months to demolish the existing bridge and reconstruct the new bridge and put it in place. This work has been done by using segmental construction at the casting yard in the city. It's all precast and ready to go to work once demolition is complete. Or, while demolition is going on. We'll attack it from three different locations and directions.

“It's like a puzzle. You build parts of the bridge, set them in place and post-tension those so they carry the load. We post tension it with strings of steel cables and each one of the segments will have conduit so those strands can be placed through and we can post tension the segment.”

The project has created more than 300 construction jobs and additional 60 for managing the project. It is being paid for through a combination of funds from ALDOT, the Federal Highway Administration, and the Birmingham Metropolitan Planning Organization.